Why twins are both curse and blessing in African societies 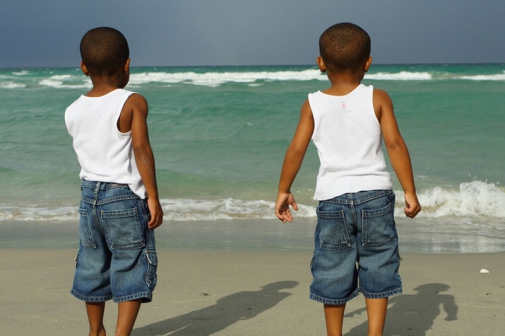 Early this week, the nation woke up to the shocking story of twin babies who died in unclear circumstances in Bungoma County.

According to the story, the newborns died when their mother was barred from entering her house by her father-in-law before special rituals were conducted to ward off the bad omen that the babies’ birth allegedly portended.

The babies’ mother, Lillian Wanyonyi, said she delivered the babies at a local dispensary and headed home to Wekelekha village in Kanduyi constituency after being discharged.

Her husband, Charles Wafula, was elated. He had been looking forward to the delivery. On the day his wife was discharged, an excited Wafula took her home,

However, their joy would quickly dissipate when his father, Joseph Nyongesa, denied the couple entry into the homestead.

Nyongesa maintained that the twins, who were the couple’s firstborns, would not be allowed into the home until certain rituals were conducted.

Cuddling her babies, Wanyonyi fled to a nearby maize plantation where, as the story goes, her babies died two hours later in the dark.

This incident illustrates the myths that governed the attitude many African societies had to multiple births. While many communities have discarded such beliefs, the birth of twins still elicits varied reactions.

Mercy Anyango (Apiyo) has every reason to be thankful to her maternal grandmother. Anyango says that if it were not for her mother’s mother, she might never have been allowed to live.

When Anyango was born some 40 years ago, there was jubilation, not only because she was the first-born but also because she came with her twin sister, Pamela Adongo.

But the celebration was short-lived. The babies’ birth was considered to be a curse, although several members of her extended family had other sets of twins.

“In our community, it is a bad omen for the first children to be twins. It is not good,” she said.

Myths about twins still exist in some communities despite the influence of civilisation and globalisation.

‘Woman beheads her three-week-old twins’, ‘Man abandons wife after birth of six sets of twins’, and ‘Woman loses her twins on claims they are a bad omen’, are some of the headlines reported over the past year on the myths about twins.

Chinua Achebe, in his novel, Things Fall Apart, published in 1958, describes the myths around twins. Some of these are still active in African cultures.

In Achebe’s book, the Earth goddess was said to have decreed that twins were an abomination and should be destroyed. The community risked suffering the wrath of the goddess if twins were allowed to live.

Consequently, when twins were born, they were put in pots and abandoned in the ‘evil forest’ to shiver, starve, and cry themselves to death.

Among the Turkana, for instance, twins were believed to be a bad omen.

Mr Charles Lokioto, a community elder, said the birth of twins was viewed with superstition and the possibility of one of them dying was often high.

But among the Kalenjin, it was a different story and the birth of twins was taken to be a blessing.

John Bor, the chairman of the Terik Council of Elders, says twins were welcomed with celebrations.

“When twins were born, the whole community was happy. It meant that Asis, their god, had seen and blessed them,” said Bor.

He added that the children would get the best food and clothing.

Francis Chebotipin from the Pokot community, a sub-tribe of the Kalenjin, however, says there are still rituals conducted when multiple births occur.

“Although the community moved away from killing the babies, rituals still have to be performed by the elders before the children are named,” Chebotipin said.

He explained that the rituals of cleansing both the babies and their mother are meant to ward off curses that could befall the family or clan.

“Giving birth to several babies in a single birth is ‘heavy’, according to our cultural beliefs. The situation requires rigorous intervention from elders who are mandated to do thorough cleansing,” he said.

If twins are delivered in hospital, Chebotipin says the cleansing ceremony should be conducted before the children are allowed to enter the house.

Among the Maasai, the birth of multiple babies was regarded as a blessing. However, there was a caveat: This was only so if their mother was circumcised.

Before the campaign against female genital mutilation took root across the country, it was considered taboo for an uncircumcised woman to deliver multiple babies in a single birth.

“If such a thing happened, the mother of the babies would be circumcised immediately to avoid a curse. An uncircumcised woman giving birth to multiple babies in a single birth was a curse and to cleanse her, the woman had to be circumcised,” Harrison ole Kamwaro of the Maasai Council of Elders said.

However, the babies were not harmed.

Mzee Opiyo Otondi, the chairman of the Luo Council of Elders, said a woman who gave birth to twins was considered a heroine and would be celebrated by the community.

He said Luo tradition recognised twins, with the first one being named Opiyo (male) or Apiyo (female). The second one was named Odongo (male) or Adongo (female).

He admitted that even though modernity is fast taking over traditions, it is important to observe some of the practices that fostered development.

He said twins were given special treatment.

While the Meru rejoiced at the birth of twins, the Kikuyu considered them taboo.

To shield the community from curses, the newborns were killed immediately.

Kikuyu elder Mwangi Gachagua said midwives bore the grim responsibility of ensureing that such babies did not live.

However, the custom ended with the advent of Christianity.

In the traditional Meru community, the birth of twins was celebrated as it was regarded as a special blessing to the clan.

The family of the twins was respected by all and no effort was spared to ensure that the mother was comfortable.