Why I walked out of my marriage 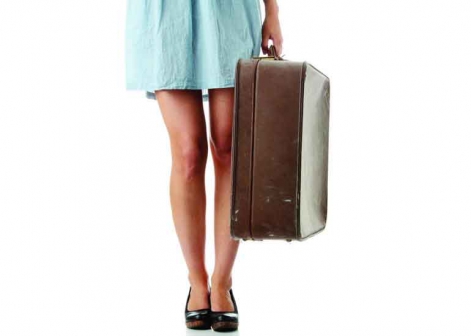 My marriage ended five years ago. Two years before that, it had officially died but like many women, and men, I held on, believing that a new tide would come and things would change. They did. But not for the better.

I was married for five years to an English man. We were both artists, dreamers. We believed we would make our fortune by hitting the New York Times Best Selling list or winning that elusive Oscar. Our big plan was for me to get into the industry first and once I was in, I’d pull him along. In the meantime, he would make sure a roof remained over our heads.

This plan worked for the first few years, those two years of ‘dreams’ when everything is possible. But soon pressure started building around tight finances and us, learning how to relate with each other. I always thought our biggest issue would be cultural differences. He was white, born and bred in East London. I was black, born in Kenya, bred in Swaziland. We were different.

The final blow was when I returned to Kenya to get a permanent visa but the visa was not granted because we didn’t have ‘sufficient funds’.

The long distance relationship highlighted everything. We were two young people, married, but living apart, neither one truly being sure about the other’s devotion or love or dedication to the marriage. Our breaking point came on a Christmas holiday that he visited me in Kenya. We made a decision; to find a way to live together in one physical location or to be prepared to make some difficult choices.

After many ugly fights and accusations and family being forced to choose sides, we called it quits in August. We had met online. We got divorced online (this is not legally possible, you can break up on line, but certainly not divorved).

This perhaps isn’t the typical story of most Kenyan couples, but the underlying currents are the same. Accusations of infidelity, not being around enough, not trying hard enough, family interference, peer group interference, lack of respect, lack of consideration, all those things.

When I look back, I accept that my Ex and I were probably not right for each other.

There were things about him that I knew I could never accept for instance he was super possessive. As the second last born in a family of six, having lived my entire life being told what to do, the last thing I wanted was to be put in a box in my adulthood as well. But he had come from a broken home of an abusive father and the last thing he wanted was a situation he felt he couldn’t handle. I needed freedom. He needed control.

We were naturally set on a collision course but we got married anyway hoping everything would somehow take care of itself. We wrapped it in a pretty ceremony and called it ‘till death do us part.’ All we managed was five years.

My story is similar to that of 41-year-old Tina, a Marketing Manager at a top end company who was also married for five years. Though highly successful, it took Tina a long time to learn to love herself again after her marriage ended.

“I had married my childhood sweetheart. Over the years I wanted more for my life but he was happy to stay exactly where he was. The strain of tugging in two different directions crippled us.”

Tina says she realised how bad things were when he tried to beat her up at a Club. She was rescued by his friend.

“Leaving wasn’t something I decided in one day. It was a process. I realised I had lost my sense of identity and I could either stay and try to save the marriage or leave and try to save myself.”

Emily, an auditor was married for seven years. “At 30 when I left my husband, the most painful thing was a feeling of betrayal from life. I had followed all the rules, I was even a virgin on my wedding day. I had done all the things a ‘wife’ is supposed to do. But I still failed. Why would my family accept me back?”

Serah, who is currently going through divorce procedures, is most worried about her children. “I didn’t want to teach them to stay in an unloving environment but now I also feel like I have denied them a complete home, like I had growing up.”

It is clear; separation is a complex and painful affair. There are no easy answers and no easy decisions. Maybe the best answer is after all considerations, to always choose the path towards your happiness, whatever that looks like to you.

— You can reach Mona on [email protected]

12-year old girl rescued from two marriages in one month