Too much sex can make you miserable! Yes, you read right!

Between The Sheets By Rose Nganga 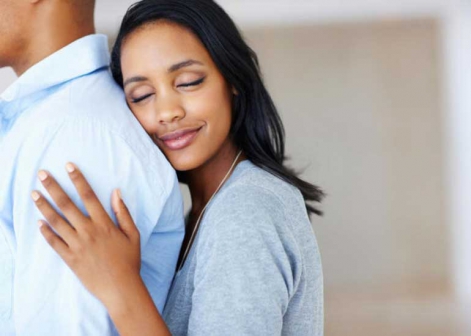 Here’s six surprising and realistic sex resolutions to take the pressure off and revitalise your sex life - all backed up by research.

Yes, you read it correctly!

Instead of waiting to feel magically turned on enough to rip each other’s clothes off (easy at the start, not so realistic a few years in), plan sex sessions.

A UK study found married couples who had at least one date night per month were less likely to break up and US sex therapist Ian Kerner is backed by many prominent sexologists who believes planned sex means better sex.

“You have to stop saying ‘we’ll definitely do it tomorrow, but let’s just cuddle as a symbol of our undying affection for each other tonight’ and start scheduling sex on your calendar. It’s the only way you’ll ever get back into doing it regularly,” says Kerner.

Yes it goes against all you ever thought about sex - that it should happen spontaneously - but how far has that got you, really?

Think of it like this: if you wanted a dinner party to be extra special, would you plan ahead or just see what’s in the fridge on the night?

You’d plan it, of course.

Beans-on-toast style sex is fine but it’s not going to thrill you if that’s all you’re having day in, day out, week in, week out, year in...

Once a week is enough

A significant 2016 study found couples who had sex more than once a week were no happier than couples who did it weekly.

Once a week appears to be the magic number for long-term sexual happiness – with new evidence (from a university in Qatar) suggesting too much sex can actually make you miserable, leading to a decrease in desire and enjoyment.

An Australian study that looked at how long penetrative sex actually lasts with most heterosexual couples came up with this answer: 5.4 minutes.

The results ranged from 33 seconds to 44 minutes but that was the average time for intercourse, across couples of all ages and stages.

Sex sessions don’t have to last a long time to qualify as good, satisfying sex.

Don’t worry about getting old

A Canadian study found older adults (40 plus) are having more sex and better sex than they had when younger.

Older couples are getting more creative and adventurous with more than half surveyed saying they are more up to trying new things now than they were a decade earlier.

Have an orgasm any way you fancy

We’re moving away from research that firmly implied there is only one way for women to orgasm – through direct stimulation of the tip of the clitoris.

Researchers (in Montreal) found orgasm can actually be caused by stimulation of several hot zones in the body: the external clitoral gland (as above), the internal clitoral bulbs (concentrated around the G-spot), the cervix and non-genital areas like the nipples.

The age-old argument of ‘clitoral versus vaginal’ orgasm appears irrelevant since women seem capable of having orgasms by stimulation of everything from their lips and nipples to ears and neck.

Everyone else ISN’T having fantastic, effortless sex ten years in

A study of 1900 people found those in long-term relationships who were the most satisfied with their sex lives were those that accepted it takes hard work and effort.

People who thought if their partner was ‘truly right’ for them, good sex would automatically happen.

Don’t get me wrong, the right partner helps enormously!

But you need to keep trying new things, honing new skills and continually seeking inspiration to keep it all ticking along nicely long-term.