﻿﻿ Evewoman : My wife’s rich parents are pressuring her not to bear children with me. ​
​

My wife’s rich parents are pressuring her not to bear children with me. 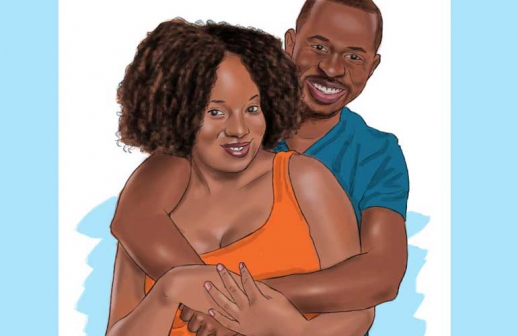 About two years ago, I married the love of my life but her family did not and still do not approve of our marriage because we are from different backgrounds. They are wealthy and I am an accountant by profession living an average life but trying my best to keep her happy. They constantly bring up issues and do things just to hurt me like calling her home anytime sometimes even for weekends and her mother is pressuring her not to bear children with me.

Now they have secured a job for her abroad and want her to travel early next year. Her parents are really pushing her and they have made all arrangements. I don’t think they have me anywhere in their plans and I don’t think I can manage a long distance marriage. She has asked for my opinion but I really don’t know what to say. Please advise me. {Davis}

That she sought your opinion on this matter means that she respects you. However, it looks like her parents are determined to separate you two. Tell her that you are comfortable with whichever decision she makes. If she opts to go, get yourself another woman. If she decides to take you along, then say yes and go ono.
{Esther Njoroge}

If her parents have been against this relationship then this is a smart way of separating you. Discuss this issue with her then let her parents know what you have decided. She needs to either choose her job or her marriage. But if her parents agree that both of you may go abroad then do not hesitate. By the way, you did not mention why her parents are against this marriage.
{Rosanne Miriti}

Set her free if she comes back you are meant for each other. {Beaty Robert}

Davis, it seems that your wife is playing along to this wedge that is being created between you two. I don’t think her family is the problem; she is the biggest problem in this situation and is just using the family as a cover for her actions.
{Kimani Njoroge}

ALSO READ: 'Innocent' phone habit could be a sign your partner is cheating on you

Davis, it can be tricky and frustrating to have in-laws who don’t appreciate and acknowledge you as being part of them. However, in a marriage it is the opinion of the two people involved that counts. Does she understand that going abroad will affect your marriage? Why is she not including you in her plans if she truly loves you? She may not be happy and is looking for happiness elsewhere.
{Andrew Didy Chaplin}

I strongly believe that she does not and has never loved you. If she can easily be influenced by her parents then there is no doubt she is still a child. The fact that you were never consulted on this is an indicator that you are not a significant factor in her life. Let her be and move on with your life, you have a bright future.
{Dennish}

A crisis is brewing in your marriage and it may just be the last nail in the coffin to cement their plans of separating her from you. I gather from your e-mail that there have been many direct and indirect actions that were probable indicators that they believe you are not deserving of her.

They probably know that they should not be making plans for her without your involvement. The right thing to do here would be to refuse to engage in any discussion involving this process until your parents-in-law engage you. Engagement in this discussion would not be meant to make them beg for you to allow her to go but to put all the facts to make the right decision. If she is reasonable about this, she will appreciate that there was an omission and may want to correct it.

Carrying on with the status quo will only create a situation where she will act line a middleman always seeking to consult with the two parties separately.

Refusing to engage will help to understand her position in this matter and you will also get to know what options are available to you. So far, it seems they are the ones pushing for her to go but we don’t know her side of the story. Could she have actually initiated this process? Could she be having an active role behind the scenes? How can her family secure a job for her without her consent and involvement?
Among many other questions, what did they perceive to be your role in all this, if any?

They could have won her over and are seeking to get her as far away from you as possible. There is very little if any goodwill in all this and yes, their plans most certainly may not include you. Getting answers from her could give you indications as to where she is placed in this marriage. Since she asked for your opinion in this, you should probably get hers first since she is the one who is already involved in this process. Should she decide to leave with or without your approval then the writing will be on the wall.
{Taurus}