Confessions: How do I tell my son his father is my uncle? 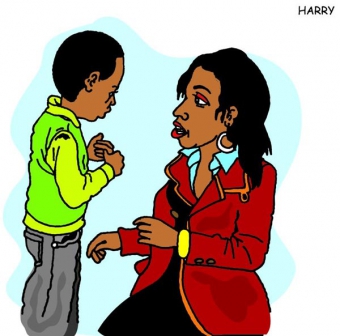 I am a single mother and my son is 11. Lately he has become very stubborn and is asking questions about his biological father.

The problem is that at the time of his conception I was having an affair with my uncle. I was 17 and naive but the relationship was consensual, he did not force me into anything. He knows that he is the father of my son and he helps me to raise him but nobody else knows about this.

My son is very keen on this because he is being harassed in school when he cannot tell the other boys who his father is. He is nagging and I don’t think he is going to let go of this until he gets to the bottom of this matter. I just don’t know what to do now.
{Vivian}

That is a dilemma facing many single mothers. This is one of those secrets that have to be taken to your grave. Remember you got a child with your uncle – I don’t know how your son will take this if he found out. Leave things as they are. Even if you were to tell him at some point, this is really not the right age to tell him something as strong as this. You can wait until he is mature enough then you can give him some more info.
{Fred Jausenge}

There are two things that will surely happen whether you tell the truth or not. First, you need to accept that what you did was wrong and you have to find a way to calm your son down. Whichever decision you make, this will have consequences. You better just tell him the truth and let things flow from there. The truth shall set you free.
{Ouma Ragumo}

Your situation is very unfortunate and painful since it was built on sandy ground and the appointed time has come that it must be swept away. At this point only the truth can set both of you free. However painful it is, it is the only way. Seek advice on how to cause the least amount of damage and start the healing process.
{Charles Olanya}

ALSO READ: Girl code: You’ll just have to learn to live with us

Tell your son whom his biological father is. Why deny him the chance of knowing his father now yet in the long run he will come to find out who he is. He will feel betrayed by both of you.

You either tell him the truth or come up with a permanent lie about his father. It could be that he went abroad and you have no way of getting in touch with him. You should also be a bit careful with this as he may have gotten some hints from your relatives and wants to confirm. He could be playing games with you so seek to find out how much he knows first. However, remember that only the truth can set you free.
{Onyango Outha}

The situation you are facing is a result of the principal differences between raising a boy and a girl. Naturally, each one of us is curious to know our biological parents but this has an even higher bearing on boys compared to girls. This is because boys base and mould their identity from that of their father so it has much more significance to them.

The fact that nobody else knows about this makes this even more difficult for you. However, I would ask if you have consulted him over this matter and what his response was. Looking at this, the whole truth may put your son’s soul at rest but what will it do to your big secret?

It will just be a matter of time and the whole world will know. It could also have some effects on your son where among others knowing that he is the product of an illicit incestuous relationship may affect him even further. This can also spark untold animosity between him and his cousins who will now become step-brothers and sisters and could put a strain on the whole family.

ALSO READ: Confessions: Poor sexual performance makes me feel like I am not qualified to marry

Remaining silent on this matter is certainly not an option. Something has to be said to put his soul to rest. You may introduce a vague story about his father that would have a loose end such as he left the country or you really don’t know where he is.

However, it may help if he got some form of settlement at some point and he knew that it was from his father. This would reassure him that despite the differences between you and his father, his father still recognises and appreciates him as his son.

In so doing, you will not necessarily be protecting your uncle but we are looking at the greater good of the whole family. Nonetheless, it is important that he works on the consideration aspect and continues his upkeep. He should understand that this is just as much about him as it is about his son so I hope he compensates you well for the sacrifice you make for him.

If things are working well the way they are then there is absolutely no reason to rock the boat. This is something that can create sharp differences between the family members and it will set a bad precedent for the younger generations. How will your whole family place you once they find out about this?  There is a lot at stake here and it ought to be protected for the good of the whole family.
{Taurus}

Girl code: You’ll just have to learn to live with us

Confessions: Poor sexual performance makes me feel like I am not qualified to marry

Why sleeping separately can save your relationship