﻿﻿ Evewoman : Dreaming your partner is cheating on you? This and other common dreams explained by expert ​
​

Dreaming your partner is cheating on you? This and other common dreams explained by expert 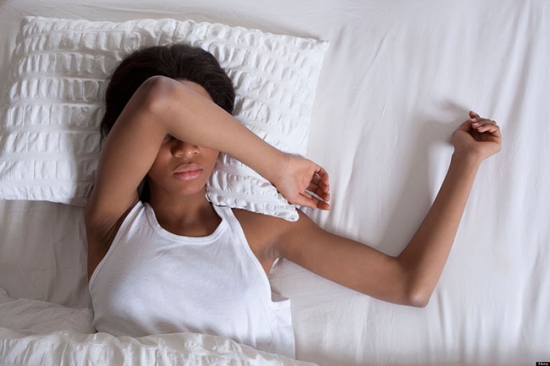 ALSO READ: Five tips on how to sleep when pregnant

Have you ever had an awful dream in which your partner cheated on you? Apparently you're not alone, as it's one of the five most common things our minds play out in sleep. Dreams can be mundane, surreal, or even verge on terrifying. It is thought that we typically have several a night, each lasting between five and 20 minutes, although we tend to forget most of them.

But how can we explain the ones we do remember? It is often our insecurities about our age, lifestyle, partners' infidelities and career choices which cause us to live out our fears in our sleep as we lose teeth, feel lost in unfamiliar places and fall from heights.

We caught up with Delphi Ellis, a qualified therapist and specialist in dream analysis, to learn about the five most common dreams and what they mean.

"Do you remember the story of Alice falling down the rabbit hole in Wonderland? Your dreams take you on a journey every night, and to dream of falling depends very much on how you experience it. "If you're enjoying the sensation of falling, you're most likely relishing the feeling of not knowing where the latest adventure in your life takes you."

"If you dislike it, chances are you're feeling out of control and don't know what's next.”Either way, the dream can highlight that changes are ahead and the future to some extent is unknown."

"This dream usually represents anxiety that something is catching up with you. If you know what's chasing you in the dream, this gives you a clue as to where the problem lies; however many people just know they're being chased or sense a presence coming to get them. "It may be that you have some unfinished business with someone or you're worried that the past is somehow influencing your present."

"This doesn't mean you've done anything wrong; many people today feel they're not 'good enough' in many areas of their life."

"If you're having this dream, perhaps you worry you'll be replaced by someone or something 'better' at work or at home."

"I'm often approached by people who have dreamt their partner is cheating and are worried their subconscious is trying to communicate this to them."

"Whilst it's fair to say we receive messages from our subconscious on many levels, this dream usually suggests a fear a partner will cheat, rather than evidence they're actually doing that."

"This is particularly the case where someone has been unfaithful in the past in real life, reflecting an insecurity it could happen again.  The dream is most common, ironically, when the relationship is going well."

ALSO READ: Seven tips to get a good night’s sleep as a new mum

"If in doubt, put the elephant in the room and talk with your partner about it. If nothing is going on, they'll gladly reassure you that you have nothing to worry about."

"This is a really common dream, the interpretation of which is steeped in traditional meaning."

"For some cultures the teeth represent people, so to dream of losing a tooth may symbolize a fear of losing someone close to you."

"Today, teeth can also represent status and wealth - so, again, to dream of one (or several) falling out can suggest that money is an issue."

"Lots of people dream that the teeth are crumbling into the mouth."

"Anything in the mouth in a dream can symbolize a problem with communication, so have a think about with whom you're struggling to get your point across."

"A common dream is that you're in a house, perhaps one you don't recognize."

"Houses in dreams often mirror our view of our place in the world; the outside of the house reflects what you're prepared to let the outside world see."

"If the windows are neatly dressed and the garden well kept, you could be trying to show people that you're organized and that everything is under control."

"What's going on inside the house, though, can give away your authentic emotional state."

"So, if the house is run down, you may have been overdoing it and need some time out."

"Rooms in houses are also important. A lot of important conversations take place in the kitchen, so pay attention to the rooms which appear in your dreams and what message they're trying to convey. Some houses have hidden rooms, which suggest that an opportunity has been presented to you and is waiting to be explored."

The ABCs of safe baby sleep: How to ensure your baby sleeps well and safely

You ain't coming in here and sleeping in my bed: Oprah quarantines partner in their guesthouse