You should smell 'dead beat' dads miles away 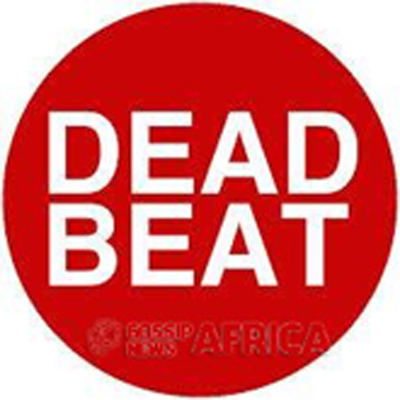 A passenger lands at Wilson Airport in a plane from Waterloo in Sierra Leone. He is sweating profusely, bleeding from the nose and throwing up all over the loo. What would you do, hug him or contact KNH and yell, ‘Hello, Ebola!’?

If you answered in the latter, clap for yourself (if in the former, slap yourself). It would be your ‘Waterloo’ if you canoodled with the chap.

So why is it that with the now infamous deadbeat dads, women refuse to see the flashing signs, signals and beacons from miles away?

I went through a Facebook page called ‘#DeadBeatDads’ that has trended so much, it is even been talked about in the BBC radio and written about in the respected ‘Guardian’ newspaper.

I saw a lady complaining about a guy called Gerry she met on Facebook, who she said tricked her by saying he was a pilot with some airline, but turns out he’s a deadbeat.

The guy’s profile picture shows him in shades, in a cheap gin T-shirt and deadbeat pants, sitting on a newspaper and chewing khat with a packet of cheap cigarettes and a Fanta (a Fanta!) beside him.

Now, which part of that picture does not scream ‘Deadbeat dad’, lady?

And then there is Charlie who the ‘complainant’ woman claims she personally fished from remand five times (what, did you two meet in the common corridor of a cell block in a police station, those ones separating the men and women’s sections?); Charlie, who she says absconded the hospital while she was in labour; Charlie, who never paid rent, forcing her mother to house and feed them — yet her main beef is that, in spite of all these, the man fled to his own mother’s house — and has refused that the child be named after his side of the family.

Is it only me, or is there something very crazy about this situation?

Ladies, help me out here. Maybe it makes sense in some dystopian part of planet Venus, but here on earth, I thought a woman would be delighted if her criminal, broke, deadbeat dude finally ‘fled’ to his (wait for it) mommy’s house, instead of hanging around being as useful as a housefly.

Then there is Sarai, bitter about Eddie, who she says is jobless, broke, cannot afford rent, lives off women, has three other baby mommas, but (drumroll please) ‘she is going to serve his ass (court) papers.’

Sarai, your head must be as resoundingly hollow as a ‘karai’.

The fellow’s ass is itself ‘deadbeat.’ So even if you serve it papers, where will it get money to help you with child maintenance? ‘Ama’ you want to form a chama with your fellow baby mommas ‘Wa-Mama Against Eddie’? If you do, I suggest you call it Wamae.

Or you could just cut your losses, pray to the Lord and prepare to raise that ‘toi’ with the help of your mom, who sounds Godly and kind-hearted. I mean, she fed Ed!

Then there was this man, Ken, exercising his right of reply against a woman called Ann, who had attacked him on that FB page as being a ‘deadbeat dad’ and attached snaps showing him feasting on chicken, while his kid presumably ate like a chicken (corn ‘na’ beans, daily).

ALSO READ: 'My mum’s boyfriend has moved in and acts like he’s my dad... I hate it'

Ken amused me with his ‘gethongo’ saying he had ‘heard rumens that she was going around with other menses.’ (sic).

So he had listened to the grapevine from the first stomachs of ruminants (goats) that Ann was going around with discharged blood particles?

'My mum’s boyfriend has moved in and acts like he’s my dad... I hate it'