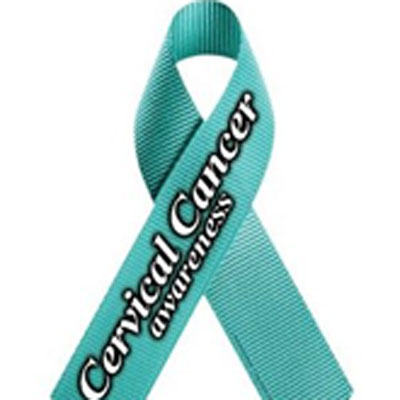 There is increasing alarm about cervical cancer in Kenya as the killer disease continues ravaging thousands of women in the country every year.

Medical specialists are worried that too many women are developing the cancer unnecessarily and facing the pain and hassle of expensive treatments when there are effective and relatively inexpensive techniques of preventing the disease or catching it early. .

In Kenya, Cervical cancer is a huge threat. According to the World Health Organisation, the disease is nearly six times more prevalent in Kenya than in Western Europe, and ten times than in the United States. It is also the cancer that kills most women in Kenya,

Dr Jean Kaggia Senior G‎ynaecologist in private practice in Nairobi says that most women in Kenya, especially those in rural areas are largely unaware of cervical cancer and its risks to their lives.

"The acute lack of awareness about this cancer is partly responsible for the high number if women who don't go for regular screening and those that get the disease end up presenting too late when it is very advanced. This hampers the fight against the disease,"she says.

Indeed, a research study done last year in Kisumu established that very few women (6%) had ever been screened for cervical cancer and many of them had not even heard of the disease.

The study was published in the International Journal of Gynecological Cancer. This is despite the fact that, Eastern Africa has the highest incidence and mortality rates from cervical cancer worldwide.

ALSO READ: Kenya loses first doctor to COVID-19 at only 39

On his part, Dr. Ahmed Kalebi, a Consultant Pathologist and Managing Director of Pathologists Lancet Kenya, the largest network of private laboratories in the country, says women can easily be screened for cervical cancer and treated quickly before the disease takes root.

He explains that through simple and effective procedures such as pap-smear, visual examination and PCR test for HPV DNA, the doctors can determine if the cancer is about to develop and cure it before it establishes itself.

"Cervical cancer screening is crucial as it detects cell changes in the cervix before cancer even develops. The changes can be treated and cancer can be prevented" he says.

He adds: "Instead of suffering the pain and trauma as well as expense of treating fully-blown cervical cancer through surgery and radiotherapy, the easier and cheaper option is to prevent it through regular screening "

A study by researchers at the University of North Carolina at Chapel Hill suggests that training women to self-collect genital samples to test for the presence of the virus that causes the cancer, will boost screening and increase detection rates of the disease and treatment, especially among women who are uncomfortable with invasive pelvic examinations.

The study, published online by the journal Sexually Transmitted Diseases, collected data from 350 female sex workers in the Korogocho slum area of Nairobi from August 2009 to March 2011. It found that samples collected by trained individuals was just as good as those collected by medical specialists.

Dr. Kalebi, who is also a Honorary Lecturer at the University of Nairobi, further explains that with visual exams, the cervix is checked for an abnormalities that may point to the cancer while in pap smear, cell samples are scraped from the cervix for microscopic examination to check for abnormalities.

He adds that HPV tests is the newest advance that is set to revolutionise and simplify cervical cancer screening as it is simple and very effective. The HPV test looks for the DNA of the Human Papilloma Virus, which causes almost all cases of cervical cancer.

Recently, the US Food and Drug Administration, which regulates medicines in that country, approved a HPV test called Cobas that can be used for primary screening of cervical cancer instead of Pap smear.

Dr. Ramadhan Marjan, a Gynaecologist based in Mombasa now calls for more efforts to enhance awareness of the disease to encourage women to screen for the disease and also seek appropriate treatment in good time.

"Once Kenyan women become aware of cervical cancer and the need for regular screening, this disease can easily be tackled, and every woman in Kenya must have a cervical cancer screen at least once in her reproductive age" he says optimistically.

Dr. Kaggia laments that the regular tests for cervical cancer are also too expensive for most women to afford, with most choosing to undergo only visual examination of the cervix rather than pap-smear and HPV tests. She expressed that the costs will go down in the near future.

Kenya loses first doctor to COVID-19 at only 39