Ken Okoth: I have a dream for Kibra

My Man By Joe Ombuor 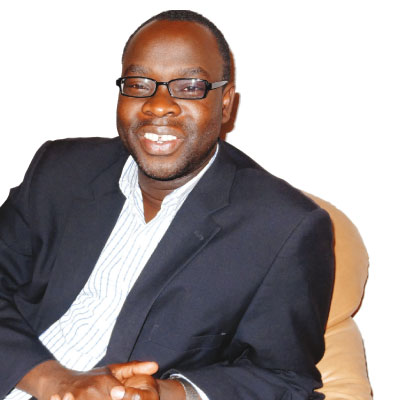 Ken Okoth, the MP for Kibra did not vote for the controversial VAT bill and he has no apologies to make over it. Looking me straight in the eye through his thick-rimmed spectacles, he says: “My spectacles are not objects of prestige, but emblems of paucity.  I would not be wearing them had I grown up in a privileged background.”

The first time MP who ran away with part of Raila Odinga’s larger Lang’ata Constituency after beating six opponents in the last general election adds:  “My conscience could not allow me to subject the poor to more hardship via my vote”

Flashing a smile that exposes the gap between his upper teeth, the MP wonders how many of those MPs who voted in favour of the VAT bill used nyangile (kerosene tin lamp) to study during their primary school days. “Nyangile damaged my eye sight.

I would be out of my mind to do anything that would make life harder for people like my mum who sold anything from clothes to paraffin and tomatoes in Kibera, to bring up six children.”

“Granted that the price of unga, milk and other select stuff are spared in the weight of the bill, other basics like textiles that hide our nudity, shoes, fuel and even mobile phones that are increasingly becoming a necessity, will move further from the reach of the majority poor.  I feel it as I remember my days at Olympic Primary School in worn out sandak shoes and patched uniform. My sweater had holes on it.

“I first set my eyes on my hero, Raila at Olympic when he visited and addressed us — the pupils.  He told us nothing was impossible and gave the example of himself.  He had just emerged from years in detention and won the Lang’ata parliamentary seat without the assistance of his famous father. The inspiration kindled a fire in me that burns to this day. When I decided to vie for the Kibra parliamentary seat, I drew confidence from the realisation that it was tough, but not impossible.”

Kenneth Odhiambo Okoth was born at Kibera’s Kisumu Dogo (little Kisumu) in 1978, the fourth born of six children. His father abandoned the family early in his life, leaving his mother, Angelina, to bring them up as a single mum.

“I grew up in Kibera. We lived in a ten by ten hovel about 30 metres away from the railway line where the trains’ rumbles that ought to invoke danger were the norm. As children, we precariously played on the railway line.

“That was until one day in 1981 when bulldozers came trundling and without any warning, flattened down the hovels, ours included. We were in the cold for a while before we moved to a two-roomed shack. We shared a toilet with five other families. Water was drawn from a communal tap outside.”

“After Class Eight and 613 out of 700 marks in the Kenya Certificate of Primary Education (KCPE), I was selected to join Starehe Boys Centre. Marks and background qualified me for a sponsorship that saw Save the Children Fund come to my rescue. I received a four-year full sponsorship,” he says.

He grins,djusts his spectacles and continues: “Figure what would have happened to me if the scholarship did not come along. I would probably have gone into bhang in those formative teenage years. Or I would have joined criminal gangs in the slum. I would probably be dead by now.

“Prior to secondary school, I had not known a three meal diet. Eating from the trash bins was just normal.  I seldom went back home, choosing instead to remain at school studying.

“It was at Starehe where I used a bed for the first time in my life, graduating from shared mats or mattresses spread on the floor. Oh, what a change it was for me!”

“Dr Geoffrey Griffin and the teachers under him, impressed upon us the importance of self confidence and determination in life. They told us giving up was not an option and that education was meant to make one self reliant, regardless of the circumstances. Griffin was a great teacher and mentor. May his soul rest in eternal peace.

“I owe it to the spirit instilled at Starehe that I faced life positively after Form Four when I could not take my place at the University of Nairobi to study Law for lack of the mandatory fees on top of the loan from Higher Education Loans Board (Helb).

“Undaunted, I went to a media house where I had done voluntary work in the past, and they allowed me to sell newspapers. The Goethe Institute had meanwhile, allowed me to study German almost for free. In return, I at times, doubled up as a watchman at their Maendeleo ya Wanawake House premises.

The future MP occasionally had to walk all the way to Kibera from the city centre when he could not raise enough fare.  Many were the times he picked matatus from the city mortuary area after a walk from town to ‘save on fare’. Hard work paid off, and it was not long before he combined newspaper selling with distribution of newspaper s to select offices.

“I delivered The East African every Monday in offices along Ngong’ Road all the way to Karen. One of these offices served Saint Lawrence University in the United States. Was it possible for me to attend this university? I converted my curiosity into a question one day, and I was given information to apply for a scholarship. My journey to the United States where I studied with a full scholarship and taught for seven years had started.

“I did German and European studies for my Bachelors degree. I went to the school of Foreign Service at Georgetown University, Washington DC for Masters in International Relations.

Okoth taught the children of top leaders and diplomats based in Washington DC. “I taught at Polomock School.  Among my students were grandchildren to former US Vice-president Dick Cheney,” he proudly says.

His teaching stint in Washington DC gave him the perfect opportunity to interact with the cream of American leaders, ambassadors and top figures from all over the world.  He was later to attend universities in Denmark and Austria with opportunities to travel all over Europe.

Okoth was a victim of rampant unemployment ravaging Kenya today with dire consequences, including desperate young brains resorting to desperate means such as being recruited into terror cells for survival. “It is this vice of unemployment that our leaders should get worried about. It is responsible for all kinds of vices among our youth,” he says.

He recounts how he returned to Kenya only to run into unemployment, forcing him to cross over to Tanzania where he was instantly absorbed at the University of Dar es Salaam. Recently married, his wife Monica is a teacher.