How to 'friendzone' a woman 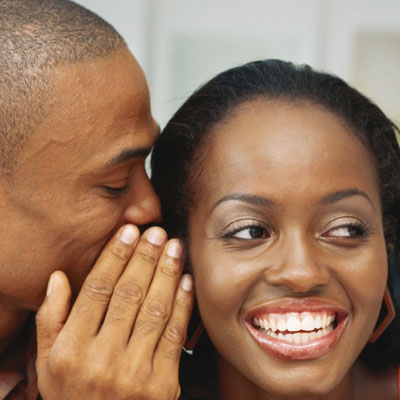 ‘Friendzoning’ is an exclusive female privilege anywhere in the world. It is a privilege widely abused by women and for which they will go to hell in droves.

From college to the workplace I see men who live in the friend zone unwittingly. Of course, for a man to be ‘friendzoned’ he has to have some basic measure of stupidity as not to read the signs or he is too flattered by the audience from his object of fantasy to care.

However, at times, the shoe can be on the other foot. A woman can actually be ‘friendzoned’. Many are. But ‘friendzoning’ a woman is a different ball-game altogether. Personally, there are instances in the past where I friendzoned women as amorous pressure battled with guilty feelings in my mind. It is a tricky balance. I mean you have a woman who wants you and does nothing to hide her intention, can it get better than that!

Thing is, for men, if a woman does not meet your standards, it hard to compromise. Okay, I have lied there. There are only two exceptions; when drunk and when randy. However on a sober day, any man knows what they want in a woman. Sometimes the woman who presents herself can be exactly what he wants, but men still hate a woman who readily presents herself to them, however flattering the experience is at times.

Women too have their crushes. Mostly inaccessible TV stars… But when they come across a tall, handsome man, who happens to be witty and somehow monied, they can avail themselves using simple tricks in the book. They will pick on you for a dance at a party. They can endlessly stalk you on social-media platforms, or insist on paying you a visit to your place where they dress like a pole-dancer on duty. Men always can read the signs. We do. But if we don’t feel her, we act like the next electric pole.

As a man, we friend zone a woman by mostly ignoring her or acting clueless, she cannot believe our naiveté. Lately though, there are some bold women who state what they want from the word go. And that is invariably a challenging call. I mean how do you say no to a woman without hurting her feelings. You already know that from the way she likes you she might trap you into an inconveniencing pregnancy or anything to keep you. It calls for men to use bigger brains. But anytime the bigger brain has entered a duel with a smaller brain (read the groin), the small brain has always won, with calamitous results.

If a woman showed sexual interest towards me, and the feeling is not mutual, I mostly play dumb. I keep her close, often showing clues here and there but always retains a casual disinterest. If I have friends around who might be interested in her I pass her around. Some of these women often mistake that we have something going on. I like pretending to be busy or I make a disappearing act, occasionally calling or meeting them for a coffee date but I never suggest any next move. I stick with normal talk on weather and such. Mostly they get the clue.

Some vanish peacefully. Some with grudges. No one consciously likes the friend zone.