Former Citizen TV  presenter Joey Muthengi on Sunday caught the attention of her fans after revealing the struggles she went through battling eating disorders. Through a series of tweets aimed at helping young girls feel comfortable in their skins, Joey revealed how she would deliberately starve herself to become skinny.

While in high school, Joey says she suffered bulimia, which is defined as, "an emotional disorder characterized by a distorted body image and an obsessive desire to lose weight, in which bouts of extreme overeating are followed by fasting or self-induced vomiting or purging.

"I went to Caucasian Schools for a majority of my teen/high school/college life and being thin was the in thing. If you couldn't show a bit of your hip bones and flat tummy, then go to the gym," narrated Joey. "So I grew up conditioned not to accept anything other than being a skinny Becky. I then developed an eating disorder. In High School, I would eat all the food and throw up in the bathroom later. What they don't tell you about bulimia is that you end up consuming more cals that way."

The former 10 over 10 TV host says she went through the same in college, and after landing on TV a few years later, she stopped eating altogether. Joey went on, "I looked great in those dresses they gave me but underneath I was suffering." The pressure to maintain her image every time people asked her how she managed to stay thin made her continue to starve herself.

I got it under control for a few years after then somehow I landed on TV. Then I stopped eating at all. I looked great in those dresses they gave me but underneath I was suffering pic.twitter.com/rrYY06traW — Joey from Friends (@Joey_Muthengi) August 9, 2020

The sassy former TV host recalled how her mother thought she was sick because of how she became a skinner due to her job. "I remember walking into my mom's Kitchen with sweatpants falling off of my waist and her saying...I don't like this job for you. I had never told her about my anorexia/bulimia but it was like she knew. She told me I looked like I was sick," says Joey.

Joey was stressed to the point of losing herself. After someone sent her a before and after photo of how she used to look, Joey says she decided to put her health first. She adds that despite looking great outside, what she was going through caused her so much pain.

Several Kenyans who were touched by Joey’s story took to the comment section and thanked the former TV host for inspiring others with her journey.

This is what a real african Queen ought to look like. You are so beautyfull MashaAllah. Keep up with your diet. Eat right,drink water,sleep good.
There is more to life outside here.
You will be okay. — Kerr Ramogi Ajwang (@ajwangramogi) August 9, 2020

Dear Joey,
I know I can never satisfy u materially but I can satisfy n fill your heart with Love. I know I can never take u out for the night but I can take the nights off to go for stargazing. I honestly love you.
From
An honest love — African Parrot (@Parrot_Afr) August 9, 2020 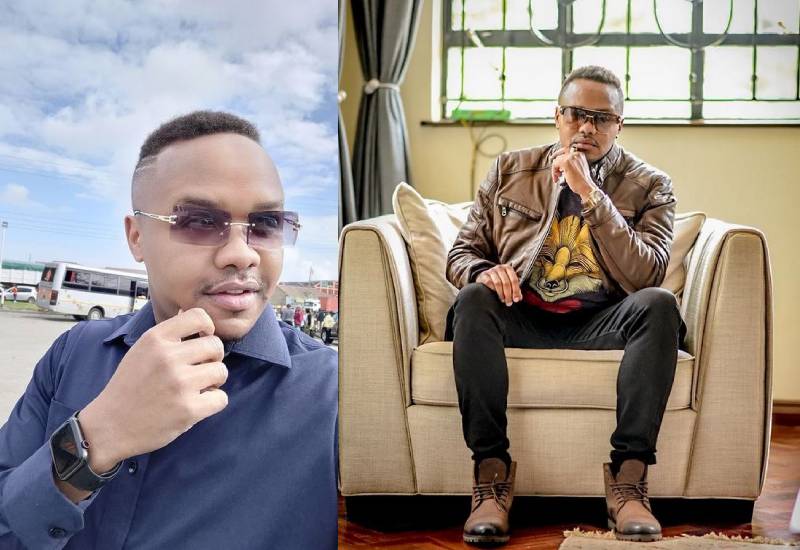 Holy Dave opens up about marriage, parents of ‘suitors’