The chance of a deputy president becoming Head of State in an acting capacity is one of the gains achieved through the current constitution.

And though President Uhuru Kenyatta declared yesterday that he was handing over his authority and functions to his deputy William Ruto, legal experts are in agreement that such a declaration is not necessary but automatic whenever the Head of State travels out of the country.

Article 147(3) of the Constitution provides that when the President is absent from Kenya, or when he is temporarily incapacitated, the deputy shall act as President.

This provision ensures that there is no vacuum or contention should the President leave the country without handing over power to the deputy.

The supreme law also allows the President to appoint his Deputy to the top seat in acting capacity even when both are in the country and without giving any reasons for it.

Likewise, he cannot exercise the power of mercy which is a preserve of the President and cannot confer honours to individuals in the name of the republic.

Experts argue that what the Constitution has not expressly prohibited the acting president from doing, it has allowed him to do.

The Constitution, therefore, does not prohibit him from exercising the other functions and powers of the President, which include addressing the opening of or any other special sitting of Parliament such as the one held yesterday.

He may also chair Cabinet. He has the duty to direct and co-ordinate the functions of the ministries and Government departments. He may also receive foreign diplomatic and consular representatives, which is a prestigious function of the Head of State.

The acting president is not prohibited from declaring with the approval of Parliament or even declaring a state of emergency under the Constitution.

President Uhuru has been out of the country on numerous occasions, leaving Ruto in charge of the country. The two have always contemplated a situation where each would have to be running the affairs of the country when the other is attending proceedings at The Hague.

Last year, Uhuru made it clear that he and Ruto would never be at The Hague at the same time.

"When Ruto is there, I will be here running the country and when I'm there, he must be here," the President categorically said.

Though Uhuru announced he would be attending the International Criminal Court proceedings in his private capacity, the Constitution does not contemplate any other way in which he can lose the title of president, unless through resignation, death or impeachment.

The supreme law states that when the President is away, his Deputy takes over. That is an indication that he is still President when out of the country.

The only other person who comes close to the seat of power is the Speaker of the National Assembly who should take over power when the two highest offices are vacant or when the deputy declines to take over the vacant presidency.

When the President has handed over power to his Deputy, the Constitution does not provide how the power reverts to the President.

It is to be assumed that the President retains the power to revoke that appointment or it reverts automatically when the Head of State returns to the country. 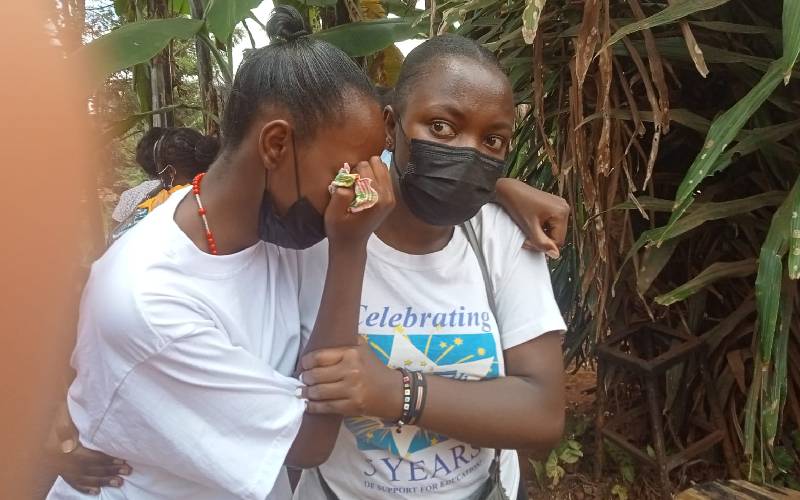