Maintain cordial ties with China to maximise benefits from BRI 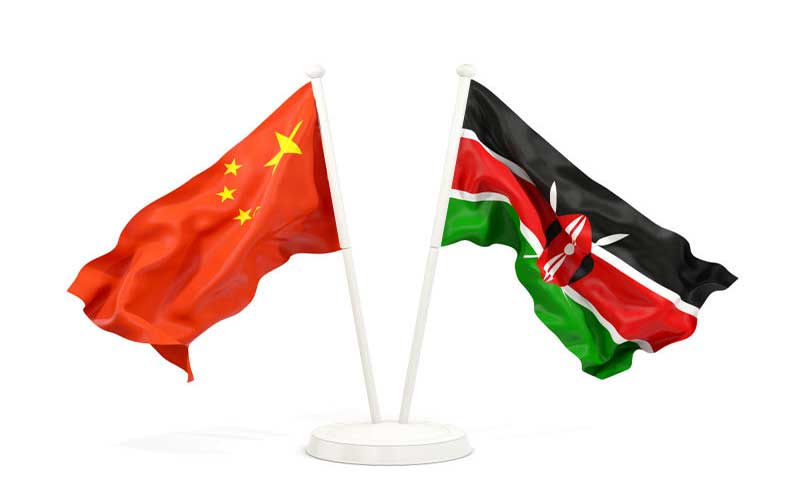 In 2013, China launched the Belt and Road Initiative (BRI), an infrastructure, connectivity and people to people development programme aimed at integrating Asia, Europe and Africa.

A part of China’s opening up strategy and commitment to share its development proceeds with the rest of the world, BRI was billed by Beijing as a collaboration platform capable of multiplying provision of regional public goods to foster sustainable development in the participating territories.

The sheer ambition and potential reach of BRI led to some major powers viewing it as the ultimate geopolitical strategy to bring more states under the influence of China. Yet such labelling did not dampen the enthusiasm of countries that saw the initiative as a panacea to their persistent development challenges.

To date, over 150 countries and international organisations have signed agreements on Belt and Road cooperation with China.

In Africa, 43 countries have since signed up with the initiative, including the African Union. Much of the BRI proposals resonated with the needs of the continent. Africa was the least integrated and poorest region in the world. Critical infrastructure such as roads, ports, railways were either dilapidated or non-existent.

To catch up, the African Development Bank intimated that Africa needed sustained, decade-long infrastructure investments in excess of $108 billion annually.

With weak domestic economies and a bellicose international financial market, the China package offered an alternative for developing states to shorten the wait and deliver the much needed services. Since 2012, China has invested over US$ 15 billion annually to aid Africa’s infrastructure modernisation, according to the China Africa Research Initiative.

Among the notable projects financed and constructed by China include Kenya’s Mombasa-Nairobi railway; Ethiopia-Djibouti railway; Uganda’s Karuma hydropower; Nigeria’s Abuja-Masaka light rail and a plethora of other projects spanning energy, mining, telecommunications, health and transport are in different stages of implementation.

The projects are responsive to the Africa’s integration desires as explained in the Agenda 2063 or flagship initiatives like the African Continental Free Trade Area (AfCFTA).

While China has demonstrated its commitment to undertake long term and capital intensive projects in the continent, the question of sustainability and integrity of the partnership has arisen.

In the wake of the Covid-19 pandemic, most African countries have expressed fears that servicing external debt may deny their economies funds to mount adequate response to the health crisis. As the biggest bilateral lender to Africa, China’s role in the continent’s debt management has come under increased focus.

Secondly, the recent court ruling by Kenya’s Court of Appeal that Kenya Railways Corporation violated the law in procuring the Standard Gauge Railway project has left a sour taste in the economic relations between Kenya and China.

Beyond the polemics of infrastructure and debt in Africa, BRI has proven an effective vehicle on policy coordination and resource sharing during the global pandemic. China has been a linchpin in aiding developing economies to access the much needed essential commodities to battle the virus.

Beijing has equally been on the forefront sharing its epidemics management experience while hoisting multilateralism by financially supporting global and regional intergovernmental organisations such as the World Health Organisation and the Africa Centre for Disease Control and Prevention.

Although African countries have had heterogeneous outcomes in their economic partnership with China, it would be naïve to play down the role that BRI could play in rejuvenating African economies.

The continent is still in need of investments that can fuel industrialisation, trade, urbanisation and sustainable development. China still stands out as one of the strongest partners that Africa can leverage to leapfrog its development prospects.

To be truly utilitarian, however, both China and Africa should be pragmatic about the obtaining domestic conditions in order to generate requisite development force and achieve set cooperative objectives.

The global pandemic has heightened the need for additional investments in public health systems, connectivity and digital products. All these are provided for within the BRI framework – and the virus has only provided impetus for engagement on these fronts.

Building on the gains made, BRI projects should be implemented on universal standards spanning transparency; environmental standards, labour and local content thresholds as well as sustainability. These measures will weed out allegations of bribery, environmental degradation, influx of immigrants and debt distress; all of which have poisoned the debate on China’s presence in the continent.

There is need to upscale policy coordination within African markets so that the arising infrastructure proceeds can facilitate cross border trade, investments and people movements. AfCFTA is a good platform to do much work on this front.

The emerging anti-China sentiments by a section of the African agency risk rolling back the milestones already consolidated within China-Africa ties. Weaponising the challenges is no solution to the drawbacks. Honest and constructive discussions should be placed above political whims of some actors, for the benefit of the continent.

The BRI provides a great cooperative platform that Africa, China and the rest of the world can benefit from if effectively implemented. Africa should not let this opportunity pass. Instead, the continent should learn from its own experience with the BRI, as well as experiences of other participating regions for better results.

Mr Adhere is a scholar of international relations. Twitter: @Cavinceworld

Guardiola says 'not much' respect for Arsenal off the pitch

Manchester City manager Pep Guardiola has said Arsenal deserve credit for what they do on the pitch but he has little respect for them off it.