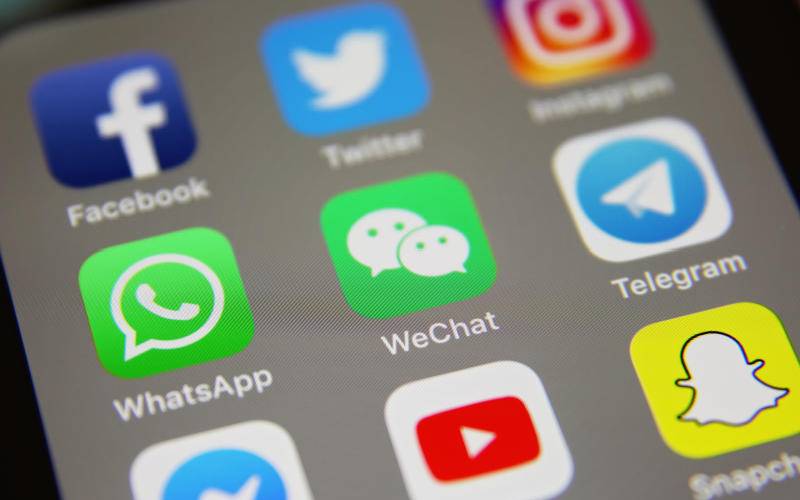 On Tuesday, the word “Arap Mashamba” was trending on the micro-blogging site, Twitter.

By mid-day, there were over 1,000 retweets and quote-tweets linking back to the word, accompanied with the front page of a local daily.

The moniker has, of late, been used to refer to one of Kenya’s leading politicians.

On May 18, KTN News flagged down a post as fake. It attempted to imply that the news channel had quoted former Transport Chief Administrative Secretary Wavinya Ndeti commenting on Wiper leader Kalonzo Musyoka’s presidential bid.

On February 15, a fake video circulated online showing witness interference suspect lawyer Paul Gicheru allegedly pleading guilty before a panel of ICC judges, which, in fact he had not done.

Fake page one headlines have become the order of the day.

The internet is at the centre of all these happenings. A 2021 Mozilla Foundation report termed Kenya’s social media “a well-established disinformation industry.”

As Kenya heads to the polls on August 9, politicians are now employing all sorts of tricks to counter their competitors’ inroads.

Use of sponsored hashtags, manipulation of photos and videos, creation of fake posts, spreading of fake news and other ploys have been used extensively to shape agenda.

The use of hired social media influencers to propagate fake news is on the rise in Kenya, multiple reports indicate.

Political analyst Dismas Mokua says the use of propaganda as a tool for attacking opponents is a method to “shore up one’s popularity”.

Civil society has expressed concern at the rise of fake news in Kenya as elections fast approach. The activist groups say they are worried the trend could lead to disruption of peace.

“We are concerned that social media influencers have become guns for hire to churn out disinformation,” said one of the lobby groups in April this year.

“With voters lacking awareness and knowledge to detect misinformation to make their choices, this will compromise the quality of our electoral process,” added the civil society group.

Influencers are motivated by money among other reasons.

“Young people are looking for every opportunity to make money. So, anything that brings them money goes,” said political strategist Rita Oyier.

The Mozilla Foundation has established that social media influencers are able to manipulate Twitter algorithms to determine trending topics.

It identified the use of several methods, one being the use of sock puppet accounts – multiple accounts controlled by the same user.

Another is astroturfing, which refers to the practice of masking the sponsors of online messages to appear organic. Politicians can also employ faceless bots to spread propaganda.

Africa Check Editor Alphonce Shiundu, however, observes that there are no “special tools” being used by the influencers per se.

“What happens, is these influencers take advantage of content by pushing it and letting the algorithms work for them,” he said.

Do the methods work?

The use of online campaigns to manipulate elections in Kenya is not new.

Cambridge Analytica Ltd (CA), a British political consulting firm that has since closed over manipulation scandal, reportedly helped President Uhuru Kenyatta run an online campaign in the run-up to the 2013 and 2017 presidential polls.

“We rebranded the entire [Jubilee] Party twice, wrote their manifesto, did two rounds of 50,000 (participant) surveys,” Mark Turnbull, the then-MD of Cambridge Analytica, was filmed saying in April 2018.

“We would write all the speeches, and we’d stage the whole thing… So, just about every element of his campaign,” he added. Kenyatta went ahead to win both elections.

“Measuring whether and how ‘misinformation’ actually influences voters’ choices is difficult, but there were certainly a number of sites and campaign adverts that were flagged by Kenyans and international organisations as using scaremongering tactics to win votes ahead of the August 8, 2017 elections,” Rebekka Rumpel, research assistant for the Africa programme at think tank Chatham House, told CNBC in 2017.

“While it’s unethical and a threat to national security, it delivers results and numbers for politicians,” he said.

According to Oyier, tricksters bank on “curiosity and ignorance” to further their agenda.

“The campaigns come from a point of curiosity, which influences how the elections turn out,” she said.

Shiundu said: “There is no evidence that manipulating photos and videos has led to winning [of elections], but there is evidence that misinformation can destabilise an economy.”

CBK report shows that, on average, an account in Kenya holds Sh66,071. Many Kenyans work in the informal sector where wages are generally low.

KURA in yet another attempt to decongest Nairobi roads

KURA has started implementing the Intelligent Traffic Management System in Nairobi, which is expected to substantially reduce traffic jams as well as junctions across the city.

By Willis Oketch | 11 hours ago

By David Njaaga | 20 hours ago