Interview: Cleophas Malala on fallout with Raila and rumours about his mansion

This combative playwright has withered many political storms to remain politically relevant.

He survived expulsion from ANC party led by Musalia Mudavadi after he was labelled ODM mole and later landed into trouble following speculations he was working with Deputy President William Ruto in order to wreck ANC, but fought and won the battles.

Nonetheless, he could not survive the motion to remove him as the Senate Minority leader.

When he was an MCA, he was ousted as the Kakamega County Assembly deputy speaker after he fell out with Governor Wycliffe Oparanya.

Mudavadi described him as a reliable fighter. During the Matungu by-elections, Malala worked around the clock to guarantee ANC victory.

He would later play a major role in the newfound relationship between Mudavadi and Deputy President William Ruto.

Critics see a rebellious leader in Malala but they agree the youthful politician is a force to reckon with.

During his free time, the 37-year-old writes plays and while he was an MCA, he hit national headlines for his controversial play Shackles of Doom.

QUESTION: You are a politician and a thespian, must politics be a stage where players/politicians are just characters with acting roles?

ANSWER: Life in itself is a stage and we have characters that make a play. Life too has characters who perform and take part in the intrigues where we have protagonists and antagonists and everyone has a story to tell.

Leadership cannot be equated to acting roles. Acting can be artificial but leadership is inborn. You cannot create a leader, leadership comes from God.

Sometimes we are forced to act as a mobilising strategy and entice people to follow your ideologies. The late Kalembe Ndile used such theatrics and comedy to survive politically, that is the same art we employ to survive in politics.

But I want to warn Kenyans not to succumb to the political gimmicks of politicians during the electioneering period, let them vet them, and come Election Day, vote for genuine leaders.

Q: You played a major role in delivering ANC leader Musalia Mudavadi to Deputy President William Ruto. In this case, are you a king or the kingmaker?

I did not play any kingmaker role in delivering Musalia Mudavadi to the Deputy President. I am his faithful follower and whatever he says, I do since he is my boss in the party.

Mudavadi himself led the way in negotiating for a partnership with DP Ruto and we are only implementing what they agreed on as their ardent supporters. DP Ruto and I are leaders in this country and the Constitution gives us the freedom to associate with anybody. Ruto came to the Cleo Malala tournament as the Deputy President of the Republic of Kenya and not as a friend.

He came to support the young people who elected him and, therefore, it is wrong to claim that I took Mudavadi to Ruto. I went to his rally in Eldoret to look for friends and it was not an exercise in futility, for, it led to the formation of the Kenya Kwanza coalition that is going to form the next government in August.

ODM brigade had demonised any association with DP Ruto. It was criminal to be seen with him. Ruto is just like any other Kenyan and he has the freedom to choose friends he can work with. People will not choose friends for us and your enemies cannot necessarily be our enemies.

Q: How hard was it pushing the deal through and what did the process entail?

The process was smooth, we did not form Kenya Kwanza coalition to share political seats but save Kenyans from a sinking ship. The cost of living is very high and prices of basic commodities have skyrocketed. The taxation policies have been exploited by the current regime to the disadvantage of the taxpayers.

When we form the next government, we will require like-minded Kenyans who believe in an economic revolution in a bid to salvage the country from collapse due to the huge debts and runaway corruption.

Q: What do you think about the direction of politics in Western? Can DAP-K and ODM edge out ANC and Ford-K?

Kenya is a multiparty democracy and we welcome any party in the region to compete with us but we shall give them a run for their money. ODM performed dismally in the last election. We beat them in Kakamega and with a presidential candidate, they only managed to get two MPs seats in 12 constituencies. DAP-K is eating into the ODM support base and the MPs who defected to ODM and DAP-K will be voted out.

Q: Do you think the marriage between DP Ruto, Mudavadi and Wetang’ula is one of convenience or one founded on trust and strong belief in what they stand for?

In Kenya Kwanza, we came together as equal partners both professionally and politically. Our leaders have common characteristics and their union was founded on trust and not convenience.

Q: Why are you against Raila and two years ago, you were his ardent supporter? He even made you the Senate Deputy Minority Leader.

I was politically blinded and I want to ask Kenyans to forgive me. Mudavadi accepted me back to the party and showed me the way, which I am now following. Raila's ideology does not resonate well with the ideologies of the youth who are the majority.

Q:  If Kenya Kwanza settles on your predecessor Boni Khalwale as the governor aspirant for Kakamega, will you support him?

We don’t want to lose the Kakamega governor's seat and one of us will have to give way. For me to support Khalwale, he must decamp from UDA and join ANC so that I can be sure, we shall have an ANC governor. We cannot support Ruto as the Kenya Kwanza presidential candidate and back at home, we give UDA the governor seat. ANC will not field any candidate in UDA strongholds and the same must be the case in Western.

Q: There have been claims that DP Ruto helped you put up your house in Milimani home, is there any truth in these claims?

I built my Milimani house while serving as an MCA using the loan I took at the county assembly. Ruto did not build a house for me and those saying he helped me put up the house are political idlers. I am a man of means and I currently have four homes I built on my own.

Q: At one point, you opted for a procedure to lose weight and urged Kenyans to live a healthy lifestyle. Was it an easy decision for you?  Do you regret the decision?

At just 27 years, I was 138 kilogrammes; I made the life-changing decision when I met a nutritionist who put me on a strict diet that I follow to date. I would encourage young people to live healthy which is the only way to avoid lifestyle diseases.

Q:  Away from politics, what else do you engage in?

I am still a script and play writer to date. I also write artistic pieces and to date, I have written 78 plays including the Shackles of Doom. What I prophesied in the play has manifested itself in the current regime.

Q: What can you describe as your highest and lowest points?

My highest moment is always during the Cleo Malala tournament when I see young people displaying talent, and locals making money by selling their merchandise during the tournament. When I become governor, I will nurture talent by investing in sporting academies and film and theatres in Kakamega.

My lowest moment was when my opponents colluded with the government and had me arrested on claims that I was behind the Matungu killings. I have never thought of killing someone. 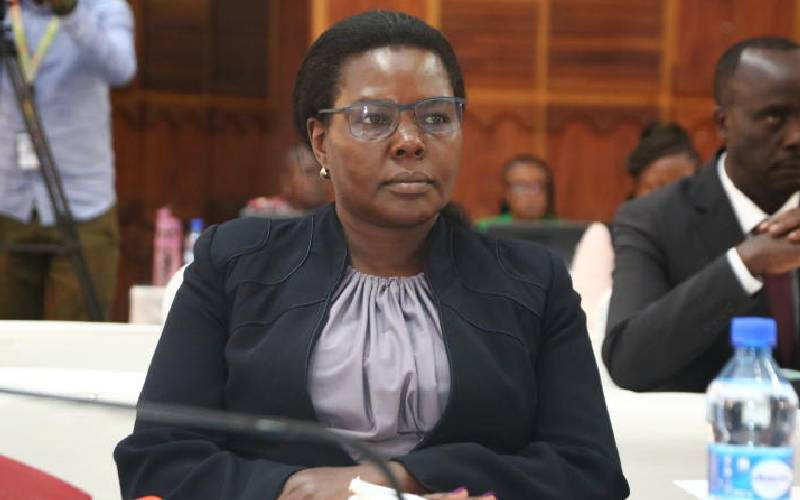