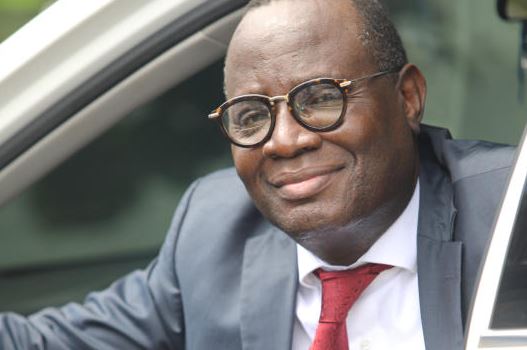 The High Court has ordered Mombasa County Government to file its defence in a case in which it has been sued for failing to pay Sh2.3 billion to a lawyer.

Advocate Robinson Malombo (pictured) obtained the decree against county officials who have failed to honour court orders to pay the legal fees that have accumulated over 11 years.

Mr Malombo, who has practised law for more than 30 years, represented the defunct Mombasa Municipal Council and its successor, the County Government of Mombasa, between 2009 and last year.

He claims that the county owes him Sh2.3 billion in unpaid legal fees and has refused to make any undertaking to clear it.

In his suit papers, he claims he has evidence to show that the county government recently received Sh2 billion to clear pending bills, but it appears unperturbed by his request for payment and the various court orders requiring it to pay.

He also wants the two officers to be declared unfit to hold public office for “gross abuse of office, perpetuating impunity and persistent disobedience” of court orders.

He said the matter would be heard on September 23, this year.

Justice Ogola gave the order after the county government asked for more time to file its response.

Mombasa County has opposed the application on grounds that the lawyer has not proved that Finance CEC Mbaruk and Chief Finance Officer Abdi had disobeyed court orders.

“The two officials are not in contempt because they have not been heard. The application is unfounded, frivolous, vexatious and a waste of court’s time,” said the county’s lawyer.

But Malombo insists that there are several court orders issued by the High Court against the county officials in question.

He said the two were found guilty of contempt over their failure to obey court orders.

Malombo’s lawyer, Charles Gomba, said the two officers, having been sentenced to six months for contempt of court, should not occupy public office.

The broker wants the governor barred from occupying a public office for “persistent disobedience of court orders” to pay him his dues that accrued between 2011 and 2012.

Mr Kanyi said he got a judgment against the county government on February 28, 2018 that required his company to be paid Sh58 million with interest since 2011 for insurance services the company rendered to the county.

“Despite the payment being due since 2013, it has not been settled to date. The monies due have escalated from initial figure of Sh58 million to Sh108 million,” said Kanyi

On his part, Malombo said that despite the national government having given the county government money to settle pending bills, he has not been paid.

He wants the court to order that his rights had been violated by the county officials and declare them unfit to hold office.

According to committee chairman Karanja Kibicho, the first phase has already put into use 5,200 acres.