Space Lounge, a club in Kilimani, Nairobi, has announced permanent closure and dismissal of workers from November 1, 2019, following a recent court order.

“Due to court order issued on October 17, 2019, for revoking all our permits and liquor licences, we, therefore, wish to inform you that Space Lounge & Grill Limited will be officially closed from November 1, 2019,” a statement from the clunb management read partly.

The management has however assured its workers that their salaries will be paid by the first week of November.

It has penned an emotional sendoff message lamenting the decision which has rendered the workers jobless.

Justice Loise Komingoi ruled that the clubs’ licences and permits as unlawful. The judge also ordered the Nairobi County government to implement the directive.

Kilimani Project Foundation, a non-government organization had filed an application at the Land and Environment Court arguing that the residents of Kilimani area were aggrieved by the club, which was sued alongside B Concept Club, Kiza Lounge and Explorers Tavern.

The residents had complained that the operators of these businesses played loud music daily and host rowdy revellers thereby depriving them of sleep and security.

They said that their constitutional rights have been breached.

“The clubs and bars have become a nuisance to the residents as they have been deprived of the basic necessity of sleep on a regular basis,” argued lawyer Cecil Miller who represented the foundation. 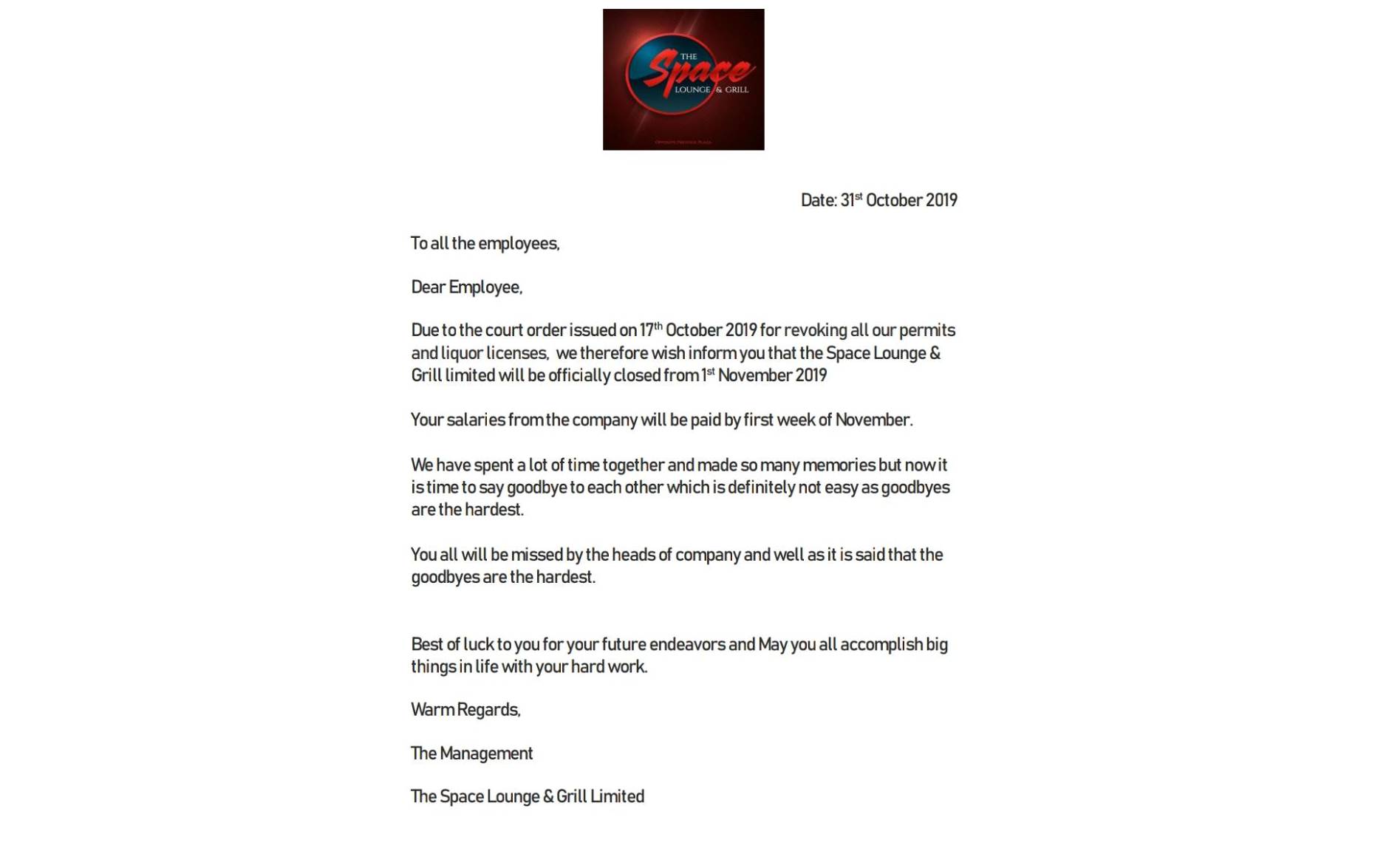 Inflation spikes on cost of unga

Latest KNBS data shows cost of living went up by 4.95pc in October, up from 3.83pc in September.