Big plans to invest this year? Key indicators to watch 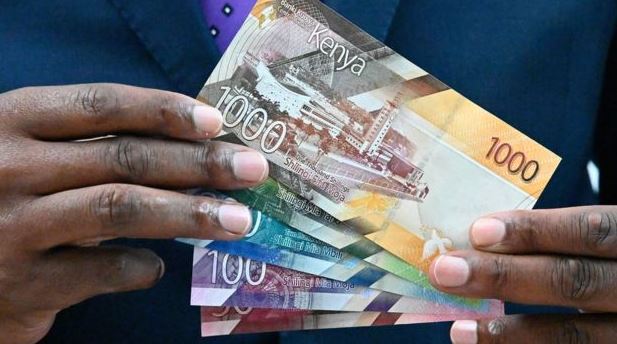 As usual, New Year resolutions for most Kenyans revolve around financial independence.

Most of them, more than a third, indicated that they would like to start a new business, according to an end-of-year poll by research firm TIFA.

For respondents who told the pollsters that 2019 was a bad year, they know all too well that it is going to take a lot of effort for them to realise their goals.

They will need the money and good ideas to start their own businesses or build their own homes. Businesses will also have to be doing well to employ those who need jobs.

And perhaps the best time to tell whether the economy will smile at you in the year is to look at how leading economic indicators performed at the start of the year.

Towards the end of last year, the Kenya National Bureau of Statistics (KNBS) released the economic performance figures for the period between July and September (third quarter of 2019). The economy, measured by adding up the value of all the goods and services produced – technically known as the gross domestic product (GDP) – expanded by 5.1 per cent.

This was slower growth compared to a similar period in 2018. Most institutions, including the Treasury, Central Bank of Kenya, the World Bank and International Monetary Fund, expected GDP to be slower in 2019 compared to the previous year. But they expect the economy to bounce back this year.

Prices in December 2019 increased by 5.8 per cent, which was higher compared to 5.56 per cent in November. If you are saving for a house, high inflation will eat into your savings. But in case of higher inflation, those who are servicing their loans might have it easier.

For those wishing to start a business this year, you might want to sell things abroad or buy some raw materials from overseas as part of your inputs.

Or you might simply want to buy finished products from, say, China to sell locally.

One of the determinants of the costs of your business will be the exchange rate - the rate at which the local currency is trading against other currencies. When the shilling strengthens against major currencies such as the US dollar, imports become cheaper, but exports fetch less.

However, because Kenya imports more than it exports, there has been an unsaid preference for a stronger shilling. One of the biggest items on Kenya’s import bill is oil. A barrel of crude oil was $68.93 (Sh6,900) compared to $88.27 (Sh8,827) that was prevailing at the start of the previous year.

By the close of business yesterday, the shilling was trading at 100.95. The country’s impressive external position, which has seen its foreign exchange reserves rise to $ 8,758 million (Sh875.8 billion), or 5.4 months of import cover, has been helped along by a steady flow of cash from Kenyans living and working abroad.

You might save to start your own business or build a home, but unless you are earning really good money, you might not be able to achieve these financial goals from your own income. To build a home this year, or even start a business, you will need an influx of cash.

Of course there are banks, microfinance institutions and Saccos from which you can borrow some money for your venture. Getting the loan will depend on a lot of things, including having collateral, your savings in cases of Saccos or simply your credit rating.

Before you go for credit, you have to know whether or not banks are lending to households and private businesses. Well, by October 2019, banks had given out credit worth Sh2.6 trillion to the private sector.

Some experts hope that with the removal of rate caps, where the interest rate charged on loans had been restricted, banks will lend more to small businesses. Others worry that the cost of credit will suddenly go up.

The interest rate charged by banks will be determined by a number of factors, one of which is the cost at which banks borrow money from the Central Bank of Kenya (CBK). Known as the Central Bank Rate(CBR), the apex bank’s Monetary Policy Committee (MPC) recently set the benchmark rate at 8.5 per cent, slashing it for the first time since November 2018. CBK uses the CBR as a monetary tool to either tighten liquidity in case there is too much money chasing too few goods, or expand liquidity when it realises that there is little money in circulation.

Another factor that will determine the interest rate banks will charge you is the rate at which your bank will have borrowed money overnight from another bank. This is known as the inter-bank rate. It is currently at 5.22 per cent, up from 4.8 per cent over a similar period in 2018.

Other than borrowing, you can also sell a stake of your company to someone with money who will then share the profit with you. You can do this privately or publicly.

Those with large businesses that are doing well and would like to expand them, selling shares to the public and listing at the Nairobi Securities Exchange (NSE) where the shares can be traded, is an option this year.

Thus, you can also decide to be the owner of a company as a way of growing your money – though you should not expect instant gratification from the stock market.

You can buy shares for one of the listed companies to gain from its profits (paid dividends) or watch your shares rally to a level where you can exit having made a profit.

The best indicator of how the stock market at the NSE is doing is the NSE-20 Index. Known as the benchmark index, it tracks the performance of 20 blue-chip companies and closed yesterday at 2706.38 points.

This is a drop of five per cent compared to 2810.15 points over a similar period the previous year. The stock market has generally not been at its best since 2015.

It is calculated by multiplying the total number of shares by the present share price. You can them get the total value of all listed companies to see how active the stock market is.     As of yesterday, the market capitalisation at the Nairobi bourse was Sh2.55 trillion, about a quarter of GDP.

Purchasing Managers Index (PMI) is a survey done by Stanbic Bank basically tracking the health of the private sector. If demand is high and businesses are stocking up and employing, the reading is normally above 50.

Optimism among businesses about growth was, however, at a 33-month low in November on the back of a harsh economic environment.

This is due to subdued private sector activities, where companies have been firing as the economy gets sluggish. Some businesses had cash flow issues, which hampered their ability to keep up with new orders and led to increased backlogs.

BIG STORIES THAT SHAPED 2019: The 'ailing' state of Kenya's economy and fight against graft

This man messed up a whole country | Press Review

Why regulator is alarmed by planned copyright law change
Feedback