Negotiations in good faith will end the debate on vehicle imports 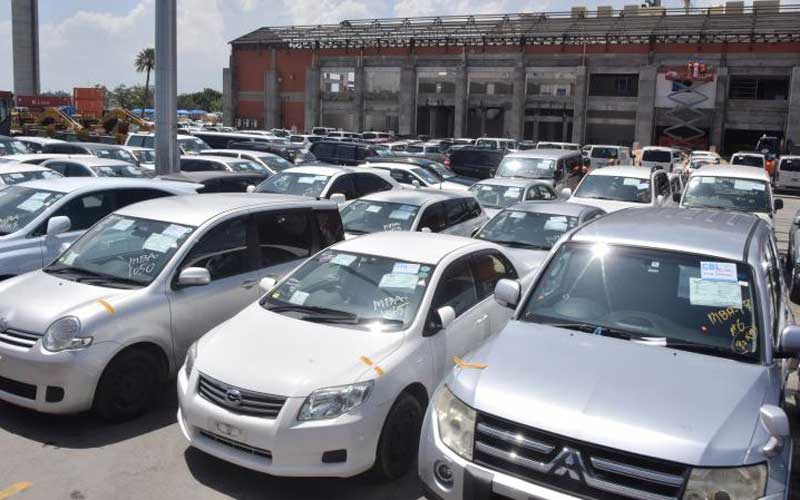 The debate over the reduction in the age of vehicle imports that is pitting the government against second-hand car importers is unnecessary because the protagonists claim to be protecting the interests of vehicle buyers whose views they have not sought.

The result is that the controversy is producing more smoke than light and is leaving prospective vehicle owners confused. Perhaps, both sides may be persuaded to abandon their hard-line stance to create a conducive climate where genuine negotiations can take place.

Ideally, these negotiations should include motor vehicle assemblers whose interests the Government is accused of championing at the expense of second-hand vehicle importers.

At first sight, the Government argued that the importation of vehicles with engine capacities above 1,600 cc and whose age does not exceed three years by July this year appears too draconian as it will lead to a steep increase in prices.

There is no guarantee that the prospective importers of such vehicles would afford to buy locally assembled vehicles, given the prevailing economic conditions.

The other State argument that promoting the assembling of vehicles locally would increase the number of people employed in the sector from 6,000 to 150,000. The other mirage is that these plants are run with lean staff as most of their tasks are automated.

To argue that the public coffers would benefit from extra taxes is questionable because a reduction in the taxes the assemblers pays is one of the key concessions the State is expected to have made to reduce the cost of the new vehicles.

The State’s computation that revenue from these taxes would rise from Sh8 billion to Sh50 billion per year over the next five years seems to have been plucked from the air. It would be interesting to see the data from which it is extrapolated. Needless to say, failure to assemble and sell the vehicles at a competitive price would doom the dream of making Kenya a hub for new locally assembled vehicles for the regional market. The second-hand car importers do not appear to have presented an assailable case, either in opposition to the government one.

Their argument that the assemblers are only looking for ways to dispose of their old technology does not hold water because the newly industrialised countries utilised second or even third generation technology to produce goods which they exported to the very countries where the technology had been imported.

The issue is not the age of technology but whether it is appropriate for the importing country given its stage of development and the goods it would be producing for the local and export market.

There is a reason to believe that motor vehicles technology Japan and America shipped to China at the beginning of their engagement was second or third generation as they continued producing their latest models back home.

The same scenario was witnessed when Germany shipped technology to produce VW vehicles to Brazil and the plants churned out vehicles that were no longer in production back home.