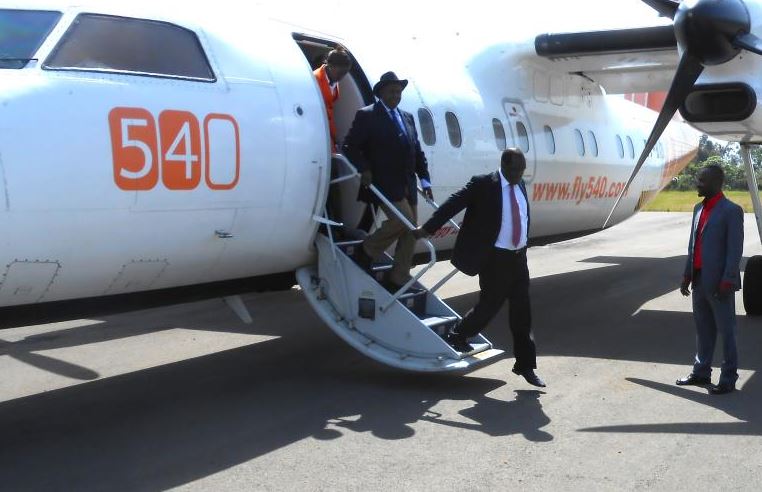 Domestic carrier Fly 540 (pictured) has been granted a licence to launch international flights in a move that will increase the number of Kenyan airlines flying to the rest of the world.

This follows a decision by the Kenya Civil Aviation Authority (KCAA) to grant Fly 540’s application to expand its air services to other African countries and the United Arab Emirates for the next three years.

“Notice is given that the Kenya Civil Aviation Authority has made decisions on applications for air service licences whose particulars were previously published in the Kenya Gazette,” said the regulator in a notice yesterday.

The airline will also fly to Somalia, Sudan, Ethiopia and Dubai as well as return to regional routes including Zanzibar and Dar-es-Salam.

KCAA further granted new licences and renewed existing ones for 28 local and regional airlines, in a year most carriers are suffering the brunt of the Covid-19 pandemic.

Nigeria-based cargo airline Allied Air has also been granted a licence to operate flights between Lagos and Nairobi, with routing flights to JKIA from Cairo, Douala, Luanda, Johannesburg, Bangui, Windoek and Abidjan among others.

The aviation sector has been among the hardest hit as countries across the world closed their borders and blocked international travel.

The airline postponed the move to November 29 but with rising cases of Covid-19 across the world, analysts remain sceptical.

Although bookings are yet to hit the levels before the pandemic, the airline is banking on increased traffic from domestic tourists during next month’s festive season.

World Bank seeks review of Kenya healthcare financing
Business
By Graham Kajilwa
21 hours ago
Elections should not cause unease, economic uncertainty
Opinion
By Tobias Alando
21 hours ago
Interact and socialise beyond work; you need it
Business
By Peter Theuri
21 hours ago
The treasury is broke to sustain the Sh100 unga subsidy, says Munya
Business
By Mike Kihaki
1 day ago
Premium How to make money from video games
Sci & Tech
By Boniface Mithika
1 day ago
.

By Peter Theuri 21 hours ago
Business
Interact and socialise beyond work; you need it