Of the botched Auditor General recruitment and KENAO's stalled operations 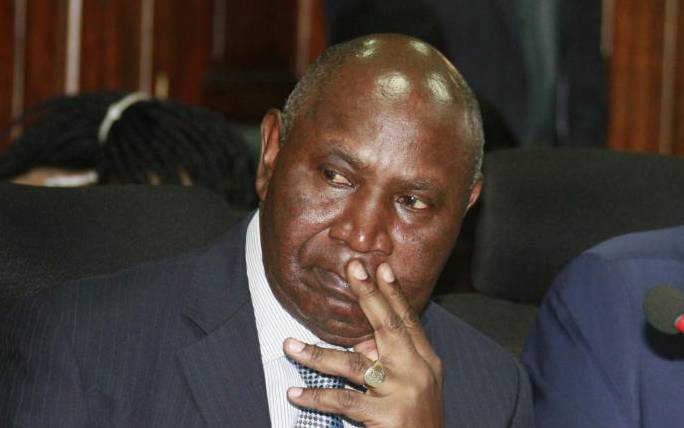 During a summit on corruption at State House in 2016, President Uhuru Kenyatta made an impassioned speech to Cabinet Secretaries, parastatal heads and regulatory agencies in defence of his government’s anti-graft war.

That was at the height of the Eurobond saga, where the now-defunct opposition party Coalition for Restoration for Democracy (CORD), had raised the red flag that the Sh200 billion raised, had been stolen.

Edward Ouko (pictured), Kenya’s first Auditor-General with years of experience working with global financial institutions, took on the case that would highlight his career.

When Ouko told Parliament that he was seeking audience with the US Federal Reserve and several banks as part of his probe to trace proceeds of the Eurobond, the President put him on the spot.

“He keeps saying money was stolen from Eurobond. If it (Eurobond) has been stolen, tell us who stole it but saying you are investigating, you are looking at reports…a lot of nonsense to tell you the truth,” a livid Uhuru told the summit being broadcast live.

This was the highlight of Ouko’s tumultuous stint in office that lapsed in August this year. In one of his last interviews, he said his one concern was whether the autonomy of the office will remain intact on his exit.

While in office, Ouko exposed misappropriation of tens of billions of taxpayer funds at the counties, ministries and state departments, regulators and universities. This ensured public officials, for decades accustomed to little scrutiny over how they utilise taxpayer funds, are subject to more rigorous checks.

And even as his office churned one audit report after another, the powers-that-be often informed Ouko in a not-so-subtle way that he needed to “go slow” on his crusade.

“Technically, they can control this office and punish you. When they control you by transactions, it means they can ensure you can’t travel because they can block requests or unilaterally cut your traveling budget,” Ouko said.

Last month, the Public Service Commission (PSC) re-advertised his position after 17 candidates had already been shortlisted and top three nominees presented to the President for appointment.

This has raised questions on whether the shortlisted applicants failed to meet the threshold to occupy the crucial office or whether the appointing authority is holding out for a ‘special’ nominee.

The names included nine senior staff who worked with Ouko and were instrumental in laying the groundwork. None is qualified, according to the panel.

Some analysts have proposed that confirming one of the deputies as the new auditor general could help establish continuity in the affairs of the office, particularly relating to ongoing investigations at both the county and national governments.

“We are worried that a delay in the appointment of the new AG and the Controller of Budget will impact negatively on timely approval of budget and audit of various books across the country,” said the Institute of Certified Public Accountants of Kenya chairman Julius Mwatu.

Mwatu said starting the process early will ensure a smooth transition unlike the experience in other public commissions that have had sudden leadership changes.

Currently, operations at the office remain in hiatus, at least until February 2020 when Parliament resumes business.

In the meantime, crucial audit reports await the appointment of a new auditor general.

If there has been a year that the Kenya Revenue Authority (KRA) has focused all its energy in pursuit of tax cheats to grow revenues, it is 2019.

By Tony Mutugi | 7 hours ago