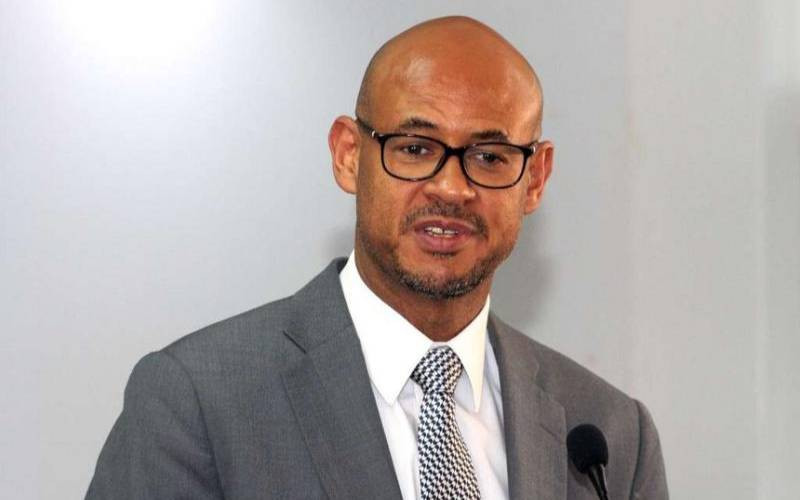 Mr Odhiambo is Eco Bank's executive director while Shumatez is the bank’s branch manager at Muthangari.

Mr Awori is the CEO Designate of EcoBank Transnational Incorporated.

The judge had ordered EcoBank to preserve Sh1.6 billion in the respondents’ accounts until the matter between Avistia and the two Kenyan firms is resolved.

But Avistia’s director Vladmir Hristov claims that the bank has so far released to KiwiPay Sh1.1 billion.

Hristov, a Slovakian national, says all his interests in the matter stand in abeyance as a result of the bank’s decision to disobey the preservatory order by the court and sought leave to file a contempt of court proceedings against the bank.

“Leave is hereby granted to the applicant to institute contempt proceedings and summons be issued for personal attendance of Mr Jeremy Awori, Samuel Odhiambo and Evan Schumatez Anyango being officers of the third respondent (Eco Bank), before the honourable court, to show cause why they should not be cited for contempt of court for disobeying the orders of the court issued on November 17, 2022,” ruled Justice Chepkwony.

In her orders, Justice Chepkwony asserted that the bank should not release the contested money to Kiwi PTE and Kiwi Kenya pending hearing and resolution of the matter.

In the case, Avistia’s lawyer George Ogembo told the court that KiwiPay had withdrawn more than Sh1.1 billion in dollars in a span of six days.

“Apart from the said withdrawals, there still exist other and further withdrawals that are done secretly by the first and second defendants (Kiwi PTE and Kiwi Kenya) as permitted by the third defendants through their online platforms, which could clearly be shown and indicated by issuance of an order for production of duly certified bank statements of the said accounts covering the period when the order herein was in force,” argued Odhiambo.

The court heard that at the time Avistia was filing its case the account at the heart of the dispute had at least Sh2.2 billion.

He said that the withdrawals were made despite the bank being aware of the court orders.

“The means through which the contemnors transacted as against the already existing court orders depicts disobedience, lack of respect to court orders and was in violation of and blatant contempt of the orders of the court and any act undertaken on the furthering of the said contempt are illegal, null and void and ought to be reprimanded accordingly,” Avistia said.

Avistia in its case claims that it had entered a deal with KiwiPay for digital payment services. It argued that it expected the Kenyan company to remit at least Sh1.6 billion but it has failed to do so.

“The said sums as presently held in the aforesaid bank accounts form the substratum or subject matter of the suit herein yet the first and second defendants in collusion with the third respondent and other third parties seek to withdraw the sums or deal with the said sums in a manner prejudicial to the commercial interests of the plaintiff,” argued Ogembo.

Justice Chepkwony ordered that Awori, Odhiambo and Schumatez should respond to the application within seven days.

The case will be mentioned on December 13.