The making of Kenya’s handout economy

Only a politician on the campaign trail can suggest that money grows on trees and still get applauded for it.

With less than four months to the General Election, the sacrosanct economic dictum that there is no such thing as free lunch is seemingly lost on the leading presidential hopefuls.

Last week, Deputy President William Ruto joined his rival, former Prime Minister Raila Odinga, in promising to convert loans given by the Higher Education Loans Board (HELB) into grants if elected President in the August 9 polls.

It is a promise that hits the right notes for a lot of disenchanted youths who, despite not landing decent jobs after graduating, have been listed at the Credit Reference Bureaus (CRBs) for defaulting, which has, in turn, meant that they are less likely to get loans to start a business or buy a house.

Unless they get a CRB clearance certificate, those listed for non-payment of HELB loans have also been barred from government jobs and tenders even as their outstanding loans continue to swell by accumulating massive penalties.

Giving students interest-free money for their college education is just one of the many grand promises given by the presidential aspirants hoping to tap into the youth vote.

Unfortunately, this also points to the making of a handout economy, which will be difficult to sustain as the government has been quickly running out of legroom to either tax more or borrow more.

Although both political coalitions are yet to release their manifestos, they have hardly made attempts to explain who will pay for their lofty promises.

If anything, both camps - Dr Ruto’s Kenya Kwanza and Mr Odinga’s Azimio la Umoja One Kenya - have promised to go slow on debt uptake and cut taxes while increasing expenditure. It is a classic example of having your cake and eating it.

Dr Ruto explained that his government would start by increasing the disbursement from HELB and ensure that the loans are interest-free.

“And in future, we will make the HELB a grant, not a loan, especially to the vulnerable students from poor backgrounds,” said Dr Ruto while campaigning in Kitui County.

Mr Ringera cautioned that converting the loan into a grant would dismantle the revolving fund strategy, which has enabled many students to complete higher education.

HELB is structured in such a way that it takes care of both well-off families - some of whom do not even need the money in the first place - and those from poor backgrounds, especially orphans. Rich students only get a fraction of the HELB loans. However, students from poor backgrounds get maximum loans as well as a bigger component of bursary funds, which is not repaid.

Of course, students are free to splurge the loans they get from the State on alcohol and parties, rather than pay fees for courses that have better job prospects for them. But pay they will.

Because, as most of them must have realised by now, HELB will come down hard on them, brandishing all kinds of threats such as condemning them to CRBs. It is this ruthlessness against inefficiency that turns the wheels of a free-market economy.

Ironically, it is also one that has made it loathsome to some of its opponents because when demand and supply do not meet at equilibrium, or the market fails, the result is poverty, inequality, pollution, traffic jams and copyright theft.

It is not just HELB, the entire economy is one big revolving fund that gets fed with money from hardworking taxpayers who religiously pay their dues.

But this is a bridge that politicians on the campaign trail would rather cross when they get elected and morph into policymakers.

Besides turning the HELB loans into a grant, Mr Odinga has also promised to start a social protection programme this year should he win the presidency.

“Every family with no source of income will get Sh6,000 every month,” he said in October last year, a pledge that has now become synonymous with his campaigns.

Mr Raila’s team has to answer some questions, albeit Kisumu Governor Professor Anyang’ Nyong’o in an earlier interview with The Standard said their manifesto would comprehensively address these queries.

Nonetheless, besides the technical bit of deciding who will benefit from the kitty, Mr Raila’s team also has the unenviable task of designing the programme in such a way that it does not lead to a situation where beneficiaries stop looking for work and decide to live off the Sh6,000 stipend.

Predictably, he has not talked of increasing taxes or borrowing more to fund his social protection programme, which will also include universal healthcare that he has dubbed “BabaCare.”

Instead, he reckons that by reining in corruption and wastage, his government can unlock a lot of money – about Sh700 billion every year – that can be used to finance the social programme.

Ruto, on the other hand, has offered another ambitious promise of injecting Sh200 billion into the economy and creating four million jobs for the youth as part of his bottom-up agenda.

He will also give Sh100 million per constituency to “hustlers” every year for development projects. But, he too, has not said much about how he will raise the billions of shillings for this.

Mr David Ndii, an economist who is part of Ruto’s think-tank, said in an earlier conversation with this writer that he does not think there is a need for additional money.

All that his team will do, he said, is to re-allocate the development budget from the mega infrastructure (public capital) to productive capital.

“No new money is required,” said Mr Ndii in a text message. If you don’t pay your rent, the landlord will have to kick you out or they will be auctioned by the bank. And if they do not pay their loan, the bank will not pay depositors.

Of course, the market is not always this efficient, resulting in situations where, for example, some students, although they have done well in school, can’t afford college tuition fees or upkeep money.

In this case, HELB, using taxpayers’ cash, gives a loan and bursary for tuition and upkeep of the poor student in the hope that when they get employed they will not only have an income to repay the loan but will also use the knowledge and skills they got in college to grow the economy.

But, if the market is not broken, why fix it? It is not just aspirants in the August 9 elections that have endeavoured to create a welfare state.

Even Uhuru’s administration, which is exiting without fulfilling one of its campaign promises in 2013 of providing laptops to all the Class One pupils, has sought to create a handout economy, popularly known as a welfare state.

But this time, by requiring Kenyans to pay for it themselves. And it has not always ended well.

As part of his housing pillar under the Big Four agenda in which President Kenyatta sought to ensure access to cheap shelter for all Kenyans, his government had required in the Finance Act, 2018 salaried workers to contribute 1.5 per cent of their gross pay to the National Housing Development Fund.

Employers were also going to contribute the same fraction to the kitty.

However, three months after the President signed the Finance Bill, 2018 into law, the Employment and Labour Relations Court temporarily suspended its implementation, arguing that the contribution was unconstitutional and amounted to double taxation.

Two years later, with a lot of Kenyans shedding jobs due to the negative effects of Covid-19, the National Treasury came up with the Unemployment Insurance Fund (UIF), which is aimed at giving short-term relief to workers who lost their jobs or are unable to work due to illness.

Employees would contribute one per cent of their pay towards the fund, with employers matching the contribution just as is the case with pension contributions.

The Labour Ministry has in recent times reported that the fund is ready for rollout.

Despite data showing that 54 per cent of the 10.6 members of the National Hospital Insurance Fund (NHIF) are dormant, with many having stopped contributing, the government is still pushing for compulsory contribution to the national health insurer by all Kenyans aged 18 years and above.

Its new NHIF regulations have also taken the Robin Hood approach of requiring the rich, those with a monthly salary of over Sh100,000, to contribute more to the fund. The additional money would benefit the poor, as the rich most likely have private insurance cover. NHIF is just a few of Kenya’s welfare programmes.

Others include the Free Primary Education (FPE), which was first implemented by former President Mwai Kibaki to address the problem of lack of access to basic education by children from poor families.

FPE has been criticized for eroding the quality of primary school education, leading to the mushrooming of expensive private primary schools around the country.

FPE also came with the largely aid-financed lunch programme in which poor children who were likely to find no food at home at lunchtime, got to eat and stay at school until evening.

Through Linda Mama, poor pregnant mothers have been able to give birth safely in hospitals, for free. With Inua Jamii, millions of Kenyans aged 70 and above have received monthly stipends for upkeep.

One of the downsides of freebies, critics say, is that they are prone to abuse.

Cases have been reported of how doctors have diverted free drugs in public hospitals to their own private clinics. Free mosquito nets have been turned into fishing nets.

Studies have shown that a few well-connected brokers and large farmers have diverted cheap fertiliser from the State to their own shambas, while millions of small-holder farmers do not get this critical input. 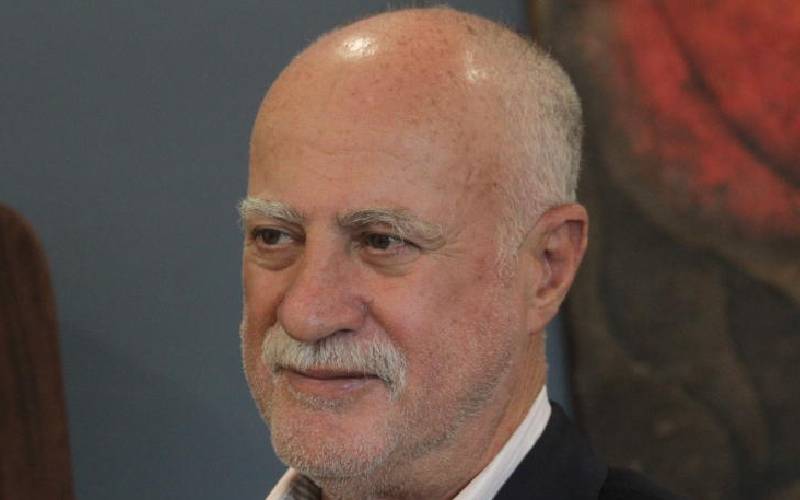 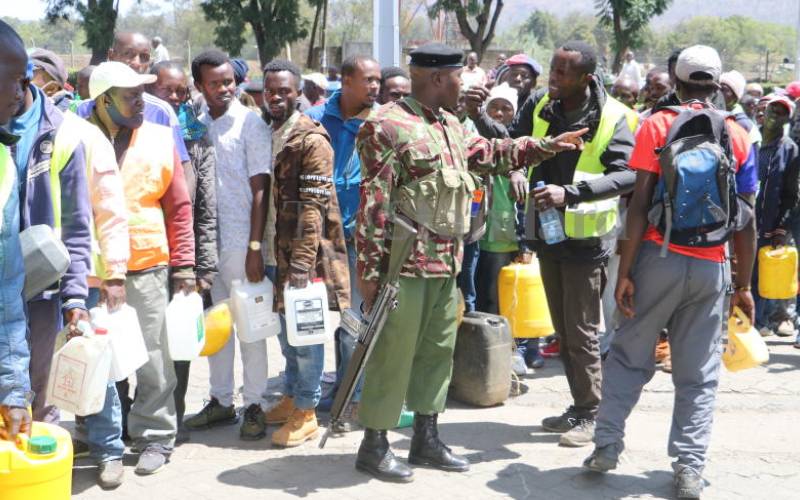