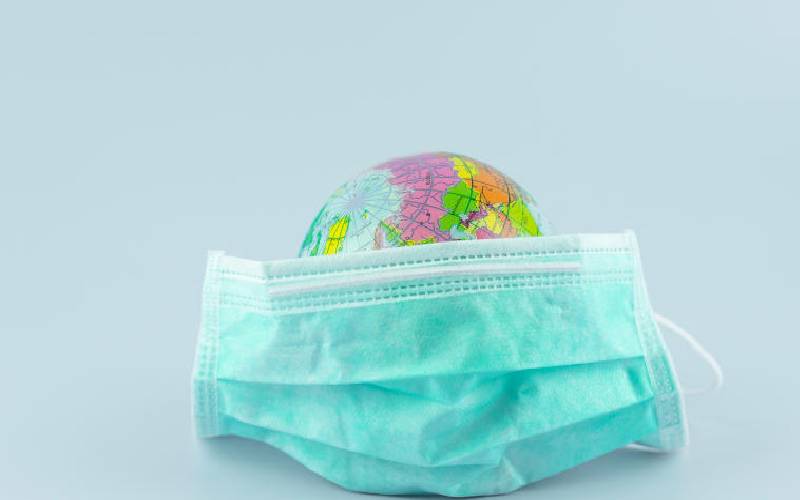 Described as a brutal year by many, 2019 now seems like heaven to Kenyans under the grip of the Covid-19 pandemic that has crippled businesses and livelihoods.   Yesterday, the Kenya National Bureau of Statistics (KNBS) released its annual survey, which showed that the size of Kenya’s economy expanded by 5.4 per cent - an envious performance at a time when some economists and policymakers have projected the economy to register negative growth this year. Last year’s growth was slower than the 6.3 per cent registered in 2018, but almost every Kenyan would do anything to go back to 2019 when there was no curfew and they could strike a deal over a cup of coffee, steal a kiss in a cinema hall, and were free to travel within and out of the country.

“Most of the economic activities have so far been slowed down restrictions resulting from containment and cessation of sections of the population, the nationwide curfew and stoppage of international travel,” said National Treasury Cabinet Secretary Ukur Yatani when he released the Economic Survey 2020. The nominal gross domestic product (GDP) - the monetary value of all the goods and services (haircut, bread, legal services, medical care, new cars) produced in the country - touched Sh9.7 trillion last year. With a population of 47.6 million, according to official figures, this means that every Kenyan was worth 204,783 last year. This, however, is expected to decline as the pandemic continues to pound hard, a situation that has seen every reputable institution including Central Bank of Kenya, National Treasury and World Bank revise downwards the growth forecasts for this year. However, if you adjusted the nominal GDP for inflation - increase in prices as opposed to the real goods and services - every Kenyan produced Sh106,244.

The slower growth in 2019 compared to 2018 was due to instances of drought in the first half of the year which resulted in depressed harvests of some crops. This saw agriculture, which constitutes more than a third of the country’s GDP, slow down to 3.6 per cent compared to six per cent in 2018. “The sector, however, benefited from a modest increase in production of potatoes, rice and wheat, as well as improved production of drought-resistant crops such as sorghum and millet in 2019,” said Mr Yatani. Favourable weather conditions are perhaps the only silver lining in 2020. The manufacturing sector, one of the pillars of President Uhuru Kenyatta’s Big Four Agenda, slowed down to 3.2 per cent in 2019 compared to a growth of 4.3 per cent in 2018.

Contribution shrunk Whereas President Kenyatta expects to push up the contribution of the sector as a fraction of GDP to 15 per cent, its contribution shrunk to 7.5 per cent from 9.4 per cent in 2015. Last year, its contribution was 7.8 per cent. Growth in the sector was due to increased production of motor vehicles, trailers, plastics, animal and vegetables fats and oils and pharmaceutical products. However, wood and products of wood, sugar, electrical equipment and other non-metallic mineral products registered declines. The gradual cessation in the construction of the standard gauge railway also affected the building and construction sector, which grew by 6.4 per cent compared to 6.8 per cent in 2018. The financial sector was the only sector that registered higher growth at 6.6 per cent compared to 5.3 per cent the previous year. Total new jobs generated in the economy were 846,300 with a huge chunk of them in the informal sector, which is reported to have created 767,900 jobs. Permanent jobs recorded a 2.4 per cent growth in 2019 compared to a 2.8 per cent growth in 2018, translating to 67,800 new jobs in the same period. But all these gains could be wiped out by the coronavirus pandemic, which has hit sectors such as the tourism hard with most of the hotels shutting down completely (although they were allowed on Monday to reopen partially). During the period under review, the number of international visitor arrivals increased by 0.4 per cent to 2,035,400 in 2019, which was a slower growth compared to a 14.0 per cent rise in 2018. Tourism earnings grew by 3.9 per cent from Sh157.4 billion in 2018 to Sh163.6 billion in 2019. Heightened stability “The growth of the sector in the period under review was supported by heightened security, relaxation of travel advisories by governments of key tourism markets and political stability that prevailed in the country,” said Yatani. The CS noted that in the short term, the government’s  expenditure would be focused more on initiatives aimed at controlling and eventual elimination of Covid-19 in the country. “Overall, factors against accelerated growth are likely to outweigh pro-growth aspects by far in 2020,” he said, noting that the government would soon be releasing an evaluation report on the impact of Covid–19 on the economy. Economic growth could decline to 2.5 per cent in 2020, but may go lower to 1.8 per cent, Yatani said, as key sectors of the economy suffer the effects of the coronavirus outbreak. Kenya had confirmed 374 cases of Covid-19 as at yesterday and 14 deaths, and it has imposed restrictive measures to halt its spread. The country has suspended international passenger travel, imposed a daily dusk-to-dawn curfew and banned public gatherings. It has also barred movement into and out of five counties most affected by the virus, including the capital, Nairobi. Those moves have led to a serious reduction in economic activity. “Covid-19 is a serious global problem. For us, we are estimating about 2.5 per cent, but can go lower than that to 1.8 per cent growth if the situation persists,” Yatani said. “It is affecting every segment, every sector of the economy ... there has been loss of jobs, loss of earnings, and there is general slackness of growth at all levels. This might actually persist for a long time.” Forecast Yatani also said that Kenya expects to unlock Sh75 billion from an International Monetary Fund standby facility by mid-May to help the economy withstand the effects of the coronavirus. “We hope that it is going to be released to us by mid next month,” he told reporters. In early April, the government had forecast the economy would grow by three per cent or less this year from an earlier forecast of 6.1 per cent because of the effects of the novel coronavirus. Yatani said he hoped agriculture could be cushioned from the effects of the outbreak by good weather this year. “But all other sectors are seriously affected, particularly tourism, general services, industry, transport. They are affected at all levels,” he said. Tourism and horticulture, leading sources of foreign exchange and major employers, have been hit hard. The coronavirus outbreak has also disrupted supply chains and local production. The government has cut taxes for companies and individuals to cushion the economy. [Additional reporting by Reuters]