President Uhuru off to Saudi Arabia for trade talks 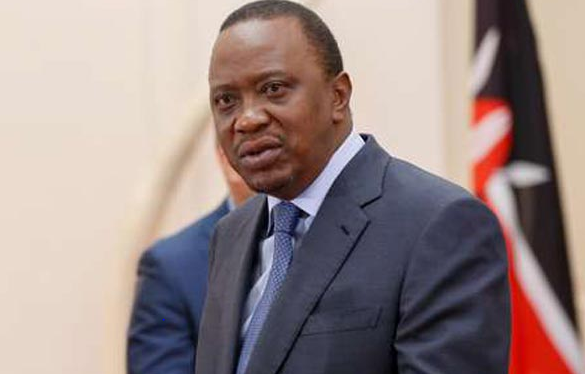 President Uhuru Kenyatta (pictured) left for Saudi Arabia last evening for what his handlers termed bilateral talks with the Kingdom’s leadership. President Kenyatta was expected in Riyadh late in the night after his flight left Jomo Kenyatta International Airport at about 4pm. Details of his trip to Saudi Arabia were scanty. The trip was a low-key affair as there were few officials at the airport to see him off.

Uhuru had earlier met International Monetary Fund (IMF) Director for African Department Abebe Selassie at State House, Nairobi. Mr Selassie commended Kenyatta for spearheading the war against corruption, saying Kenya is on the right path. The IMF director introduced Tobias Rasmussen, the new IMF Kenya Resident Representative, to the President. Mr Rasmussen is replacing Jan Mikkelsen whose tenure ended on September 13. Coveted seat Uhuru arrived on Friday from Sochi, Russia, where President Vladimir Putin hosted African Heads of State for a summit. He had earlier on visited Japan. Meanwhile, Kenya has stepped up the campaign for the coveted seat on the United Nations Security Council for the period 2021-22.

Uhuru has dispatched his Foreign Affairs Chief Administrative Secretary Ababu Namwamba to Baku, Azerbaijan, to represent him at the 18th Summit of Heads of State and Government of the Non-Aligned Movement (Nam).

In Baku, Namwamba mounted a campaign, with the highlight being his address to the summit on Saturday. The summit was opened by outgoing chair, President Nicholas Maduro of Venezuela and his successor President Illham Aliyev of Azerbaijan.