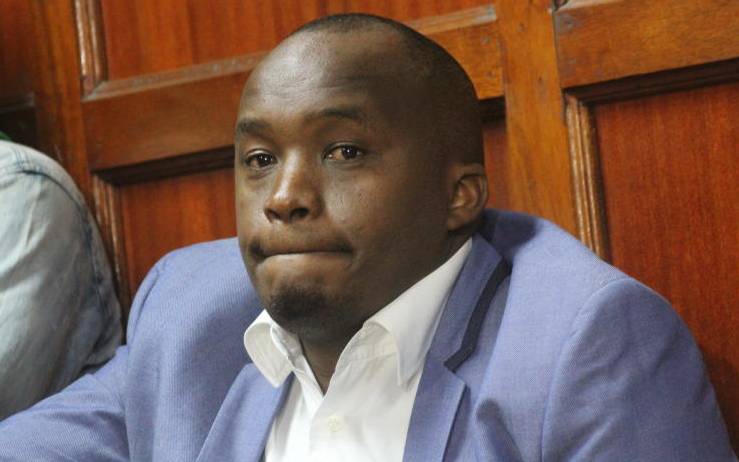 Debate on a motion that seeks to reduce the retirement age from 60 years to 50 years was yesterday postponed again.

The lawmaker has said he hopes his plan will help create jobs for the thousands of graduates who are being churned out of the universities and colleges every year.

It was the second time the motion was listed for debate but was not reached for discussion. Mr Njagua said the matter will be debated when MPs resume from a short recess that begins today.

The initiative, which targets a large number of the 70,000 civil servants in the national government and thousands in the counties, is bound to trigger anxiety in public offices.

It is also likely to cause unease in the private sector, which reflects Government employment guidelines.

Njagua argues that reducing the retirement age will help fix the issue of youth unemployment, which he described as a ‘time bomb’.

“Economic hardship coupled with a lack of opportunities to meaningfully participate in the society puts youth at risk of long-term social exclusion. This compromises countries’ social cohesion and can lead to political instability.

“Youth unemployment is a leading cause for the rise in HIV/Aids, alcohol and drug abuse, suicide, crime and vigilante activities. It is, therefore, necessary that youth agendas be given priority as a means of national development,” the MP said.

It is estimated that about 75 per cent of the country’s population is made up of Kenyans under the age of 40.

According to the Kenya Integrated Household Budget Survey 2015/16 Labor Force Basic Report, the rate of unemployment was 7.4 per cent while underemployment stood at 19 per cent in an economically active population of 22 million Kenyans.

At least 85 per cent of this population is made up of youths.

Njagua argues that overall unemployment among the youth is at 55 per cent against a staggering number of 800,000 graduates from universities, colleges, technical institutes, vocational centres and other tertiary institutions who join the job market annually.

Only approximately 70,000 of the graduates are absorbed into the formal labour force market.

“Concerned about the high rate of unemployment in Kenya, this House urges the government to review the mandatory retirement age in the public service from the current 60 to 50 years to, among other things, create opportunities for the employment of the youth,” reads the motion.

Such a drastic decision to send home a group that is to retire within the next 10 years would have far-reaching implications, including disrupting households’ retirement plans and burdening a Government already struggling with finances and a heavy pension bill.

It would also cause chaos because some ministries and departments have succession management gaps that have prompted retention of staff beyond the mandatory retirement age. This is to provide more time to mentor successors or recruit staff to replace those exiting through retirement.