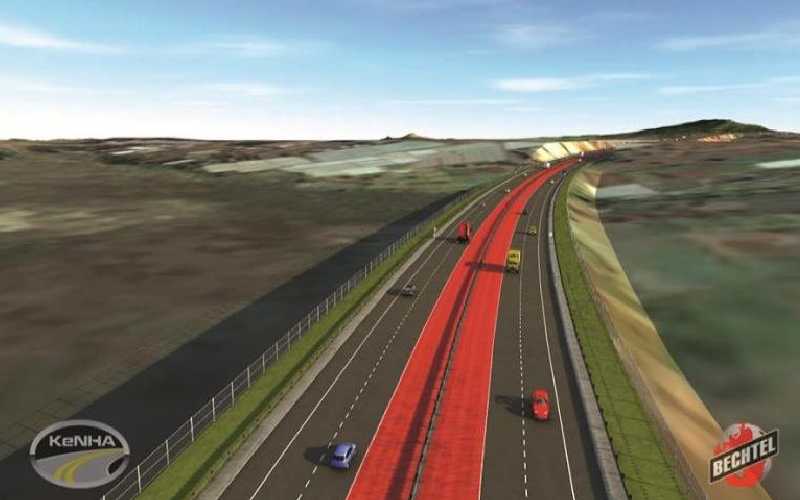 Nearly four years since the State unveiled the firm to undertake the construction of the Mombasa-Nairobi expressway, the project has not moved an inch.

Doubt is now setting in, with many wondering whether the Sh300 billion road will be constructed.

Had the project moved according to plan, some sections would have been in use today. The road would be near-completion, as the initial plan was to have it completed by 2024.

Instead, the road has faced delays, and Bechtel, the US firm contracted to build the expressway, has never broken ground. The company and the Kenya National Highways Authority (KeNHA) declined to provide details on whether the project would commence or if it is still in the cards.

Sources at the Transport and Roads Ministry, as well as KeNHA, now say the project may not take off, as it has been pushed to the back burner. Despite the major delays and other pointers that things are not rosy, Bechtel projects optimism, with officials telling The Standard they remain in touch with Kenyan State agencies.

They say the firm is eager to start work. The company was however cagey with details, only offering a one-line response to the list of questions asked.

“We are still interested and we continue to work with KeNHA and the National Treasury to start work,” said Bechtel, without going into details.

The details include why the project has faced delays and the possible additional costs that would come with constructing the Sh300 billion highway. However, a senior KeNHA official told The Standard the project had been shelved following mounting criticism and questions about its viability.

“The project has been put on hold,” said the official, on condition of anonymity, as they are not permitted to speak to journalists on the matter.

“The construction of the expressway from Jomo Kenyatta International Airport (JKIA) to Westlands took precedence and this one was shelved,” the official added.

The official noted that negotiations on funding for the Sh300 billion road did not bear fruit, leading to a stalemate between Betchel and the government.

“The question of introducing tolls is not a popular one and we will have to ensure we have the buy-in of Kenyan motorists and that the road will have enough traffic to recoup the investments,” said the official.

With Kenya having over-committed billions of shillings in public debt in other infrastructure projects, the options for financing were slim.

The project was supposed to be developed through a Public-Private Partnership model but the agreement had not been reached - including whether the contractor would design and finance the road, while later operating it and recouping the investments through tolls.

Bechtel had also been wary of tolling the road, arguing that it could dissuade motorists from using it, and making them revert to Mombasa-Nairobi highway since the State expanded several stretches that experienced congestion in the past. This includes the segment between Athi River and the turnoff to Machakos town.

The US government has blown hot and cold about the project financing, expressing concern that lending Kenya Sh300 billion to construct the road would worsen its debt situation.

It said the country was already tending to unsustainable levels while at another point saying “the highway is an investment that won’t saddle Kenya with unsustainable debt”.

The 473-kilometre road is designed to achieve consistent high speeds of upwards of 100km per hour, reducing the journey between Mombasa and Nairobi to about four hours.

It would, however, be one of the costliest infrastructure projects, designed to have four lanes and 19 interchanges. It is also expected to become a toll road. Bechtel had projected that it would employ over 4,000 people and provide training and capacity building. Besides, the government had proposed three special economic zones along the Mombasa-Nairobi corridor that would be stationed at the major interchanges and also feed on the Standard Gauge Railway.

Bechtel was given the job in August 2017, followed by a series of negotiations on how to go about building the road, which appear not to have borne much fruit. It was a critical project for the US and during Trump’s administration, it was seen as checking China’s influence in Kenya and to an extent, the region.

The project sparked criticism after an announcement that the American firm had bagged the deal on August 5, 2017, two days before the General Election.

While there is nothing wrong with that, concerns were raised, with some Kenyans noting that the deal would go unscrutinised considering the entire country was focused on the elections.

There were also concerns on single sourcing of the firm to build the road, which may have denied the country other cheaper options for the same quality of work.

Key, however, was the strong return of America big-ticket deals in Africa, to challenge the Chinese might. It was also a resurgence of the US’ Overseas Private Investment Corporation, whose power had waned but was reformed and renamed US International Development Finance Corporation (DFC).

The entity may have been crippled by the recently enacted Build Act, which prohibits US entities from Chinese type predatory loans. Apart from DFC, entities that were expected to finance the expressway included the US Export-Import Bank and UK Export Finance.

The project also faced quarries from National Assembly’s Committee on Transport. Early 2018, the committee questioned senior Transport Ministry officials on how the firm was selected to undertake the deal.