IMF reveals Kenya debt could be more than Sh6.2 trillion 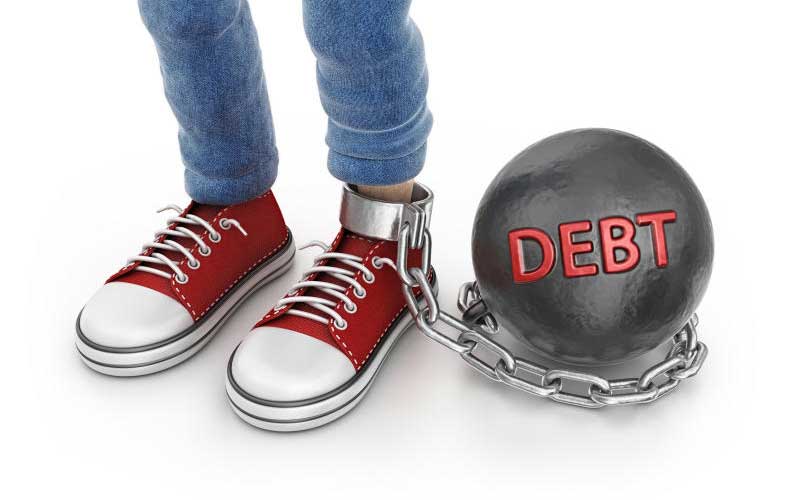 Former National Treasury Cabinet Secretary Henry Rotich is once again on the spotlight, after the International Monetary Fund (IMF) accused his team of using technicalities to conceal the true position of the country’s debt. Falling short of accusing the Treasury mandarins of cooking numbers, IMF called out the Exchequer for blindfolding the public by using different debt-ceilings when calculating the sustainability of the country’s debt. The muddling up of debt figures has left Kenyans confused on the true financial position of the country. This means that it is not possible to tell whether Kenya is able to meet all its debt obligations.

“While the 2015 Legal Notice sets a maximum debt level of 50 per cent of GDP in NPV (net present value) terms, budget documents instead assess debt to be sustainable — and therefore acceptable — if it is less than 70 per cent of GDP in NPV terms,” reads IMF’s fiscal transparency report released this week. The law has since been changed, and the ceiling for public debt shifted from being pegged on the national output, Gross Domestic Product (GDP), to a nominal ceiling of Sh9 trillion. IMF joins Central Bank of Kenya (CBK) Governor Patrick Njoroge in accusing former Treasury CS, together with his Principal Secretary Kamau Thugge, of distorting revenue figures. In a rare bare-knuckle attack on Rotich’s tenure, Njoroge described the Treasury’s budget-making process as “abracadabra”, where revenue numbers were randomly included in the budget books “from thin air”. The Fiscal Transparency Evaluation Update lays bare the financial indiscipline at the Exchequer, which was overseen by Rotich and his Permanent Secretary Kamau Thugge, with the country’s debt surging to Sh6.2 trillion as at December 2019. Austerity measures

This comes at a time when the Treasury, led by new CS Ukur Yatanni, has aggressively moved to contain its spending in what is aimed at slashing further debt uptake. Ministries and parastatals have been told that such things as tea, training and conferences will be reduced in far-reaching austerity measures that have also seen the Kenya Revenue Authority (KRA) aggressively go after tax cheats. Kenya’s debt has spiraled to Sh6.2 trillion as at December 2019, and going by IMF’s remarks, the figure could be even higher. In a new report, IMF has also blasted the Exchequer and the KRA for not making public the tax reliefs it has granted to some taxpayers. The National Treasury CS has the discretion to grant tax exemptions, a process that the IMF now says has been shrouded in secrecy.

When reached for comment, one of KRA’s spokespersons said the issue of tax exemptions did not fall within the tax agency’s mandate. Instead, they directed us to the National Treasury. National Treasury PS Julius Muia had not responded to our text message by the time of going to press. Tax expenditures The IMF has also turned the spotlight on the country’s taxes, accusing the government of not publishing any regular reports that comprehensively discloses estimated revenue losses from tax expenditures. This means that the public does not get to know how much the country has foregone in tax revenues through tax reliefs and exemptions. “The Kenya Revenue Authority (KRA) produces a report on annual tax exemptions which is submitted to the Auditor General, but it is not published due to concerns over the reliability of the data,” reads the IMF report. “Current reporting practices on tax arrears do not comply with the constitutional requirement to publish all tax waivers or the PFM Act’s requirement for publishing an annual report on these exemptions and concessions.” The IMF capacity development mission came to Nairobi between August 6 and August 19, last year, at the request of the National Treasury. The mission also found out that there was no unit responsible for tax policy issues, either at the National Treasury or KRA. This crippled the performance of KRA, which has been missing its targets. Already, the taxman has missed its half-year target by Sh88.3 billion, netting Sh857.8 billion. “Capacity would need to be developed in the KRA and the National Treasury, which still has not created a unit responsible for tax policy issues,” says the report. The IMF and other development partners had previously provided training on calculating tax expenditures, but most of the government officials involved have left, and the capacity in this area is now low.