I want to set the country on path to economic success 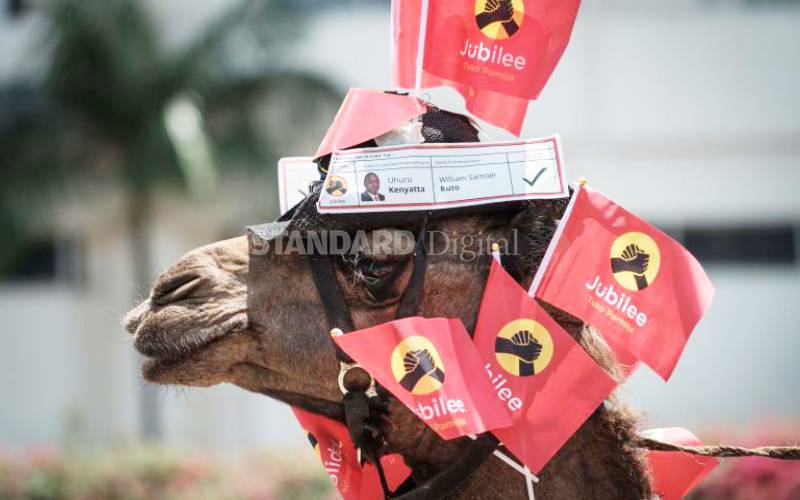 Today, I will spell out the areas that my administration intends to focus on over the next few months. The primary thrust of that strategy is economic. I want the economy to be a more important focus than politics. And this is because our practice throughout our history has been to pursue the political kingdom as opposed to the economic kingdom.  But that focus has been wrong. It is the reason we still have remnants of poverty despite the years of progress we have made. Political power pursued for its own sake will not make us the great nation we want to become. We must, therefore, use politics to shift the economy and address the plight of the most vulnerable members of our society.  We must use politics to better the livelihoods of Kenyans. If we use politics as a means to a greater end, we will give politics meaning. And this is my intent for this year. On the first area of focus to revitalize our economy so as to increase circulation of money in the economy.

The removal of the interest rate cap in November last year will facilitate the availability of more credit to businesses which will in turn increase the circulation of money. I urge the Central Bank to use the full range of instruments of regulation and policy at its disposal to prevent predatory lending and ensure that banks can offer loans at affordable interest rates. Micro, Small and Medium Enterprises (MSMEs) are the lifeblood of our economy. The sector accounts for more than 80 percent of all businesses in Kenya, create around 75 percent of the jobs and are key contributors to broad-based and inclusive economic growth. But MSMEs face many challenges, which reduce their competitiveness and constrain their growth and sustainability. As a result, the contribution of MSMEs to the country’s gross domestic product (GDP) is only 30 percent, a figure that could be much higher if we were to realise their full potential. We are, therefore, putting several measures in place to re-start this powerful engine of our economy. They include: Increasing access to affordable credit:  Measures to enable MSMEs access affordable credit include the recently launched Stawi. This will provide unsecured credit to MSMEs, which, because of their informal nature and lack of collateral securities, had been locked out of the formal credit market.

Five commercial banks have set aside 10 billion shillings to be lent to MSMEs at an interest rate of 9 percent per annum, in loan amounts ranging between 30, 000 to 250,000 shillings. Partnership between the government and MSMEs in the construction industry to provide doors and windows for the affordable housing programme. My second intent for the year is to increase the money in the pocket of the farmer. This will be achieved by directing our anti-corruption efforts against those managing the agricultural sector and exploiting their positions for illegal gain and trading in conflict of interest. I am also directing action to increase the revenues to the farmer as opposed to the middle men and brokers.  Kenya remains a leading exporter of Black tea, accounting for nearly 20 percent of total global exports. However, lately, the industry has been experiencing difficulties, particularly with regard to diminished earnings for the farmers. The following actions will be taken to address these concerns: Pricing policy and mechanisms for smallholder farmers. The key concerns are on low tea prices, delayed payments, low initial payment by Kenya Tea Development Agency (KTDA) Ltd and fluctuations in net income of tea farmers.