By Standard Team | Dec 5th 2020
Matungu MP Justus Murunga is set to be buried today at his home at Makunda village. He died on November 14.
He collapsed that evening and was rushed to the Matungu Sub county Hospital in the company of his handlers and bodyguard. 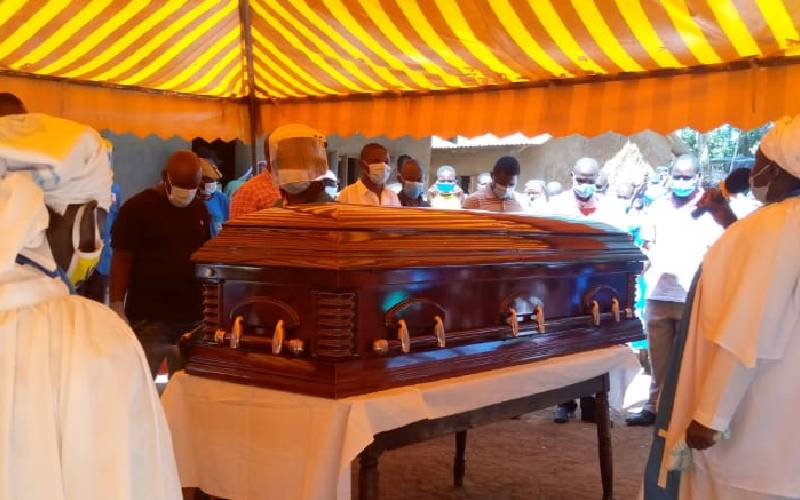 The MP was then rushed to St Mary's Hospital where healthworkers tried to save his life but he died while receiving treatment. 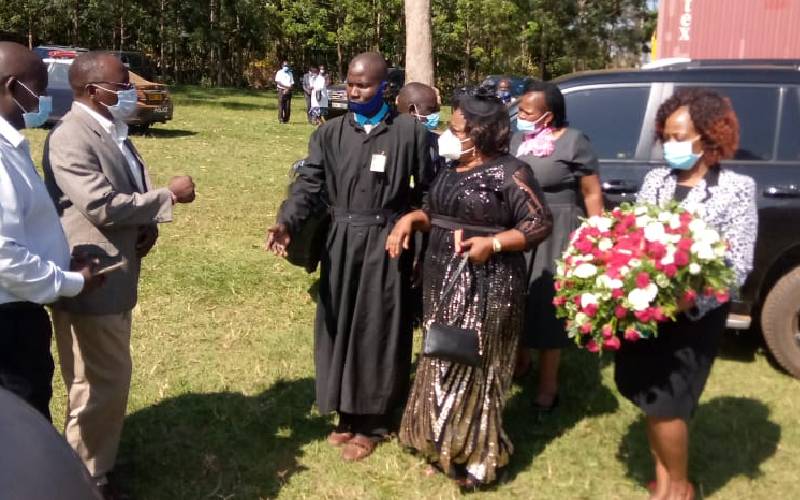 He was taken to Lee Funeral Home where his body was airlifted from today to his eldest wife's home in Makutano village in Lugari.

It is expected that the body will be buried in accordance to Ministry of Health Covid-19 guidelines that include pallbearers wearing Personal Protective Equipment (PPEs).

The funeral comes at a time when public gatherings have been banned to de-escalate rising Covid-19 numbers in Kenya.

However, attendants seemed to observe some of the protocols which include not shaking hands and wearing face masks. The family had earlier been stopped from carrying on with the burial arrangements after a woman moved to court over the matter. 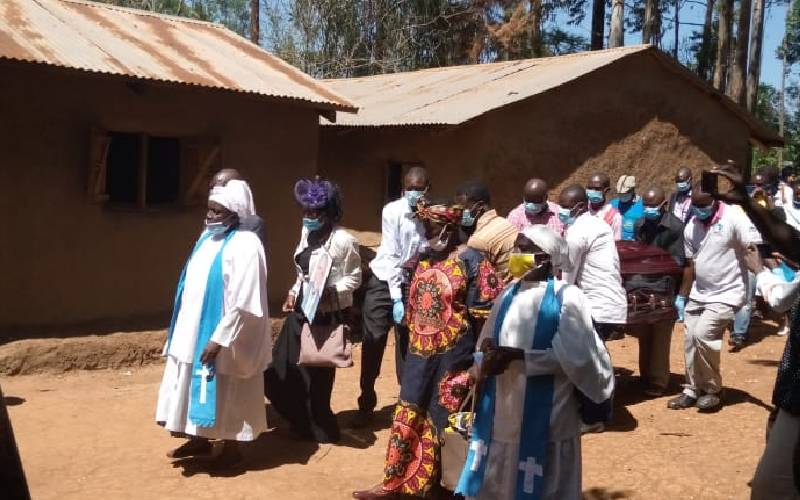 Milimani court issued the order restraining Murunga’s widows Christabel Murunga and Grace Murunga from conducting the burial, interment or cremation of the body pending the determination of a suit filed by a woman claiming to have been his lover.
The suit was filed by Agnes Wangui, who said she had two children with the MP in a secret relationship. In her application she alleged that Murunga’s family had conspired to lock her and her children out of the funeral and burial arrangements.
Murunga, fondly referred to as 'The Drill' was born in 1960 and was a manager at Embakasi Ranging Company in Nairobi before joining politics in 2017. 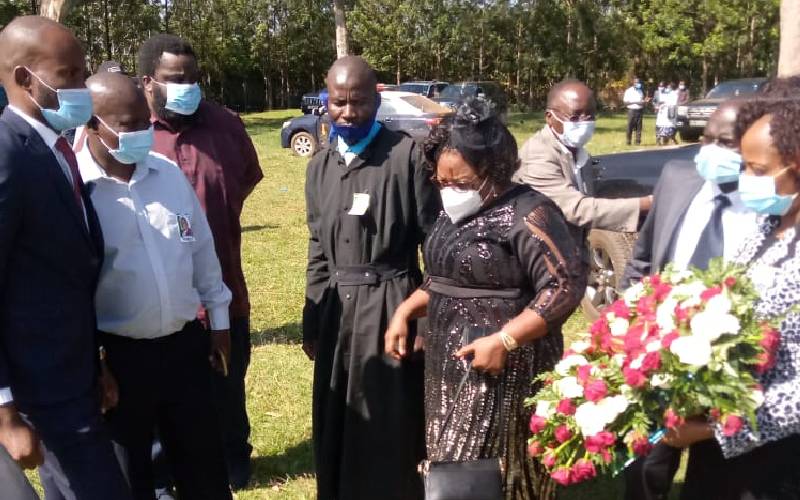 Positioning big brands to thrive in times of crisis
Should we expect long-lasting uncertainty in the global economy because of the pandemic?
Financial Standard
By Enock Wandera
12 hours ago

Support African scientists to come up with solutions to our problems
The recent Covid-19 pandemic has placed public health back in the global spotlight and has also served as a reminder that science is not undertaken in an ivory tower.
Opinion
By Quarraisha Abdool Karim
12 hours ago

Are we seeing early indicators of a financial crisis?
The writer argues that a strong dollar, war and the coronavirus have all colluded to make developing economies struggle with high inflation and currency shortages.
Opinion
By Odhiambo Ramogi
2 days ago
.