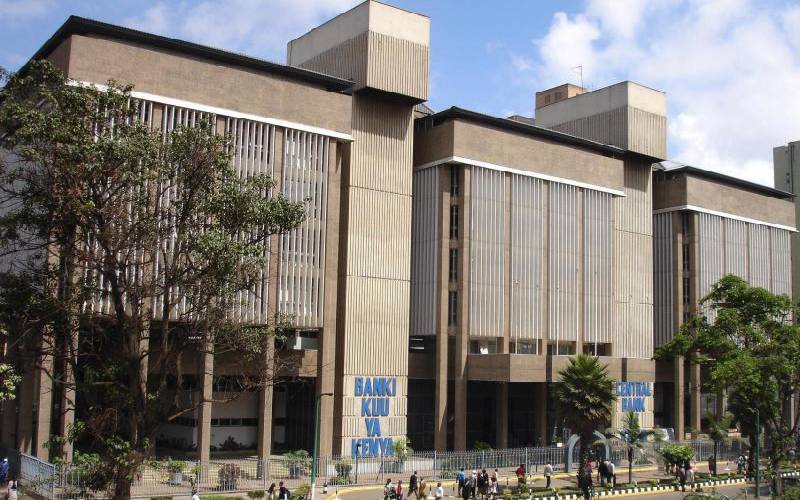 If the Covid-19 pandemic that violently shook the economy for the better part of last year did not kill local banks, then it has made them stronger.

Slightly over a year since the country recorded its first case of the deadly virus, Kenyan banks appear to be on steroids.

The latest data from the Central Bank of Kenya (CBK) shows that they recorded a profit before tax of Sh60 billion in four months, nearly what they made in the first six months of last year.

After a tumultuous 2020, bank shareholders, some of whom have gone for two years without a piece of the bank profits, are now positioning themselves for a bumper harvest this year.

As the economy reawakens and borrowers who had difficulties servicing their loans begin to repay their debts, billions of shillings that banks had set aside as insurance against possible defaults have been freed, swelling the lenders’ bottom lines.

With borrowers religiously servicing their debts, interest income has gone up.

And it does not end there. Because the funds that had been set aside for possible defaults had already been taxed last year, banks will not be paying taxes on the recovered bad debt charges.

And in the event of the loans being written off, banks will still claim back the taxes they paid on the insurance funds as an expense that had been subjected to the 30 per cent corporate income tax.

In total, the nine largest banks with three-quarters market size, are looking at recovering close to Sh131.8 billion from the loan loss provisions and tax credits.

A big chunk of the money, about Sh111.3 billion, is loan-loss provisions, while the remaining Sh20.6 billion is in the form of tax credits.

Expectedly, Equity Bank, now the most profitable bank in the country, will reap the biggest, having put up a wall of provisions amounting to Sh26.6 billion and a tax credit of Sh8.23 billion, taking the total to Sh34.83 billion.

KCB, Kenya’s largest bank by market size, is looking to recover some Sh32.3 billion in the same fashion.

Loan-loss provision for NCBA, the third-largest bank, was Sh20.4 billion, while its deferred tax credit was Sh2.5 billion, which means the bank, which is associated with President Uhuru Kenyatta’s family, stands to recover Sh22.9 billion.

Co-operative Bank, on the other hand, expects to claw back close to Sh7.46 billion, Absa Bank Sh9.42 billion and Standard Chartered Sh4.97 billion.

These gains had already started to manifest in the first-quarter results that saw local banks’ profitability jump significantly.

Equity Bank’s net profits rose by 64 per cent in the period between January and March on the back of increased income even as the listed lender controlled the growth of expenses, especially loan-loss provisions.

NCBA Bank’s net profit also increased by 74 per cent to Sh2.8 billion compared to Sh1.6 in the first quarter of last year, helped by massive growth in digital loans.

And with data from CBK showing that banks’ profit before tax in the first five months of this year increased to Sh59.8 billion compared to Sh45.3 billion that the lenders made by the end of May last year.

This impressive performance is likely to be reflected in the upcoming half-year financial results.

Meanwhile, although the economy has not fully bounced back to the pre-pandemic levels, banks, which are flush with cash, have found a lucrative borrower in the government.

Since March last year, the National Treasury through CBK has borrowed an additional Sh228.4 billion from banks through issuance of government securities, official data shows.

Last year was tough for Kenyan banks, with their profitability declining by almost a third on account of a surge in bad debts, which almost tripled to Sh110.7 billion from Sh39.6 billion in 2019, according to CBK data.

But it was even worse for the 21 smaller banks. Their losses increased from Sh2 billion to Sh3 billion.

So harsh were things for the tier-three lenders that Kingdom Bank, formerly Jamii Bora, which was forced to get a Sh21 billion facility from the regulator to keep it afloat, the bank’s parent company Co-operative Bank revealed in its annual report.

With profits sagging, most of the lenders clammed up with dividends.

“The directors did not recommend a dividend payout because Covid-19 is still here with us and we are expecting a big third wave. Until vaccinations have been done, we are still skeptical to say we are already on the recovery,” said Absa Bank Chief Finance Officer Yusuf Omari.

Equity shareholders would go for two financial years without dividend, with the second-largest bank by market size withdrawing the dividend it had announced last year after the country announced its first case of Covid-19.

At least four banks made dividend payout amounting to Sh13.1 billion for the year ending December 31, 2020.

This is despite some of them being among the six of the 11 listed banks that issued a profit warning, meaning they expected their profits to decline by more than a fifth.

The huge bad debt charges were a double tragedy for banks. The accounting standard considers the money set aside to insure against default as an expense that should not be taxed. But the tax laws speak a different language.

And because the taxman always has his way, banks paid taxes on the billions that they had set aside as insurance against possible defaults. This resulted into what is known as deferred tax credit.

Robert Waruiru, a senior tax manager at KPMG East Africa, described deferred tax as accounting concept that tries to measure how much tax credit or liability you will have in the future.

“If borrowers don’t pay, accounting rules require you to be prudent as a bank to say: ‘I have lent Robert some money, but from the way he is behaving, I don’t think he will pay me this money,’” said Waruiru.

This means the bank is likely to lose the money and so you provision for loss.

“That provision for loss, for tax purposes, is not allowed. The taxman when he is looking at your profitability, he will completely disregard that loss and therefore, you will have to pay taxes on that loss.”

If the borrower actually defaults, then the bank will be allowed to take that expense in that year that the loss made.

Our honest conviction is that we are ‘disqualified’ from ascending to top State jobs by a Kenyan social paradigm that long threw out meritocracy.

Swimming: Muteti and Rosafio ready for the dive in Olympic Games