Children of the corn: Health impact of a maize-based diet 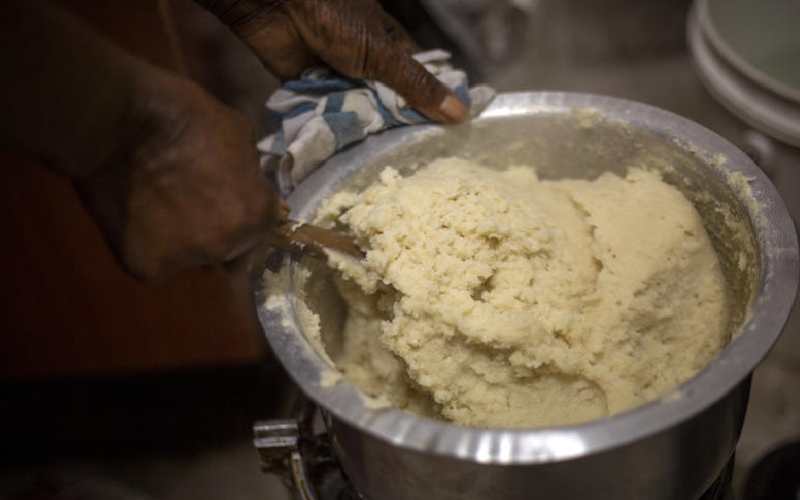 Did you know that the Sub-Saharan Africa consumes 21 per cent of the maize produced in the world? In Kenya, which produces 40 million 90-kilogramme bags of the grain annually, maize makes up 63 per cent of total food calories consumed in households.

It is estimated that we consume 103kg of maize per person annually. Kenya is the highest maize consumer compared to other East African countries. In Tanzania the consumption is 73Kg per person annually, 52kg in Ethiopia, and 31kg in Uganda.

A hardy grain that can be produced in most parts of the country, maize is inexpensive and easily accessible to most Kenyans. Its versatility in the kitchen also makes it a darling in Kenyan households – it can make ugali, githeri, porridge, thicken soups, be roasted on the cob as a snack, as well as for making pastries, to mention a few.

How maize came to Africa

With its position as a staple in Sub-Saharan diets, the assumption that the grain is indigenous to the region is understandable. However, maize, also known as corn, and which is native to the Americas, was first introduced to Africa by Portuguese around the 16th Century or 17th Century. It became a key food crop in Africa during slave trade.

But it was not until the 1960s when African subsistence farmers started producing the grain heavily. At this time, international aid agencies saw maize as the key to food security in Africa. However, over the years, as the population has grown more dependent on maize, it has become evident that a maize-based diet has its nutritional drawbacks.

Maize is high in starch but compared to other grains such as millet and sorghum, it is low in calcium and other trace minerals. Maize-based diets often lack complete protein, which can lead to malnutrition and stunting in children.

Since maize is high in starch, it can cause a spike in blood sugar and eventually lead to weight gain and diabetes. Corn syrup is especially culpable. One study found that the prevalence of diabetes was 20 per cent higher in countries with easier access to the product than where it was not as readily available. A 24-year Harvard study, which followed 133,468 adults, found that each additional daily serving of maize was associated with 0.9kg weight gain per four-year interval. Other starch foods such as potatoes and peas did not contribute as much weight gain.

Maize is also one of the most genetically modified crops in the world. Although there have been studies, which try to prove that GMO maize is even healthier than non-GMO varieties, the subject is hotly debated. An Italian team of scientists analysed data from multiple studies over 20 years and found that GMO maize contained lower levels of naturally-occurring mycotoxins, which are poisonous to humans and animals. In GMO maize, the occurrence of these toxins was reduced by almost a third due to fewer fungus infestations and insect attacks.

Other studies have linked the consumption of genetically modified maize with toxic effects on organs such as the liver and kidney. A 2012 study published in the peer-reviewed journal Food and Chemical Toxicology found that GMO maize could increase the risk of developing tumours, leading to premature death.

For the study, 200 rats were followed for two years (essentially a rat’s entire life span and far longer than the 90-day feeding studies used to win approval for GMO crops). The rats were split into different groups and fed either GMO maize, maize which had been sprayed with a herbicide, or non GMO maize. The study found that 50 per cent of the males and 70 per cent of the females which were fed GMO maize died before they would have from normal aging, compared to 30 per cent of males and 20 per cent of females in the control group. However, the study was immediately criticised and discredited by other scientists, who claimed that the methods used were flawed and similar studies had not backed up their findings.