Why you should use antibiotics with caution 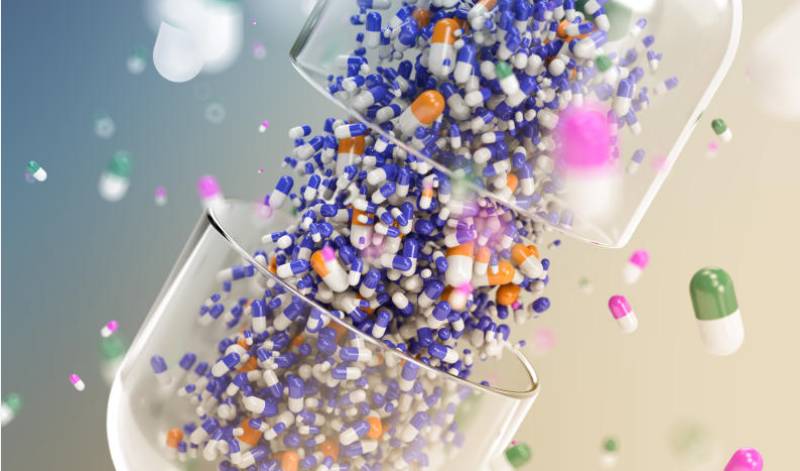 Antibiotics are among the most prescribed drugs in the world. Since Alexander Fleming discovered penicillin in 1928, antibiotics have become a major part of modern medicine. The global intake of antibiotics has been projected to increase by 15 per cent between 2015 and 2030.

Antibiotics are powerful drugs that help our bodies ward off bacterial infections. But like any other drugs, antibiotics also come with side-effects. Fortunately, most of the side-effects associated with antibiotic use are mild and don’t require medical attention.

Long-term antibiotic use can also lead to clostridium difficile (C. diff) a condition which causes severe inflammation of the colon. This condition might require a hospitalisation.

The problem is that antibiotics also kill the good bacteria in your gut, which causes bad bacteria to flourish. This explains the digestive problems.

What to do: Take plenty of fluids and avoiding high-fibre may help relieve your symptoms. Additionally, take probiotics to replenish the good bacteria in your gut. You can take probiotic supplements or fermented foods such as yogurt and kefir. Herbal tea may also be handy (ginger tea for nausea, and raspberry leaf tea for loose stools).

Many people on antibiotics also complain of headaches. If you notice that you have a headache while taking antibiotics, don’t panic. Thankfully, antibiotic-related headaches tend to be mild and temporary.

What to do: Ensure that you’re taking plenty of fluids and resting. Over-the-counter painkillers might also help relieve the headache. It is a good idea to avoid caffeinated drinks as caffeine might acerbate the symptom.

Are you getting easily sunburnt? Your antibiotic treatment might be to blame. Some antibiotics are photosensitizers – meaning they affect how your skin reacts to ultraviolet light.

If the antibiotic you’re taking is a photosensitizer, you might have an increased risk of getting sunburns. Your skin might also blister and peel when exposed to the sun. Some people also complain of a red, itchy rash after as little as 15 minutes of sun exposure.

Some common photosensitizing antibiotics include tetracycline, flouroquinolone, and sulfa drugs.

What to do: Avoid prolonged periods of sun exposure – especially between 10 am and 2pm when the sun is at it’s hottest. When going outdoors wear broad-spectrum sunscreen and protective clothing (long-sleeved blouses, wide-brimmed hats, and sunglasses).

While antibiotics help you to fight a bacterial infection, they might also affect the function of other drugs that you’re taking. The antibiotics can render the other medications less effective, posing risks to your health.

Some types of antibiotics can also interact with alcohol and cause unpleasant side effects. These side effects include headache, flushing, nausea, vomiting, and a rapid heartbeat. Doctors usually advice patients to avoid alcohol when taking antibiotics such as tinidazole, metronidazole, trimethoprim, and sulfamethoxazole.

What to do: It might be ok to take a drink or two while on some types of antibiotics. But it’s generally advisable to avoid alcohol when taking antibiotics. Bear in mind that some of the other side effects – such as abdominal cramps and loose stool – can be worsened by alcohol consumption.

Yellow teeth are a cosmetic concern for many people. Antibiotics might cause teeth discolouration, especially in children under eight years.

Teeth might have yellow, brown, or grey stains. For this reason, drugs such as tetracycline are required to have a warning label against being used in young children. Taking the drugs while expectant can also cause stained teeth in a woman’s offspring.

The extent of staining is influenced by factors such as dosage, length of treatment, and stage of teeth mineralization or calcification. However, newer tetracycline drugs such as doxycycline might not cause this side effect. They bind less readily to calcium, which means they won’t cause teeth staining.

What to do: Teeth staining from antibiotics is reversible in older children and adults. It can be removed with careful brushing or professional cleaning. If you’re worried about stained teeth from antibiotics, you should share the concerns with your doctor.

According to a 2009 study published in the journal Ophthalmology, the antibiotic flouroquinolone is associated with experiencing double vision. The researchers documented 171 cases of double vision among people who had used the drug between 1986 and 2009. They also found that the average time from start of medication to onset of the symptoms was 9.6 days.

Since flouroquinolone is also linked to causing tendonitis, the researchers theorized that it caused the muscles around the eye to stiffen, causing double vision.

What to do: If you notice double vision after taking antibiotics, consult your doctor. It is important to conduct neurological exams to rule out other possible cause.

Exposure to antibiotics such as penicillin and flouroquinolones has also been associated with anxiety and depression symptoms.

In a 2015 research published in the Journal of Clinical Psychiatry, the more antibiotic courses an individual had taken over their lifetime, the more likely they are to develop depression and anxiety.

Researchers explained that antibiotics change the body’s microbiome makeup. These changes may affect metabolism, the immune system and neurologic pathways – all of which can negatively affect mental health.

What to do: Get professional help for mental health issues such as anxiety and depression. Most importantly, don’t take antibiotics if you don’t have to. Antibiotics are wonderful when used correctly, but abusing them comes with risks to your health.