Music royalty met actual royalty at the European premiere of the Lion King as Prince Harry and Meghan Markle were given a warm greeting by US stars Jay Z and Beyonce .

But while their orange carpet meeting seemed like a picture perfect moment , behind the scenes tensions were said to be running high.

According to sources, royal advisers were less than impressed when Jay and Bey broke protocol by arriving later than Harry and Meghan to the star-studded event.

The insider also revealed the real reason behind the unfortunate time-keeping.

Edi Gathegi happy to star in movie produced by Jay-Z

According to The Sun , the Crazy In Love singer sparked the hold-up as there was a problem with her striking gold dress.

They claim Beyonce had started getting ready for the event with her glam squad at the Corinthia Hotel as early as 2pm.

But it came to slippin on the gown, her team noticed the Nguyem Cong Tri creation had a tear in it.

With Queen Bey determined to stick to her original choice, a seamstress set to work repairing the garment. 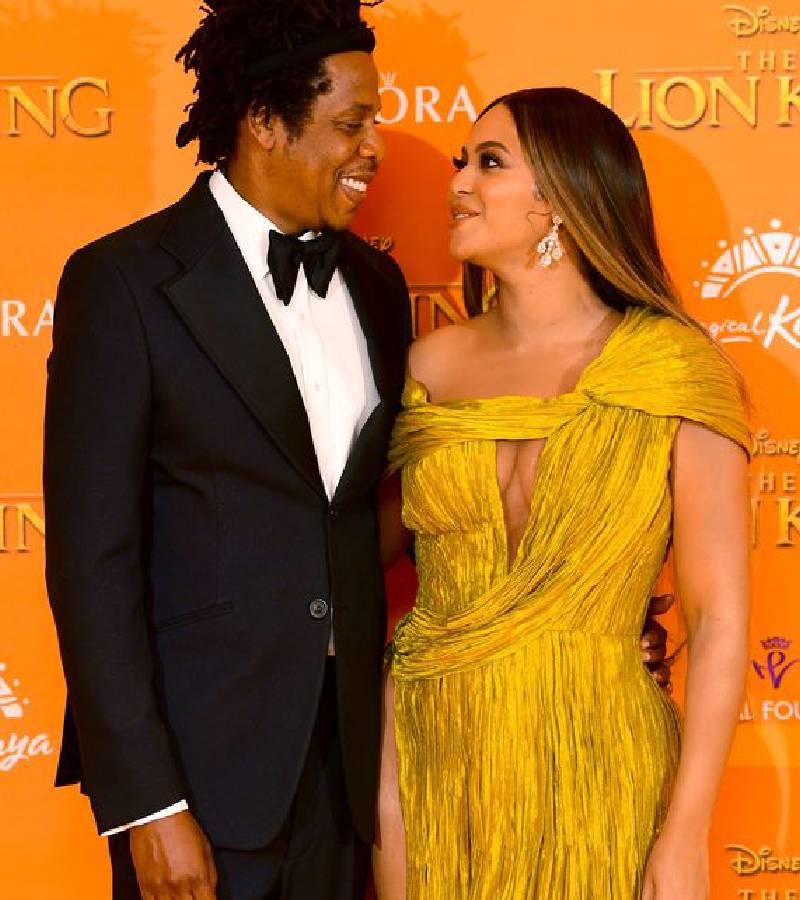 The incident meant that Beyonce and hubby Jay Z eventually showed up at London's Leicester Square 90 minutes later than intended.

But judging by the warm reception, the royal couple were most forgiving.

The couples couldn't hide their excitement at meeting each other and shared a massive hug before Beyonce gushed: "We love you guys."

A lip-reading expert later revealed that Beyonce called the duchess 'My Princess.'

So it appears the royals weren't too upset.

Do celebrity couples have high chance of breaking up? | Hot Topics

Houston Rockets star James Harden is opting out of the basketball World Cup in China, the Houston Chronicle reported on Friday.