The US side had attempted to raise their profile on social media using the hashtag #RedTubeARMY and attracted a number of new followers to the club.

“We thought it would be funny but also, I thought of it as one of those jokes where it’s funny but would never happen. But Jaime has a great talent for writing and is one for great whit.

“So, he crafted a letter that he and I did some edits, took a screenshot and sent it to RedTube’s Twitter.

“Here is where we met Emma, who runs their social media account and as soon as it went up, we got over 50 likes and are still getting more. She DM’d us and I spoke with her about what would be in the details of the agreement.

“It’s actually pretty legendary because no one else has this from the top teams all the way down to amateurs.

“It’s a bit odd to have it and some people think it’s controversial but let’s be real here, it’s a men’s league club and we have done something that is unique.” 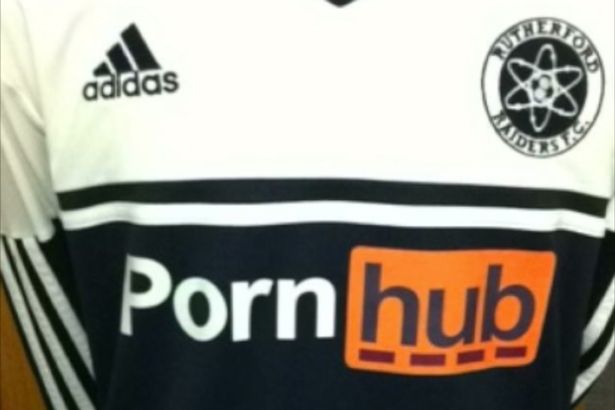 Initially, it was a joke by the Rutherford Raiders who put the logo on their shirts, but the website contacted them and offered to sponsor them for real.

But a University spokesman said the team would be banned from playing if they wore the kit on campus.