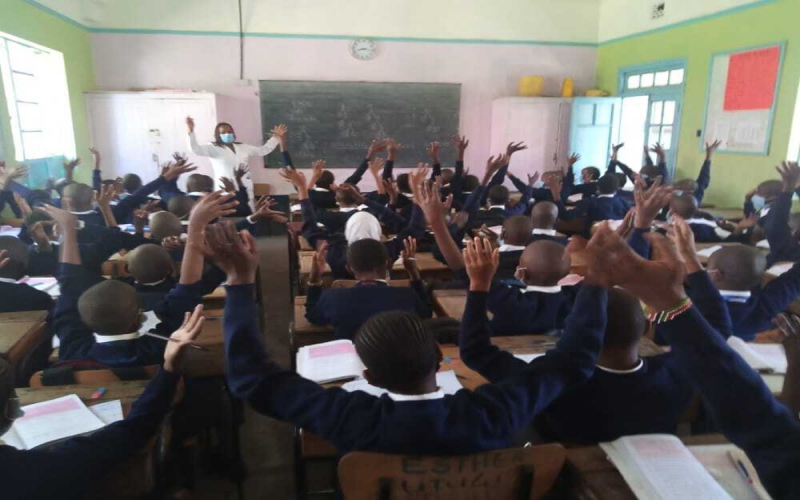 As thousands of learners returned to classes in Naivasha,  'social-distance' was a new term as the excited pupils reunited after over nine months of closure due to Covid-19 pandemic.

Caution was, however, thrown to the winds as the pupils mingled at water points and in the classrooms on the first day. Teachers had rough time controlling the learners.

The Standard in their visit to various public schools established that pupils would have to share classrooms raising fears of a spread of Covid-19.

Despite the challenges, turnout in public schools was impressive though the teachers admitted that it was impossible to observe social distance due to the few numbers of classes and teachers.

"We have been advised to reduce the number of pupils per class but where do we take the others?" posed one of the teachers. 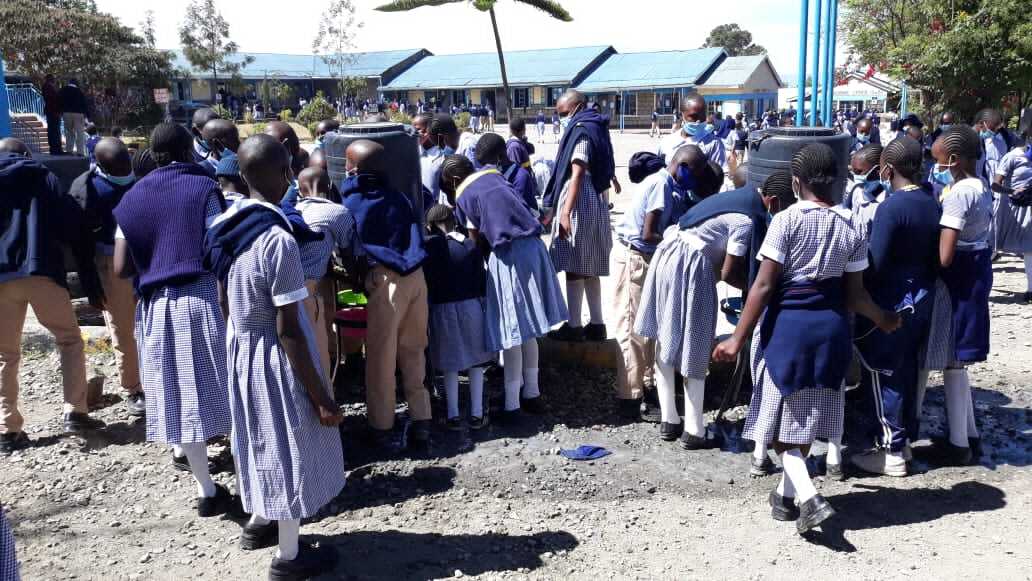 Naivasha sub-county education officer Bernard Chirchir termed the turnout as impressive adding that no major challenge had been reported.

"All public schools in Naivasha have opened and though not all pupils reported, the turnout is impressive and all the required health regulations have been observed," he said.

At AIC Visa Oshwal primary school in Baringo the school headteacher Joseph Karanja said that over 70 per cent of pupils turned up.

He noted that the school has 1525 pupils thus becoming hard to achieve the social distancing.

"For now we have tried to, but it is difficult to achieve social distancing," Karanja said.

By Steve Mkawale and Patrick Kibet | 5 hours ago