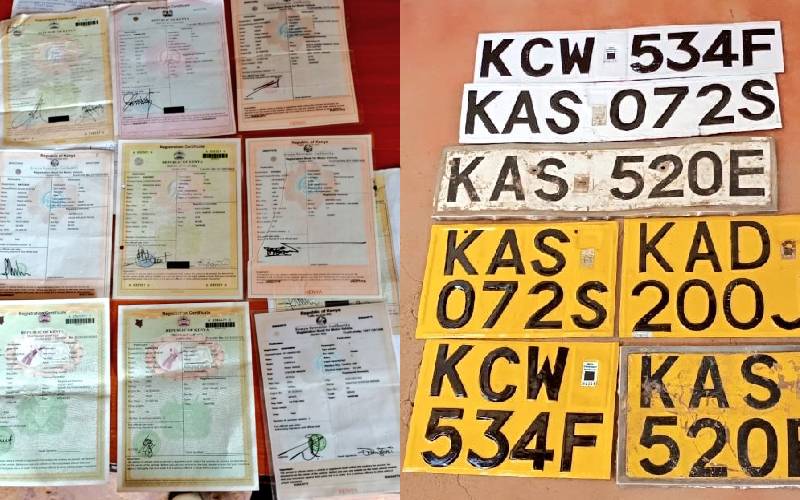 Detectives on Saturday arrested a suspect believed to be behind a car theft syndicate in South and North Rift regions and recovered seven vehicles.

According to the Directorate of Criminal Investigations (DCI), the suspect, 48-year-old David Ogeisia Migosi aka Mwalimu, was arrested in his Kitale hideout Saturday morning.

Migosi, a teacher at St Columbans Secondary School in Kitale was found in possession of 17 fake logbooks and a Toyota Probox vehicle during the arrest.

“A stealth operation netted 48-year-old David Ogeisia Migosi aka Mwalimu, a teacher at St Columbans Secondary School in Kitale who has been on the run, in whose possession were 17 Fake Logbooks and a Toyota Probox,” DCI tweeted on Saturday.

During the swoop, Migosi directed detectives to one of his hideouts in Matunda where two of his accomplices were also arrested.

The operation comes following numerous reports of stolen motor vehicles in South Rift region in which over 10 vehicles were stolen early last month.

The operation is still ongoing to recover more vehicles that have been stolen from members of the public, as the three suspects await arraignment in court.