Ruto allies marshal 123 MPs against 118 to push amendment through

Allies of Deputy President William Ruto have pulled a surprise win by mobilising 123 MPs against 118 to push through an amendment to the controversial coalition Bill.

The amendment by Tigania West MP John Mutunga sailed through after backers of President Uhuru Kenyatta and ODM leader Raila Odinga failed to marshal numbers to reject the changes.

Mutunga proposed an amendment to clause 3 of the Political Parties (Amendment) Bill, 2021 for political parties to have dominant colour.

United Democratic Alliance (UDA) is said to be pushing to own “yellow colour” as its dominant colour in what is perceived to be targeting Meru Governor Kiraitu Murungi’s Development Empowerment Party (DEP) which has similar colour.

Initially, session chair Christopher Omulele (Luanda) led the Committee of the Whole House to take a vote through acclamation on the proposed amendment.

Omulele declared a win for Uhuru-Raila but Ruto’s camp disputed the outcome, forcing the session chair to call for division.

Kimani Ichungwa (Kikuyu), Owen Baya (Kilifi North) and John Kiarie (Dagoretti South) had sought to create Political Parties Registration Board and the office of Chief Executive Officer of the Board.

Their proposal sought to alter the manner of appointment of the officials in a wider scheme by the United Democratic Alliance (UDA) to weaken the Office of the Registrar of the Political Parties.

The Ruto camp has claimed a plot by Uhuru and Raila hand over imperial powers to the office of the registrar of political parties (ORPP) in the running of party nominations.

“I noted that these proposals fall short of the requirements of Standing Order 133(5). These are new amendments that ought to undergo public participation as required by the Constitution, given the far-reaching changes envisioned therein and having gone outside the scope of the Bill as printed,” explained the Deputy Speaker.

DP Ruto yesterday claimed there was a scheme to hand the Office of the Registrar of Political Parties (ORPP) imperial powers in the running of party primaries.

By Ndung’u Gachane | 12 minutes ago

By Allan Mungai and Brian Otieno | 12 minutes ago

By Josphat Thiongó | 12 minutes ago 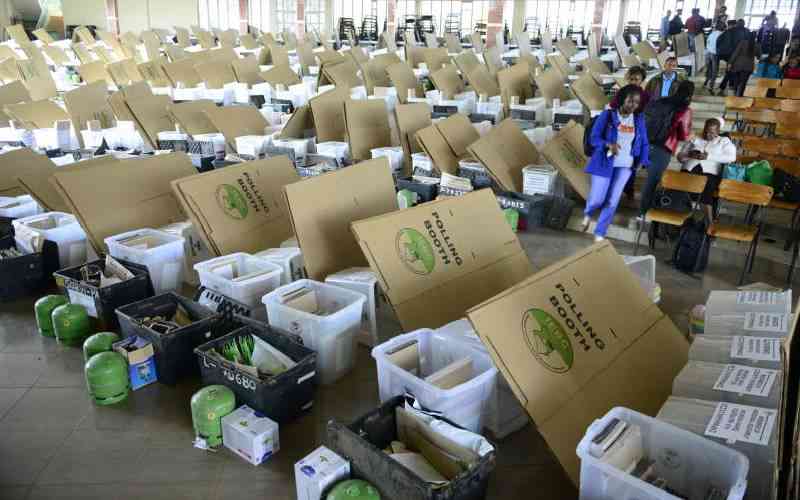 By Willis Oketch | 12 minutes ago