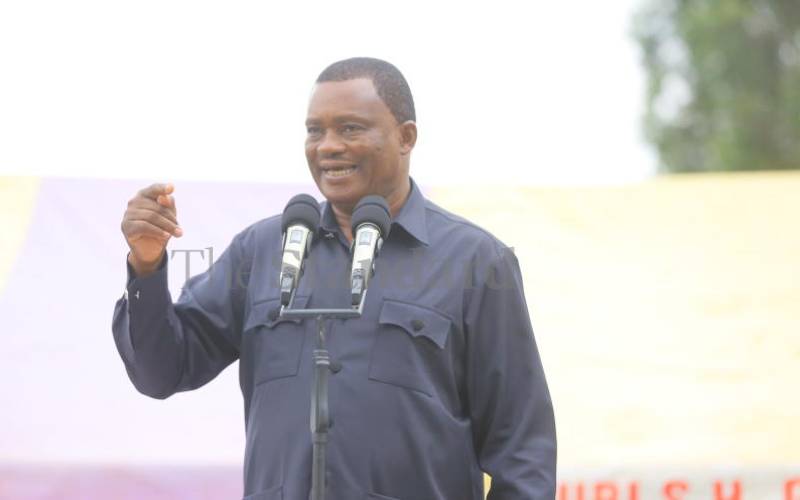 The party's chairmen from South Rift counties yesterday met at a Nakuru hotel for a campaign strategy.

"We are convinced that Speaker Muturi is best placed to lead this country after Uhuru. As a party, we are fully behind him and shall lead in selling his agenda across South Rift," said Njoroge.

He said the party is determined to return the country back to economic stability as steered by former President Kibaki.

"Through the leadership of Mr Muturi, DP will return the nation to the economic development level that our founder steered the country to when he was in power," he said.

Muturi's efforts to make inroads into Rift Valley are expected to cause a stir in regional politics.

"South Rift and the entire Rift Valley is not a preserve of a particular candidate as some people may wish Kenyans to believe. This is a cosmopolitan region open for competition by multiple candidates," said Njoroge.

He said the party has laid out elaborate strategies to ensure Muturi garners most votes in the region and urged their competitors to exercise restraint and observe the code of conduct for elections.

Njoroge further called on Kenyans to give audience to all presidential candidates to foster peace before and after the coming polls.

"People should desist from labelling a particular region as theirs. Such campaign strategies amount to fear-mongering and intimidation to the electorate," he warned.

"Coalitions should be a last resort when we have strong parties. We are hopeful that Muturi will be on the ballot and not play second fiddle to anyone. If we have to form a coalition, that shall come at the tail end and it is other parties that shall join us," said Sigei.

"DP is a strong party that has in the past produced a presidential candidate who ultimately won. We shall do our campaigns and like-minded people can only join us," he added.

The Speaker was crowned by elders as the Mt Kenya spokesman to take over from President Kenyatta.

He declared his candidature in July saying, he was determined to restore order and dignity in the country's leadership.

“We must have a country ruled by discipline and order and I'm the only person who can do that if you place me to be number one,” Muturi said in a past interview.

DP unveiled Muturi as its presidential candidate in September.

By Edwin Nyarangi | 35 minutes ago

By Jacob Ngetich | 35 minutes ago

By Josphat Thiong’o | 35 minutes ago