Down but not out: Raila Odinga vows to appeal BBI ruling 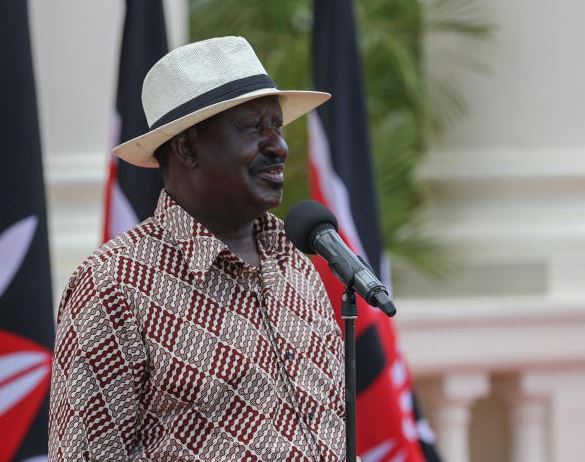 ODM party leader Raila Odinga (pictured) may have disliked the court’s outcome on the Building Bridges Initiative (BBI) judgement, but still intends to appeal the decision.

In a party statement on Saturday, Raila avowed: “We will calmly and respectfully move to the Court of Appeal to present our case as to why we think the High Court did not render the right verdict. We will do so with sobriety and with respect for our judges and courts.”

His sentiments breaking a two-day long silence on High Court’s ruling declaring the BBI process as unlawful, null, and void.

The former Premier however called for restraint from personalised attacks on the court and its members, especially the five judge-bench that delivered the Thursday ruling.

He stated: “We may disagree with the court but we must respect its ruling and its freedom to exercise its judgment as it understands the legal and constitutional matters before it.”

The team will be heading to the Appellate Court to seek a second opinion, in hopes that it shall revive ‘Reggae’.

In a televised address yesterday, Junet is quoted as saying: "We respect the decision of the court but we don't agree with it. It is not over yet; We will fight to the bitter end until a new Kenya is realised.”

Top legal minds including Bobby Mkangi, Charles Kanjama, Steve Ogolla and Elias Mutuma, however, believe the petitioners would have a low chance of success, while another section led by Prof. Ben Sihanya and Tom Joseph Kajwang, believe the lower court’s ruling would be overturned at the Appellate court.

Raila, an avid promoter of the BBI has in the past expressed that it must be subjected to a referendum.

“We agreed that the BBI must be subjected to a referendum because it entails a fundamental reorganization of the architecture of the Executive and Kenyans need to have a say in the reorganization,” he said in March.

Great beauty in the Rift

The vast valley formed when the core of the earth heaved and sighed millions of years ago as a result of volcanic activity.