Appointment of registrar of parties was against law, Jubilee official says 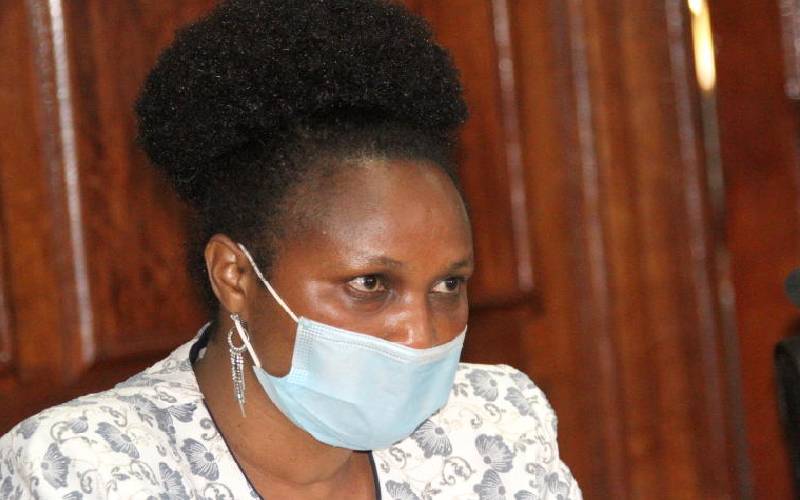 A Jubilee Party official wants the High Court to quash the appointment of Ann Nderitu (pictured) as the Registrar of Political Parties alleging the process was unconstitutional.

In a petition filed before Justice Anthony Murima, Kabundu is challenging the Political Parties Act (Amendment Bill) 2016, saying it contravenes the Constitution and interferes with the independence of the registrar.

Kabundu said by interfering with the office of the Registrar of Political Parties, the Act has brought about confusion and instability in political parties.

He said the Political Parties Act of 2011 enacted by the 10th Parliament stipulated that the registrar should be appointed by a select committee.

The select committee comprises a chairperson nominated by the president, nominees from the Institute of Certified Public Accountants of Kenya, Law Society of Kenya, Association of Professional Societies in East Africa, and two people nominated by the National Assembly and Senate.

“The PSC was removed and replaced by a committee because Parliament believed it could be influenced by the Executive,” he said.

Kabundu said Kenyans have been misled to believe that the main problem associated with the election process is brought about by the Independent Electoral and Boundaries Commission (IEBC) when in essence it is the Registrar of Political Parties.

“Political parties are engaged in vicious and selfish struggles for control of government positions and benefits instead of pursuing national interests and those of their members within agreed principals,” said Kabundu.

Justice Murima directed that all parties file their responses and written submissions within 21 days before the matter is mentioned on March 24, 2021.

Out of 30 MCAs, 27 voted to pass the bill becoming the second assembly in Rift Valley to pass it

By Abdimalik Ismail Hajir | 29 minutes ago