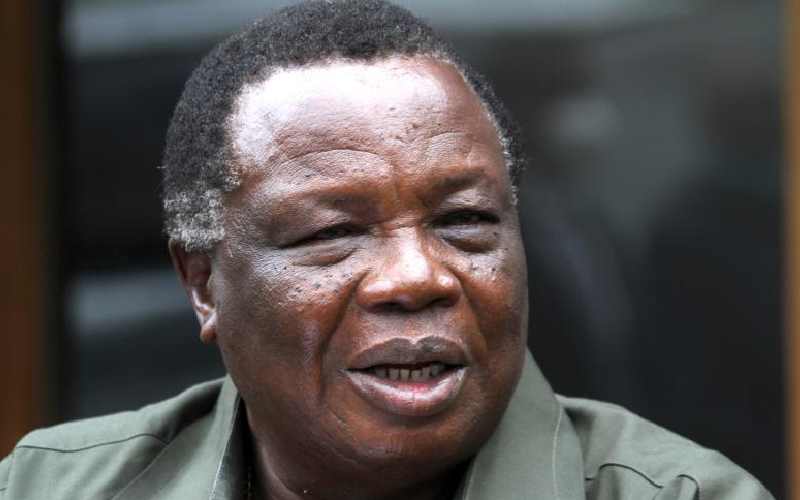 The two leaders, who were drumming support for the Building Bridges Initiative report in Kajiado County, said it was not only against African culture but also the worst form of disrespect for the DP to undermine the president.

Speaking at Kumba in Kajiado Central where they attended a Maasai traditional ceremony, the leaders who were hosted by Kajiado Governor Joseph ole Lenku and area MP Memusi Kanchori, urged Ruto to support BBI and stop misleading Kenyans.

‘’Let us tell our people the truth, let us also not mislead them, it is very clear that the discussion we have about uplifting the youth is not possible without injecting more money to local mwananchi through devolution,’’ said Kenneth.

He said BBI proposes that every ward will be awarded Sh20 million as a development fund, saying the money will assist in uplifting the youth in their development agenda.

‘’The truth of the matter is that both the prime minister and his deputies will be members of Parliament, while ministers will also be MPs, therefore reducing the wage load,” he said.

He urged the Maasai community to support the report and to ignore those opposing it.

‘’I am sure you the Maasai community need resources; BBI is your best opportunity to have it. I urge you to read it carefully before rejecting it,’’ said Kenneth.

Atwoli appealed to residents not to reject the president’s initiative that is meant to unite all Kenyans.

‘’I am confident that BBI will go though. Whoever tells Kenyans to reject it does not mean well for them,’’ said Atwoli.

The secretary general alleged that the DP was working day and night to tarnish the good work done by Uhuru while he is in the same government.

‘’We will not allow Ruto and his foot soldiers to spoil the good work that has been done by the president,” said Atwoli.

He said those preaching hatred want to bring down the country again and Kenyans should not tolerate them.

‘’We have said it many times that we do not know who will be the next president of Kenya, but we also know who will not be the president,’’ added Atwoli.

Others who attended the ceremony were Kajiado West MP Peris Tobiko, Caleb Hamisi of Saboti and nominated Senator Judy Pareno.

Ruto, allies back to drawing board as No campaign looms

Yesterday, some legislators allied to him said they would have no option but to oppose the planned referendum.

By Joachim Bwana, Collins Kweyu and John Shilitsa | 9 hours ago