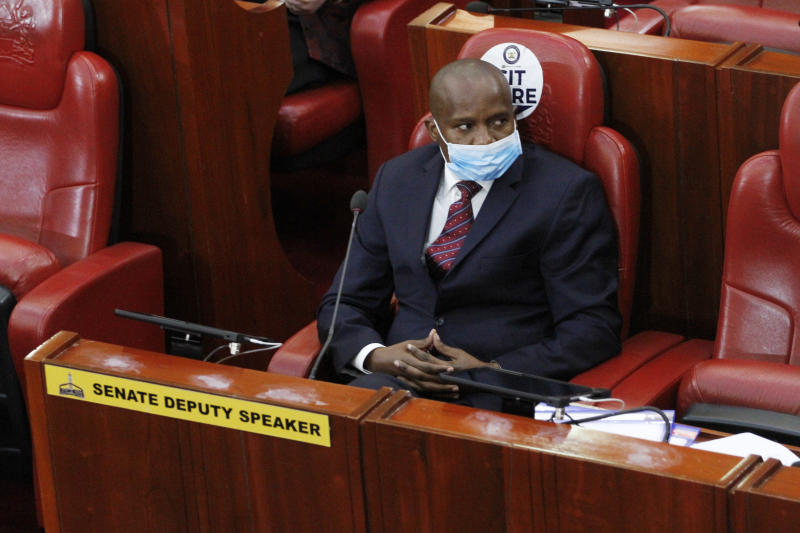 A week after he was removed as Senate Deputy Speaker, Kithure Kindiki (pictured) has reaffirmed his loyalty to the Jubilee Party and support for President Uhuru Kenyatta.

In his first communication on his ouster circulated to media houses, the Tharaka Nithi senator thanked those who stood with him in his tribulations at the Senate, but added that he remains loyal to President Kenyatta.

“I request the residents of Tharaka Nithi and Kenyans at large to remain calm and focused on the things that matter to us collectively as a nation. I reiterate my remarks in my exit speech on the floor of the Senate on the day of my removal, that I remain a loyal member of Jubilee and a supporter of President Uhuru Kenyatta until the end of his term in August 2022,” read the signed statement which was dated May 26.

He appreciated leaders from different fields who pleaded, albeit in futility, with the Jubilee leadership and President Kenyatta to spare him from the removal process fronted by the newly installed Senate Majority Whip Irungu Kang’ata.

Kindiki also pleaded with the national government to complete stalled projects in the region, and to appoint someone from Tharaka Nithi to a senior position in the expected reorganization of the government.

“In the meantime, I respectfully appeal to President Kenyatta’s administration to hasten completion of several roads, water and other development projects that began in 2013 but have since stalled. Additionally, I request the President to compensate the people of Tharaka Nithi for my removal by appointing another son or daughter of the county to a senior position in government, in the wake of reports of possible reorganization of the government,” he said.

He said the social media accounts bearing his name and which have seen much discussions in the wake of his removal, were not his.

Flea markets along roadsides are not the only new normal, in estates cars have been turned to markets as a measure to earn an extra coin