Explainer: Just what does it take to remove Speaker Justin Muturi? 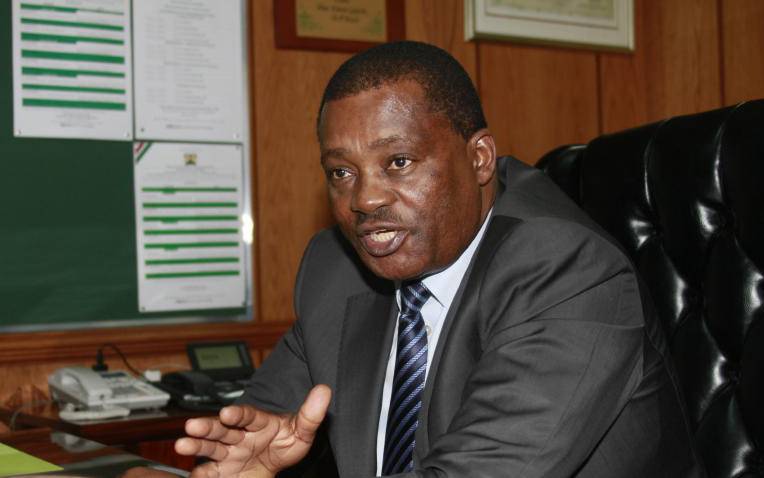 A political storm is gathering between a section of Members of Parliament and the National Assembly Speaker Justin Muturi over the implementation of the Building Bridges Initiative report.

This, after Speaker Muturi (above) over the weekend, declared his support for a referendum instead of a parliamentary process to implement the report.

Muturi argued that the process ought to be people-driven and that the parliament cannot be relied upon to legislate on the BBI.

"Since 2013 there is no constitutional amendment that has been successful in Parliament. Politicians have a way of picking what is in their interest and running away with it. Parliament can only receive the document in form of a policy or a Bill," said Muturi.

His stance has won him friends and foes alike from the House. While he shares an opinion with ODM legislators; a section of Jubilee lawmakers on the pro-William Ruto Tanga divide, have lashed at him for his sentiments.

Gatundu South MP Moses Kuria on Monday threatened to sponsor an impeachment process to kick out Muturi from the speaker's seat.

"Why Justin Muturi would allow himself to be bribed with a tilapia meal by John Mbadi in Migori to rule out a parliamentary route for BBI is a mystery for me. Today I will start collecting signatures to impeach him," Kuria posted on his social media page on Monday.

The law states that the speaker's seat falls vacant:

·         When a new House of Parliament first meets after an election;

·          If the relevant House so resolves by resolution supported by the votes of at least two-thirds of its members; or

·          If the officeholder resigns from office in a letter addressed to the relevant House.

Despite being an ex-officio member of the House, the speaker may leave or be ousted based on section 103 of the Kenyan law. This is an article that stipulates circumstances under which seats of members of parliament are declared vacant.

Since the speaker's supposed to be a non-partisan seat, reasons that may lead to vacancy may include death

Another section that adds more condition is Chapter Six under Leadership and Integrity which requires state officers to show responsibility, accountability, and integrity.

·         Petition: In the case of Speaker Justin Muturi, a legislator or any Kenyan citizen can petition the National Assembly about alleged gross incompetence or law violation by the speaker.

·         House debate: The petition having been received by the Clerk of the National Assembly will be subjected to debate. Members supporting the move will be giving views and a subsequent resolution justifying why they are impeaching the speaker.

·         During the session, a member of parliament or the deputy speaker will be tasked with presiding over the debate.

·         Voting: The motion will then be subjected to voting by the member, where the Clerk of the National Assembly will tally the results.

·         Outcome and decision: If the impeachment motion will receive at least two-thirds of the votes, then it will be resolved that the speaker ceases to be at the helm of the National Assembly. If those supporting the motion are below a two-thirds majority, then the speaker will continue to serve his or her term.

Legal experts such as lawyer Kamotho Waiganjo, however, argue that ousting Speaker Justin Muturi is a near mission impossible.

In an interview with Standard Digital on Tuesday morning, Mr Waiganjo pointed to the disunity in the Parliament as a possible safety net that may rescue the Speaker.

He opined that impeaching a speaker in the Kenyan political environment would require a lot, given that we have a polarised National Assembly and need to marshal support for the motion.

"Sanctioning the speaker is not that simple. Remember you need a high threshold and I think it is a two-third. And, I am not sure if my good friend Honorouble Kuria can raise that (two-third) to send Muturi home," he said.

"The decision as to whether BBI will go the parliamentary route or not is a decision by the promoters, Speaker Muturi just gave his view," he added.

Mr Waiganjo argued that even if Muturi's impeachment motion were to sail through, courts would reinstate him if there are verifiable reasons.