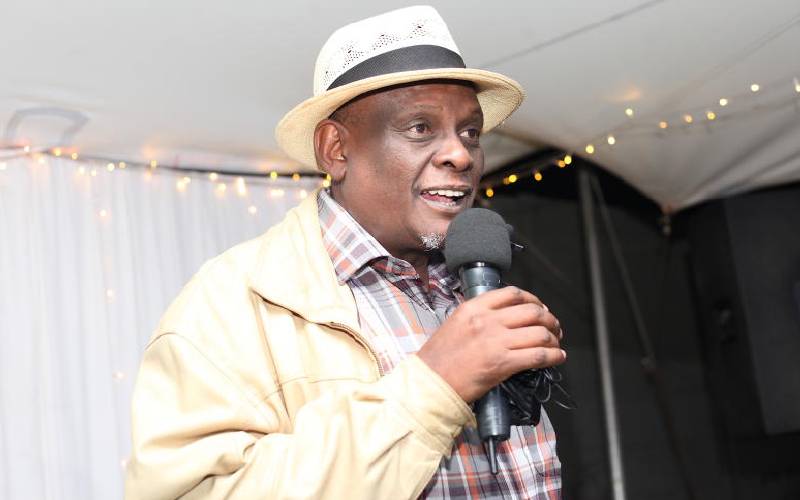 The late Nicholas Biwott was a good friend of mine. In the Nyayo days, it was always a pleasure to walk with him into a hotel. The man exuded power and authority despite his diminutive size. No wonder they called him the Total Man.

Mr Biwott once told me that the president needs five men. One is the man who controls Parliament, the second, runs the machinery of government, the third is a man who can bring large amounts of money as and when required, the fourth is the man who can mobilise thousands of people into the streets at short notice. Then he paused, and said, “the president needs an iron fist. A man who will come out and knock out the teeth of anyone who opposes the president”. That man is me. Everybody in Kenya knew that if you messed with Nyayo, Biwott would deal with you.

Today, President Uhuru Kenyatta has his five men. The Total Man is one David Murathe. Murathe started politics as a radical student leader. In 1982 following the failed coup, he was jailed together with other students. He was jailed again when he was falsely accused of being part of “Mwakenya”, an anti-Moi movement. A few years later he started working with Uhuru and joined him in Kanu. In 2002, he lost his Gatanga seat and his boss lost in his first stab at the presidency.

Murathe was appointed chairman of the Uhuru Kenyatta (UK) Centre. Its sole purpose was to get Uhuru elected president. In 2013 he brought Ruto and Uhuru together. This was an alliance that initially seemed doomed and stillborn. The combination of Ruto and Uhuru brought together the best numbers and served to ensure that peace would return to the Rift Valley, which was burning. Uhuru was initially against the promised alliance but was convinced. Murathe played a major role in convincing Uhuru.

In the shadows of a looming International Criminal Court (ICC) and hostility of the establishment, which did not relish the prospect of two possible ICC convicts ruling Kenya, they somehow managed to pull off a victory. After the victory, many people expected Murathe to get a major post, perhaps a Cabinet position, but he chose to stay out of government. “I need to do some business and I don’t want to be constrained by being in government. Instead, he became a Ferrari without brakes. Did he lose power? Absolutely not. As my friend Biwott once told me “you don’t need to have a flag to have power”.

Murathe is a warm and friendly man. He speaks bluntly, sometimes to a point of rudeness, but with such disarming charm that even when he is telling off his political enemies, he doesn’t come across as hostile. Somehow he continues to remain friends with people that he has fought tooth and nail on political battlegrounds. This skill has made it easy to reach out to political enemies (yet personal friends) and reach political compromises that would have been impossible.

But don’t let this congeniality fool you. If necessary, he will knock your teeth out and he is definitely the president's Total Man'. Murathe has friends across the government and can, and will, use the levers of the State when needed to accomplish his goals. You can always see Murathe’s hand when major political events happen. Is he the boss’s man? Don’t bet against it.

It was Murathe who launched the first salvo against the deputy president and declared that he would never work with him. His attacks were so savage that the whole country was shocked. No one had dared to attack Ruto openly. Was Murathe speaking on behalf of the boss, was it his personal view or was he forcing the agenda against the deputy president? I was not party to the discussions, but I believe it was a mixture of all three.

When the history of the Uhuru Kenyatta era is written, historians will note Murathe’s role with perplexion. How did the man from Gatanga, who arranged the Jubilee marriage, chaperone the divorce? In fact, they will ask, was he responsible for the divorce? Or would Kenyatta have tolerated a tanga tangaring partner? They would also ask why Murathe did not try to save the marriage.

Could he have salvaged the marriage or was it beyond the point of repair? Such is the bluntness, the unforgiving nature of Kenyan politics, in fact of all politics. But of this, I am certain, if Uhuru were to make a volte-face and decide to deal again with Ruto, it will be Murathe who will be the messenger. And he will head straight to Karen with a smile. Kwani? It wasn’t personal. It has never been.

By Ted Malanda | 2 hours ago

Blimey, we are now naming elephants!

Chris Kirubi and the gospel of seek ye first wealth and all...
Feedback