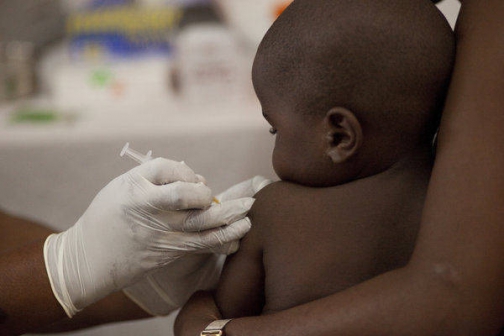 Seven in every ten Kenyans are at risk of catching malaria. Those who catch it are at the risk of becoming part of the 400,000 people in the world who die from malaria annually. Most of these victims are babies and pregnant women from sub-Saharan Africa.
Against this bleak backdrop, the recent announcement by the World Health Organisation (WHO) that Kenya will be one of the three African countries to participate in the new Mosquitrix malaria vaccination programme is welcome news. But even as we await for trials of this vaccination programme, we should also look East and embrace the malaria medicine that has worked there for centuries.

Kenya stands to gain from powerful antimalarial Chinese drugs, thanks to a new partnership with China’s National Health and Family Planning Commission and the State Administration of Traditional Chinese Medicine of the People’s Republic of China. In a speech during the opening ceremony of China-Africa Symposium on Fast Elimination of Malaria through Source Eradication, Commissioner Wang Guoqiang from China affirmed the tried and tested nature of Chinese medicine, “Chinese medicine is a medical science that has been gradually developed and enriched through thousands of years of production.”

In 2015, Prof Tu Youyou from China won the Nobel Prize in Medicine or Physiology ‘for her discoveries concerning a novel therapy against malaria.’ In her Nobel speech during the award ceremony, she talked about ‘the diligence and dedication of Chinese scientists during the search for antimalarial drugs from traditional Chinese medicine 40 years ago.’ Since the early seventies, she led a team of these scientists in digging into ancient Chinese malaria cures that spanned as far back as 770 BC.

At the heart of this Chinese approach is an artemisinin-based treatment for malaria. Artemisnin is a curative chemical that is found in a herb known as Qinghao in Chinese and Sweet Wormwood in English. This is not just a marginal trial-and-error treatment since it was recommended by the World Health Organisation in 2001. Even more telling, China used the treatment to wipe out malaria in the Comoros, the tiny Western Indian Ocean Island.

Kenya has two options for tackling malaria — to manage it as we have been doing since independence or to eradicate it, as countries like Comoros and Sri Lanka have done. Since managing malaria still leaves thousands of Kenyans dead annually, the best approach is to eradicate it so that it ceases killing our people. To do this, we need to urgently invest resources towards innovative large-scale treatment that we haven’t tried before.

Indeed, a malaria-free Kenya is a goal that is very much within reach if we can only tap into the immense natural health of herbal medicine as a whole and Chinese traditional medicine in particular. This medicine could potentially present a healthcare pathway that Kenya start walking on towards eradication of this killer disease. Think and live green!

-The writer is the founder and chairperson, Green Africa Foundation www.isaackalua.com

Kenya to roll out 1st ever Malaria vaccine in May

Raila is among a small list of African politicians who have made several attempts and spent many years knocking at the gates of state house.

By Rosemary Nzuki | 10 hours ago