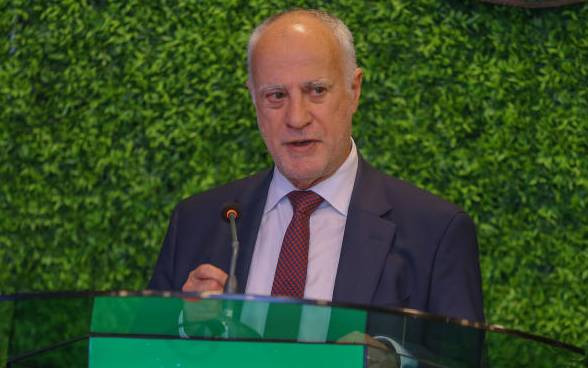 National carrier Kenya Airways has protested the slow pace with which the government is implementing the nationalisation of the airline.

It has warned it could fly into more turbulence within six months if the programme is not completed.

Kenya Airways Board Chairman Michael Joseph (pictured) yesterday expressed their frustrations at how the Ministry of Transport was handling the recommended programme. He complained to a parliamentary committee that since the National Assembly directed the nationalisation, little had been done, throwing their restructuring plans into disarray.

Mr Joseph said since July when parliament voted to nationalise the listed airline, approving the government’s buying out of the minority shareholders, there was no clear roadmap and set timelines for the programme, placing the airline at risk of plunging into more debts.

He told the National Assembly’s Transport Committee that while they had worked out their plans and engaged both financial and legal advisers on the nationalisation programme, there was little that had been done by the government to actualise the plan.

“Our frustrations and impatience is that about six months later, we have no timelines on when the process should end. We are not even sure if it will go to conclusion,” said Joseph.

He added: “We are frustrated that this is really taking long. We have vented as much as we can and I am sure even the PS (Transport Principal Secretary Esther Koimett) is not happy with me stating this publicly, but we can tell you that unless this is done within the next six months, then the airline will no longer be a strategic asset for this country.”

But Koimett defended the ministry, stating that since parliament’s move, they had formed steering and technical committees that are now handling the specific elements of the process.