Police: We’ll pay Sh60m reward for those who aided arrest of terror escapees 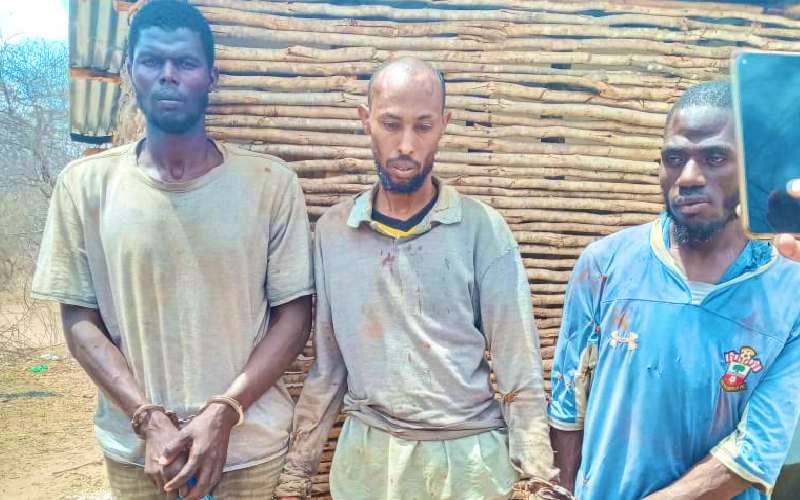 The National Police Service (NPS) has said it will pay a Sh60 million reward it had promised for those who helped in the arrest of three terror convicts who escaped from Kamiti Maximum Prison on November 15.

In a statement seen by The Standard on Sunday, police spokesperson Bruno Shioso said police were investigating the matter to ensure the reward goes to deserving individuals.

“The government intends to honour its pledge on the cash reward, but the process is being subjected to verification to ensure only deserving and genuine people are rewarded,” Shioso said.

Police said following the arrest of Musharaf Abdallah Akhulunga, Mohamed Abdi Ali Abikas and Joseph Juma Odhiambo in Mwingi, Kitui County, many people have come forward to claim they played a role in their arrest hence the need to probe and find out who really should get the reward.

He said investigations are underway following the recapture of the trio and that crucial leads have been collected at the scene of the arrest for forensic analysis.

“Investigations following the recapture of convicted escapees is progressing well and so far crucial leads are undergoing forensic analysis,” said the statement.

Shioso, however, said the government will not disclose the beneficiaries because of the security nature of the incident, adding that it will be risky to make public names of beneficiaries.

He said the government acknowledges that the re-arrest of the convicts was made possible with the help of members of the public.

Paul Mwaniki, an ex-NYS trainee, pleaded with the government to reward him and other locals the bounty that was placed on each head, saying they helped the officers arrest the trio.

Mwaniki who took a selfie with the three convicts after their arrest said he and other locals spotted the trio at Endau Malalani Ward in Kitui County and alerted the police.

"They walked in some sneaky way and through thorny bushes to avoid contact with locals,” he said.

The Directorate of Criminal Investigations (DCI) on November 15 offered a cash reward of Sh60 million for information leading to the arrest of the three escapees.

"A reward of Sh60 million will be offered to anyone with information that may lead to the arrest of the following three terror suspects, who escaped from Kamiti Maximum Security Prison today at 1 am," DCI said.

By Edward Kosut | 45 minutes ago

Isaac Aluochier: The man who smoked out President Uhuru
;
Feedback