When residents of Kayole estate in Nairobi rioted two days ago and detained the body of a 38-year-old man who had died in police hands, they were following a script that was witnessed in Embu two weeks ago.

The most recent victim of police excessive force, John Kiiru, was allegedly clobbered to death by officers in civilian clothes after he breached curfew rules.

It is emerging that cases of police brutality resulting to maiming and death have reached alarming levels. Kenya has recorded a chillingly high number of civilians who have died or been maimed while in police custody.

Statistics from the Independent Policing Oversight Authority (IPOA) show that between January and June of this year, 1,324 complaints were filed. This was before the Embu and Kayole incidents.

Out of these, 105 were allegations of deaths and serious injuries. The statistics show that 21 people have died in police custody in the last six months, while 55 died from police action.

Also, 15 cases of shooting, causing injuries, have been reported as well as 12 forced disappearances and two cases resulting from unlawful discharge of firearms.

Kiiru’s death came barely three weeks after two brothers in Embu were found dead after being arrested by officers enforcing the 10pm to 4am curfew in place to curb spread of Covid-19. The bodies of 22-year-old Benson Njiru and Emmanuel Marura were found in the morgue three days later.

They had been arrested on August 1 as they walked home from Kianjokoma market where they operated a butcher shop.

The deaths of the siblings triggered violent protests as residents accused the police of killing two young men who were still pursuing their education.

Chaotic scenes were witnessed in Kayole where residents took to the streets, demanding action be taken against police oficers involved in the death of Kiiru.

“He called me at around 12.30am and told me police officers had injured him,’’ said his wife, Esther Wanjiru.

Residents said Kiiru was being ferried home on a motorbike when he fell after a police car rammed the motorcycle. The boda boda operator had allegedly disobeyed police orders to stop.

Since inception in June 2012, IPOA has achieved 12 convictions with another 98 cases before various courts.

Yesterday, Kiiru’s family said a post-mortem will be conducted next week as IPOA launched investigations into his death. “Upon conclusion, if culpability will be found, IPOA will make appropriate recommendations to the relevant State agencies and also upraise the public on its findings,” said a statement by IPOA chair Anne Makori on Thursday.

The investigators want to know the death falls within the authority’s mandate of holding the police accountable for their actions.

Uhuru did not get fair hearing but he can be sued, say judges in BBI appeal case

The High Court found that Uhuru had breached Chapter 6 of the Constitution and can be personally held accountable.

By Fidelis Kabunyi | 45 minutes ago

By Kamore Maina | 45 minutes ago

By Harold Otieno Odhiambo | 45 minutes ago 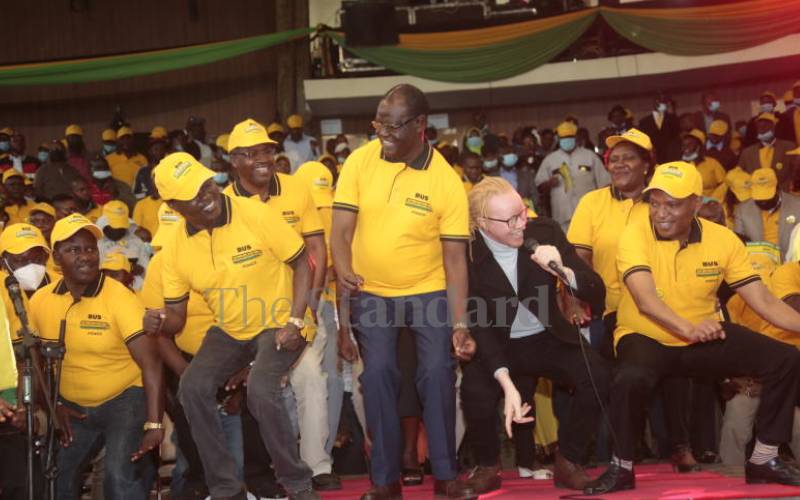 By Josphat Thiongó | 45 minutes ago