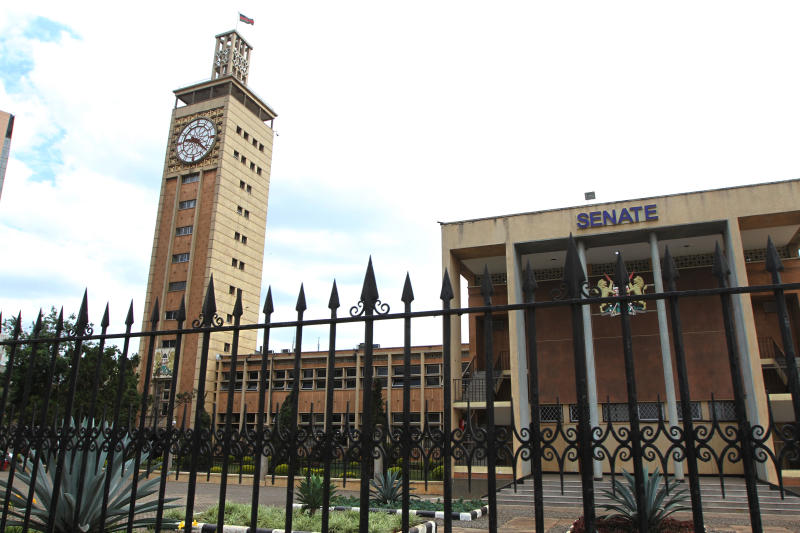 The National Youth Service (NYS) may not manage to fully utilise Sh10.2 billion allocated by the Treasury if Parliament does not move with speed to regularise the law that changed it to a State corporation.

The fate of the NYS council, chaired by Lt Gen (Rtd) Njuki Mwaniki, is also unclear following a High Court decision to annul the National Youth Service Act of 2018.

NYS is one of the entities whose operations will be affected by the judgment that nullified 25 laws enacted by Parliament. Sections of health laws touching on the Kenya Medical Supplies Authority were also affected.

In a landmark decision, justices Jairus Ngaah, Anthony Ndung’u and Mumbua Matheka declared the laws unconstitutional but gave the National Assembly a nine-month ultimatum to comply with the Constitution, failure to which they stand nullified.

“We say so because had the National Assembly paused and asked itself the same question before it set out to enact laws contrary to the express provisions of the Constitution, and in flagrant disregard of the Supreme Court’s opinion on the role of the Senate in the legislative process, it would have appreciated the grave consequences that were bound to arise from its actions,” reads the judgment.

Former National Assembly Speaker Kenneth Marende, however, said any action taken based on the scrapped laws were legal as at Thursday when the judges delivered their decision.

Marende said the National Assembly needs to swiftly transit the Acts to the Senate, adding that one cannot purport to ground operations during the grace period.

“A party in the case can also go to the Court of Appeal to challenge the decision and obtain orders suspending execution of the judgment, pending hearing and determination of his application,” he added.

Marende, who served as Speaker in the Tenth Parliament, said the Constitution is clear on how laws should be passed, and where it says Parliament should pass a Bill it means this has to be done by both Houses.

Article 110 (3) states that before either House considers a Bill, speakers of the National Assembly and Senate shall jointly resolve any question as to whether it is a Bill concerning counties, and if it is, whether it is a special or an ordinary Bill.

But Kilifi Senator Stewart Madzayo said officials appointed based on any of the nullified laws should vacate office until both Houses put things in order. “The Ethics and Anti-Corruption Commission and the Director of Public Prosecutions should take action against anyone who decides to remain in office as we wait for the laws to be regularised.”

Madzayo said the country would not have found itself in such a sticky situation if the National Assembly had followed the law. “When you pass bad laws, the same government will come back to bite you and the end result is what we are witnessing now.”

Homa Bay MP Peter Kaluma, who is also a member of the National Assembly’s Justice and Legal Affairs Committee, said the High Court decision is grave and far-reaching given that most of the laws are no longer in force while some are already in operation.

“The judgment is set to disrupt the societal order and courts are not supposed to do this. If the court says the Senate was not consulted, are there any laws on how this should have been done? The court is infringing on Parliament’s internal operations,” Kaluma said.

Previous article
Kenyans cause chaos on our roads, but they won’t admit it
Next article
We can build lasting bridges but only with sobriety through BBI

Parliament did well to uphold right to picket